Protectionism, pension reform, and pushing toward a common gas market. This and more in our monthly briefing on the Eurasian Economic Union. 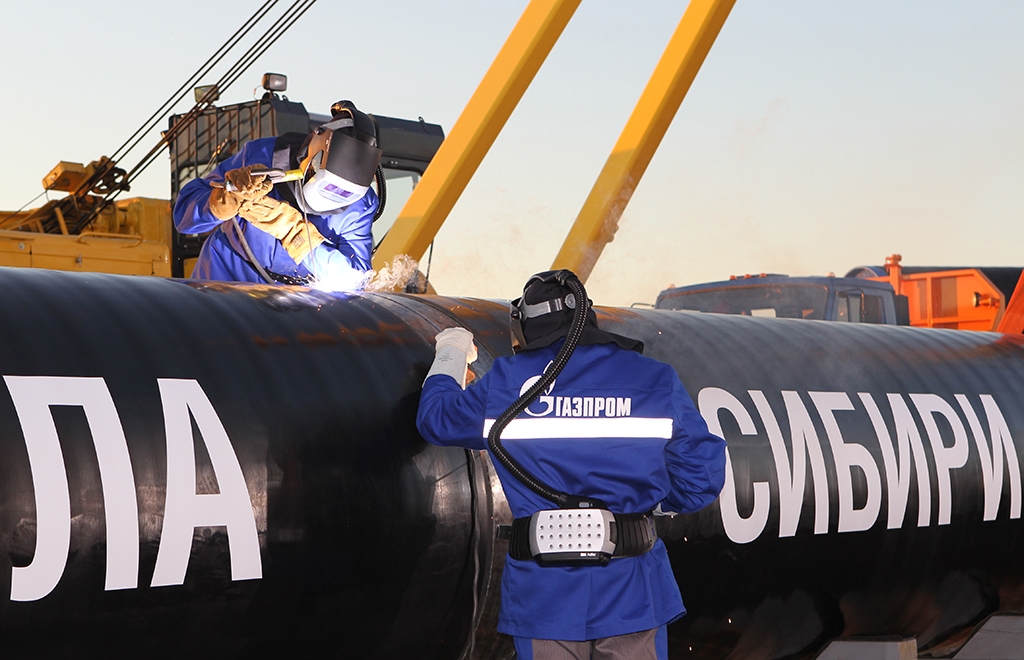 In what was a mostly predictable development, Russia’s Gazprom on December 24 announced it had agreed to continue supplying Belarus with natural gas at $127 per thousand cubic meters. This is more than Minsk would like, but less than the $165 rate paid by poorer EAEU member Armenia.

Kyrgyzstan buys gas on the border with Kazakhstan at $150 per thousand cubic meters, but it is negotiating with Gazprom for lower tariffs. Kyrgyz acting Prime Minister Artyom Novikov has said getting that rate down would enable the country to convert its main electricity power generator in Bishkek from highly polluting coal to gas.

Mikhail Myasnikovich, the chairman of the Eurasian Economic Commission, or EEC, the EAEU’s permanent regulatory body, nonetheless forecast last month that an agreement on a common gas market could be drafted this year. Signing could take place in 2022, he said.

"We hoped that maybe we would get it even by the end of 2020, but most likely we will get a document at the beginning of 2021,” he said, reiterating the goal of having everything in place to have a functioning common market by January 1, 2025.

Even as it negotiates side-deals for now, Belarus assures that it is firmly committed to the EAEU integration project. Speaking on December 19, after Minsk took over as rotating chair of the Commonwealth of Independent States, another and far looser post-Soviet club, Belarusian Foreign Minister Vladimir Makei said that pushing further integration, in the CIS and EAEU alike, would be a priority in 2021.

Belarusian Deputy Prime Minister Igor Petrishenko returned to the theme on January 4, vowing that Belarus would strive to make certain that the EAEU becomes a full-fledged economic union, ensuring freedom of goods, services, capital and labor, by 2025.

Minsk evidently feels compelled to be reassuring on this point. Russian President Vladimir Putin took time while sending his New Year’s greetings to his Belarusian counterpart Alexander Lukashenko to point out that this was a year for enhancing integration in not just the EAEU and CIS, but also the Collective Security Treaty Organization military alliance.

The merging of CIS and EAEU agendas looks striking, since the former has a slightly wider composition and includes countries like Azerbaijan, Moldova, Tajikistan and Uzbekistan. Turkmenistan hangs around on the fringes of the CIS as an associate member.

Out of that complement, Uzbekistan, with its 33 million-strong population, is the country the EAEU would be most eager to bring into the fold. By acquiring observer status within the bloc last month, Tashkent took a baby step toward accession.

Uzbek President Shavkat Mirziyoyev said that 2021 will be devoted to ensuring that his country speeds up efforts to harmonize technical norms and standards with those of the EAEU. But Mirziyoyev noted in the same speech, which he delivered to a joint session of parliament on December 29, that this would also be the year in which Uzbekistan boosts its work on gaining admission to the World Trade Organization and improves engagement with the European Union.

The aspiration in the EAEU is to increasingly negotiate with other partners as a united front. India is one important objective.

Mikhail Cherekayev, deputy director of the EEC trade policy department, said that the coming six months will see negotiations with New Delhi on creating a free trade zone between India and the trading bloc. Trade between India and the EAEU in the first three quarters of 2020 reached $9 billion, but the bloc sees potential for more.

The EAEU is obviously also a defensive structure. And for all the anti-Western rhetoric in the air in many post-Soviet nations these days, it is China that represents the greatest spoiler for the bloc’s fortunes.

A lot of attention has been focused on seamless steel pipes used for drilling and operating oil and gas wells. The EEC said in December that its internal market defense department will continue its investigations into how to structure anti-dumping tariffs through to February 23. The same department in November concluded that five-year duties should be imposed on major Chinese producers – 14.6 percent on Foshan Vinmay Stainless Steel and 17.3 percent on Guangdong Sumwin New Material Group and other companies.

This protectionism is the norm internationally. EAEU defenses are roughly commensurate with those the United States and the EU take to shield their own steel markets against China’s anti-competitive practices.

Moscow-based logistics news website Logirus noted on a related point that the EAEU is always more disposed to adopt defensive maneuvers where it involves the metals sector. The website found that of the 24 protective measures implemented by the EAEU in 2014-19, the majority were to serve the interests of companies making things like pipes, rolled metal products, electrodes and other metallic components. Incoming consumer goods get an easier ride, Logirus concluded.

One important strand of integration that has now been implemented is the provision of bloc-wide access to pensions, which came into effect on January 12. This means that an expatriate laborer who has worked and paid taxes in another member state will now be eligible for a regular pension from that country’s government, immaterial of whether they subsequently relocate back to their home country. With the amount of labor migration that happens across the EAEU, most notably in the direction of Russia, this will be a major boon to people who have labored for years in a country far from home.