A longtime gray cardinal is in trouble after violating social-distancing laws. But breaking rules is what bigwigs do in Azerbaijan. 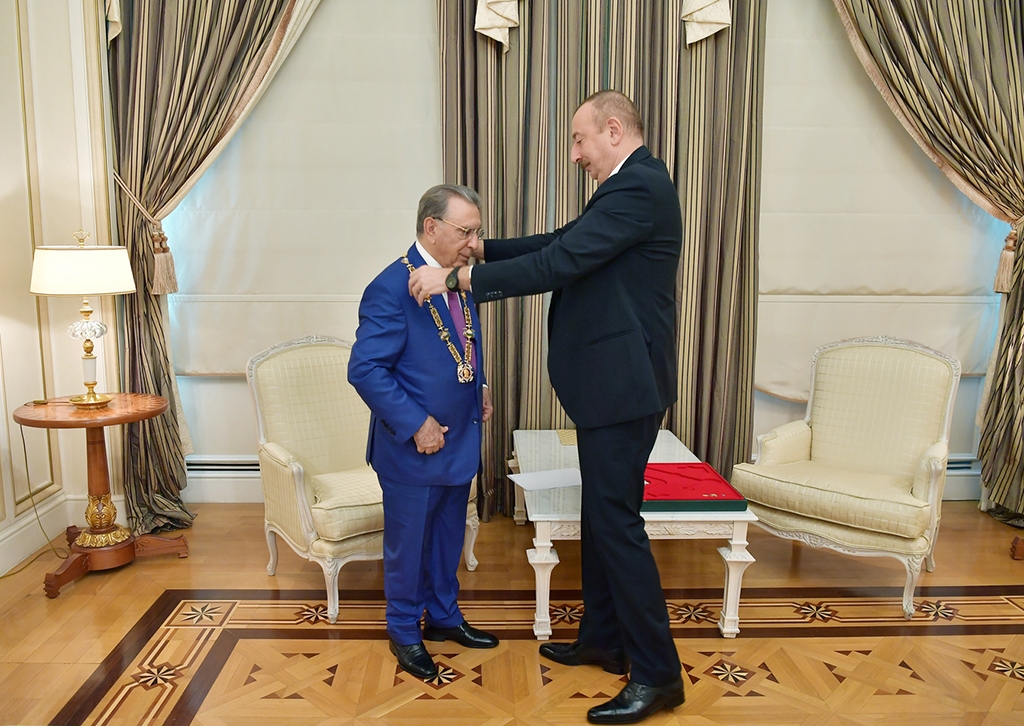 The bride was a granddaughter of Ramiz Mehdiyev, the top advisor Aliyev inherited from his father, Heydar, who died and made Ilham president in 2003. Mehdiyev has long been one of the most influential political figures in Azerbaijan. He was let go last October.

The government swiftly responded. On August 22, a court in Baku jailed for 15 days both Ramiz Mehdiyev’s son-in-law Ilham Aliyev (the bride’s father, not the president) and the groom’s father Rovhsan Mustafayev, a commander of the State Security Service, for violating lockdown. Videos and photos seen by the court were then widely broadcast by state-friendly media.

The deputy executive secretary of the ruling Yeni Azerbaijan Party, Siyavush Novruzov, who also attended the wedding, received a written reprimand for his attendance and resigned on August 24. Novruzov later said he was deceived by Mehdiyev, who told him that he had the president’s blessing to hold the wedding despite the ongoing lockdown.

Novruzov was fined 400 manats ($235), as were a number of former officials and two of Mehdiyev’s grandsons.

Government-friendly media described the arrests and fines as justice served. State television announced that “no one is above the law,” adding that “President Ilham Aliyev taught Academician Ramiz Mehdiyev a lesson.”

Opposition media and activists see the episode as further evidence of a schism within the ruling elite.

The online Azad Soz channel based in Germany said that by handcuffing Mehdiyev’s relatives, Aliyev made “the most open, severe and humiliating attack on Ramiz Mehdiyev to date.”

Activist Bakhtiyar Hajiyev said the arrests are “the next stage of the battle between the clans.” He claimed that Prime Minister Ali Asadov also hosted a wedding for his daughter recently and that it went unnoticed by the government.

“A show trial to ridicule Ramiz Mehdiyev is not a show of justice,” Anar Mammadli, head of the Baku-based Center for Election Monitoring and Democracy Studies, wrote on Facebook. In another post, he said that Mehdiyev had this kind of abuse coming to him – that is the legacy he created during decades at the highest echelons of Azerbaijani power.

Mehdiyev was pushed out last October as Aliyev’s top adviser. At the time, several top officials were replaced by allies of Mehriban Aliyeva, the first lady and first vice president. Aliyeva’s increasingly public role in recent years, and the rising stature of some of her relatives, have fueled speculation that she may one day succeed the president, or at least that people close to her family are benefiting from power.

Mehdiyev broke his silence on August 24. In a statement published on the website of the National Academy of Sciences, where he is president, Mehdiyev said a “double standard” had been applied to his granddaughter’s wedding. He claimed that many government officials and public figures have organized weddings and birthday parties during the pandemic but “no one who committed an administrative offense was handcuffed or demonstratively brought before the judge.”

The next day, Mehdiyev published a stronger statement threatening to sue a number of MPs, political analysts and journalists for what he described as smear campaign.

He particularly took offense over allegations aired on social media that he led a Russian fifth column in Azerbaijan and had created artificial obstacles for President Aliyev’s reforms during his 24-year tenure as head of the Presidential Administration.

“Those who have become tools of such ugly games should consider that they often create serious problems first of all for our independent state by often mentioning Russia in their speeches. In fact, they accuse Russia of forming a large spy network in the government structures of our country, thus giving some interested circles in Moscow an excuse to provoke Azerbaijan. Such irresponsible and dangerous games must be avoided,” Mehdiyev said, reiterating his undying support for President Aliyev.