Labor migration keeps millions from extreme poverty. But in the Caucasus and Central Asia it has created a vicious circle that undercuts job creation at home, a new study says. 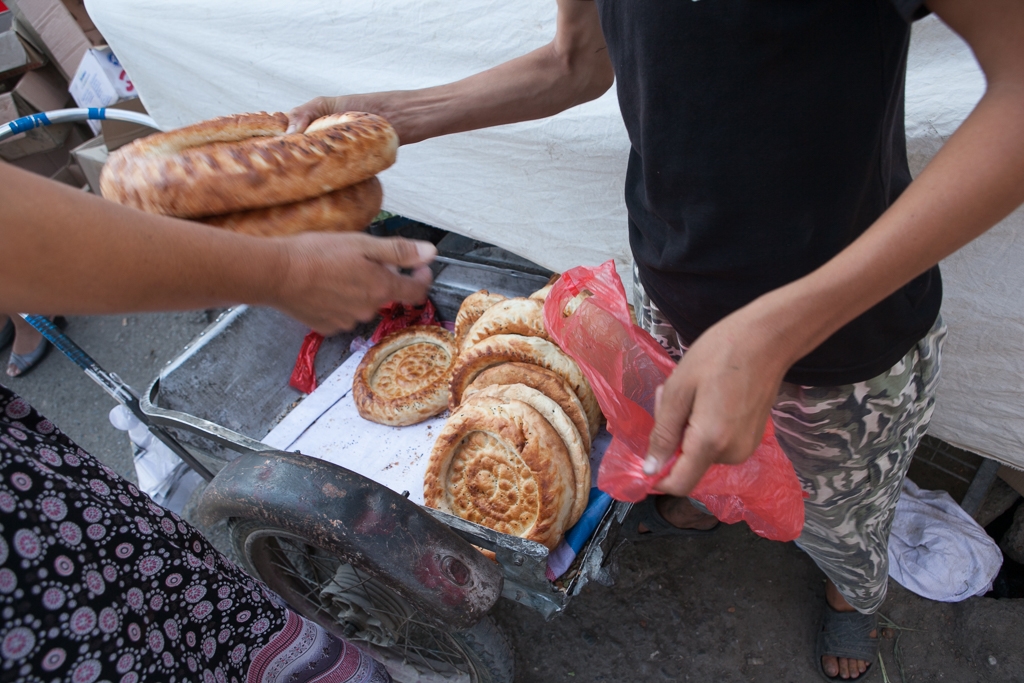 Several countries Eurasianet covers are among the most remittance-dependent in the world, where millions of people elude poverty because they have a relative toiling abroad – usually Russia – who sends money. Kyrgyzstan and Tajikistan are usually ranked in the top three, with remittances equivalent to about a third of GDP; Armenia, Georgia and Uzbekistan are not far behind.

A new study suggests these cash transfers – billions of dollars per year – may quietly ensure those migrant relatives have no reason to return.

Remittance dependence makes these countries less competitive, the January working paper published by the World Bank found, frightening off the kind of foreign direct investment that could lead to job creation.

When a large number of people leave to work abroad, it’s harder for employers back home to find workers. That drives up wages – "by between 2 and 5.5 percent for a 10 percent supply shock to the labor force.” Meanwhile, many families are receiving regular infusions of cash from abroad, making some less willing to work. The authors, led by Jimmy Apaa Okello of the Bank of Uganda, cite research from Armenia that found “households which receive remittances work fewer hours than households which do not.” Another study uncovered a similar situation in Tajikistan.

Along with pushing up wages in local currency, like the Kyrgyz som or the Armenian dram, the remittances strengthen the value of those soms or drams – because the cash entering the country is used to buy the local currency, driving demand. This exchange rate appreciation, coupled with the rising costs of labor, further increases the cost of labor in dollars. The chart below, based on the authors’ findings, shows the rise in labor costs denominated in local currencies (LC) and dollars:

Families receiving cash from abroad (30-40 percent of families in Tajikistan, for example) have more money to spend locally, which drives demand for services (a taxi ride, a wedding), in turn causing their prices to grow.

A rise in productivity – which can be measured as the value of output per hour of labor – could offset these pressures. Yet that isn’t happening at anywhere near the rate required to keep up with wages. While productivity in the highly remittance-dependent countries grew roughly in line with other transition economies covered in this study, wages grew much faster, the authors’ regression analysis shows.

China has been the world’s factory for the last few decades in part because of its abundant cheap labor. As Chinese workers demand higher wages, manufacturers move jobs to places with yet cheaper labor, like Bangladesh and Vietnam.

Cheap labor is a competitive advantage. This study shows that in the highly remittance-dependent countries of Central Asia and the Caucasus, that advantage is rapidly being eroded, discouraging the kind of job-creating investment like manufacturing that developing countries crave.

The trends here “have potentially profound implications for feasible long-term growth and development strategies,” Okello and his co-authors write.

So, should these countries focus on developing their service sectors? Many developed countries do. Unfortunately, there’s a catch: “Most tradeable services are dependent on skilled labor and so resources will have to be devoted to human capital investment in general and vocational training in particular if they are to be the focus of long-term development strategies."

That might work in Armenia, which is positioning itself as a tech hub. But 30 years after independence, Kyrgyzstan and Tajikistan are the poorest countries in the former Soviet Union; their education systems have been gutted by corruption and neglect. Are they doomed to keep sending their workers abroad?