A History of Ukraine with Big Ambitions, Mixed Results 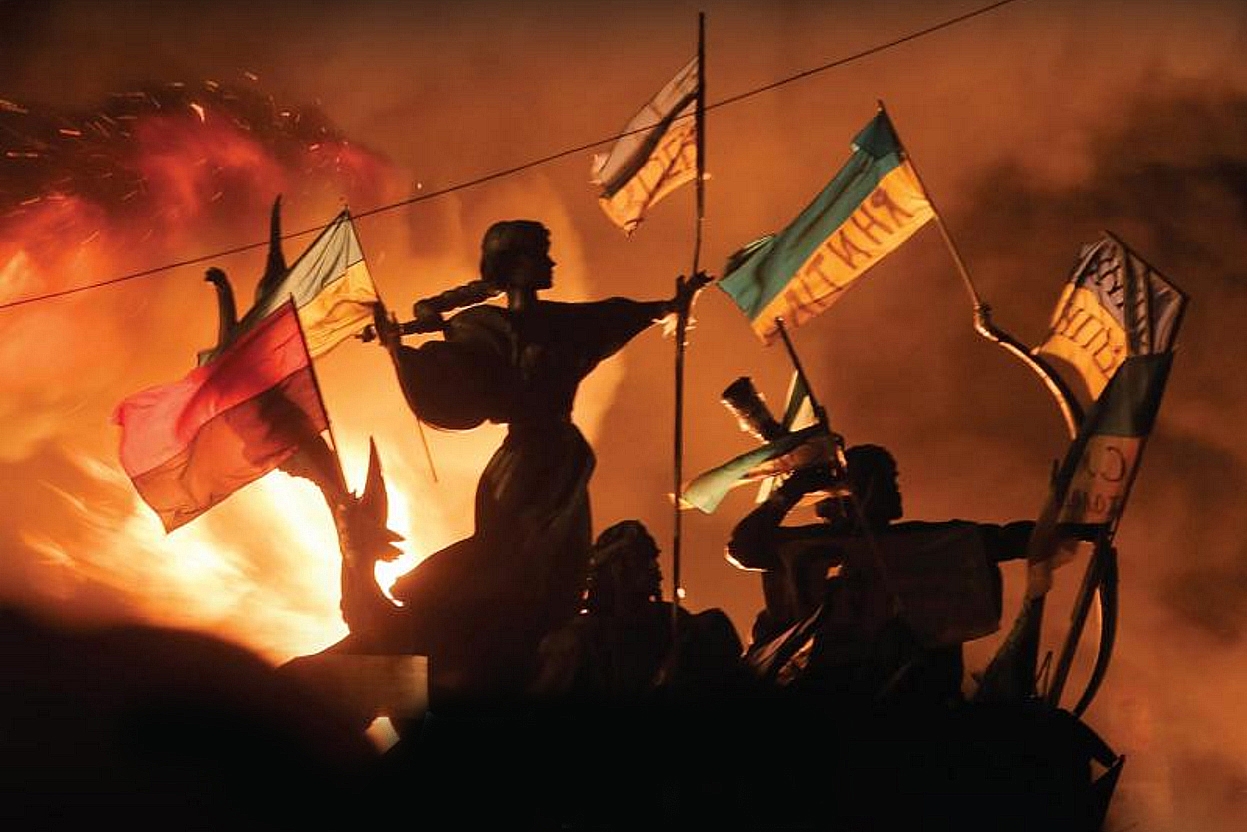 The Gates of Europe: A History of Ukraine (Basic Books, 2015) by Serhii Plokhy. (Photo: Portion of Book Cover)

“To understand the trends underlying current events in Ukraine and their impact on the world, one has to examine their roots. … The hope [is] that history can provide insights into the present and thereby influence the future.”

So writes Serhii Plokhy as he sets an ambitious goal for his book The Gates of Europe: A History of Ukraine (New York: Basic Books, 2015).

As the Mykhailo Hrushevsky Professor of Ukrainian History at Harvard and director of the university’s Ukrainian Research Institute, Mr. Plokhy is certainly qualified to undertake the challenge. What follows is a history of Ukraine that is encyclopedic in nature and epic in scale.

Plokhy begins with a description of the region in ancient times, when, as the Greek historian Herodotus chronicled, mysterious Scythian tribes lived there. From the very beginning, Ukraine was a frontier zone, a gateway between the West and the “other,” although the identity of that other changed over time. It was successively infiltrated and ruled by a host of foreigners including Vikings, the Mongols, Poles, and Muscovites.

Throughout its long and varied history, the inhabitants of Ukraine have struggled to assert their own identity – a struggle that continues to this very day, as shown by Vladimir Putin’s statement that Russians and Ukrainians are “one and the same people.”

Plokhy goes to great lengths to show that Putin’s claim is a historical distortion. At the Pereiaslav Council of 1654, for example, a group of Ukrainian Cossack officers swore allegiance to Tsar Aleksei Romanov of Muscovy. Three centuries later, Soviet officials celebrated this council as marking the unification of Ukraine with Russia, and even claimed to transfer the Crimean Peninsula to Ukrainian jurisdiction as a sign of “eternal friendship” between the two peoples.

But, Plokhy writes, the two parties at the council were distinct enough to need interpreters to communicate with each other; and when the tsar did not fulfill his obligation of military protection to the Cossacks, he approved new articles that were recognized as “a Magna Carta of Ukrainian liberties in the Russian Empire.” Similarly, the image of Kyiv as the birthplace of the Russian nation was a myth based partly on the Synopsis of 1674, a text written by Kyiven monks to convince the tsar to protect them from Ottoman and Catholic forces.

One of the most affecting parts of Plokhy’s book concerns the sufferings endured by Ukraine in the mid-20th century. The famine caused by Stalin’s collectivization drive resulted in the deaths of close to 4 million people, or nearly one-eighth of the population; in 2006, the Ukrainian parliament defined this as an act of genocide, a claim the Russian government has challenged. During WWII, Ukraine lost almost 7 million people under Nazi occupation, with only Belarus and Poland suffering higher proportional losses. After the war, another famine hit, resulting in the deaths of nearly a million Ukrainians. The numbers are difficult to comprehend.

The author shines most in his analysis of the current crisis, which appears in the last chapter and epilogue of the book. While regional divisions have been exploited during this conflict, Plokhy suggests it is Ukraine’s “cultural hybridity” that helped shape its national identity and tradition of coexistence, and his view of the country’s future is ultimately hopeful. In addition to its agricultural strengths – Ukraine possesses a third of the world’s rich black soil and is the second-largest exporter of grain – it also has a literacy rate of nearly a hundred percent and is a powerhouse in the software engineering industry. “There can be little doubt,” Plokhy says, that recent events have “not only united most Ukrainians but also turned the country’s sympathies westward.”

Despite its strengths, I cannot help feeling that this book is something of a missed opportunity. Though it may appeal to academics, a more mainstream audience may have difficulty connecting with this text. The Gates of Europe is a compendium of facts with occasional commentary, framed by an excellent introduction and epilogue, in which it is easy to get lost and miss key points. Information overload is a major problem in this book, especially for readers with little or no prior knowledge of Ukrainian history. Those looking for an accessible, easily digestible history of Ukraine and its relationship to current events may be disappointed.

Stefanie Weisman is a writer living in New York City.