As Ukraine seeks a financial lifeline from the IMF, Ihor Kolomoisky is faced with an especially severe challenge to his economic empire and his insider position. 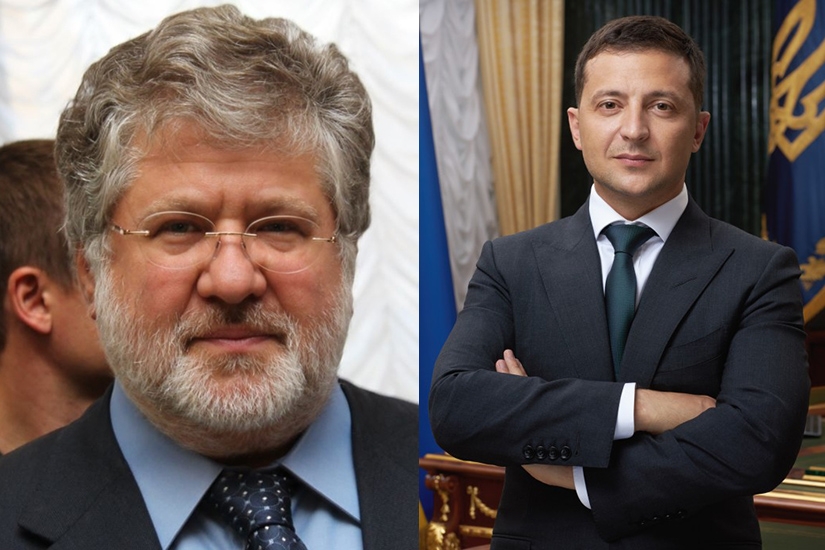 There is perhaps no individual outside government in Ukraine these days that elicits more public attention, and for many, suspicion, than Ihor Kolomoisky. As one of Ukraine’s wealthiest entrepreneurs, Kolomoisky has repeatedly proven himself a master of back-room maneuvering to get his way and preserve his considerable influence.

But now, as Ukraine strives to secure a financial lifeline from the International Monetary Fund amid the COVID-19 pandemic, Kolomoisky is faced with an especially severe challenge to his economic empire and his insider position. The outcome of the IMF assistance saga could go a long way toward determining whether Kolomoisky’s role as a powerbroker is coming to an end.

The Ukrainian government and the IMF have negotiated the parameters of a $8 billion aid package to help Kyiv cope with the fallout from the pandemic. The finalization of the IMF deal, however, is contingent on Ukraine meeting several conditions, including final passage of banking legislation that prohibits former owners of insolvent banks from regaining control of their assets.

This provision would directly hit Kolomoisky, who has been seeking to regain control of PrivatBank since the government took it over in 2016 after discovering a gaping hole in its ledger books.

“The legislation doesn’t target PrivatBank openly,” said Mykhailo Demkiv, a financial analyst at the asset management company ICU. “But the bank was by far the biggest in Ukraine when it was nationalized, so other banks don’t measure that much in comparison.”

Ukrainian media has dubbed the legislation the “anti-Kolomoisky law.”

As the Ukrainian parliament in early April deliberated final approval of the banking legislation, a group of lawmakers, including several with ties to Kolomoisky, salted it with more than 15,000 amendments. The amendments, some observers contend, would greatly alter the legislation, and maybe render it unpalatable for the IMF.

In an interview with local media, Kolomoisky steadfastly denied any role in instigating the parliamentary maneuvering surrounding the banking law. He contended that its original language went against Ukraine’s national interests.

The IMF loan issue is just one of many controversial matters in which Kolomoisky is suspected of maneuvering behind the scenes, but indisputable evidence is lacking.

There is one thing that is undeniable about Kolomoisky: he is skilled in the art of having the right friends in the right places at key moments.

Using PrivatBank as a springboard, Kolomoisky built a financial empire in post-Soviet Ukraine, the Privat Group, encompassing a wide variety of interests, including holdings in transportation, energy and media. His is reported to be among Ukraine’s richest citizens. Along the way he appears not to have shied away from employing hardball tactics on occasion: Forbes reported in 2013, for example, that Privat Group goons played a role in what it portrayed as a hostile takeover in 2006 of the Kremenchuk steel plant. Forbes went on to describe Kolomoisky as a “raider.”

In late February of this year, Kolomoisky’s name was connected to hardball tactics employed in a management tussle at Centrenergo, a Ukrainian state-owned provider of electricity.

At the heart of the Centrenergo maneuvering, according to media reports, was Kolomoisky’s ability to call the shots from the shadows: the government of then-prime minister Oleksiy Honcharuk reportedly sought to dilute Kolomoisky’s influence over the company via a management reshuffle, but the maneuvering stalled his plans.

In late February a frustrated Honcharuk reportedly asked President Volodymyr Zelensky to clarify his position on Kolomoisky. (Before rising to the presidency, Zelensky starred in a comedy show broadcast on a television channel controlled by Kolomoisky). “One moment we fight against Kolomoisky, the other we don’t,” Honcharuk said, according to Ukrainian outlet Dzerkalo Tyzhnia, apparently in reference to his government's effort to change Centrenergo’s management. A few days later, Zelensky appeared to answer the question by dismissing Honcharuk and his government. Kolomoisky denied any involvement in engineering the government’s downfall.

The Centrenergo controversy was reminiscent of a similar episode five years earlier involving Ukrnafta, a state-owned oil company in which Kolomoisky’s Privat Group has held a 42 percent share.

In 2015, at the time of the dispute at Ukrnafta, Kolomoisky was not just a powerful entrepreneur but also the governor of the Dnipropetrovsk Region. His lavish financing of private military groups was credited with helping check the advance of Russia-backed rebels in Eastern Ukraine. The conflict remains stalemated in the Donbas.

While Privat Group held a minority stake in Ukrnafta, Kolomoisky’s strong connections to managers at the company helped him wield outsized influence over the years. A long-time Ukrnafta director, for example, was Ihor Palytsia, who is currently a member of parliament and widely considered a close political ally of Kolomoisky. Kolomoisky strengthened his influence over Ukrnafta in 2010, when a management agreement was brokered that effectively gave Privat Group the ability to appoint top managers and wield effective veto power over the strategic decision-making process.

The trouble at Ukrnafta in 2015 followed passage of legislation that was designed to enhance the government’s influence at state-owned enterprises.

At the time, observers interpreted the 2015 turmoil at Ukrnafta as the beginning of the end for Kolomoisky. Then-president Petro Poroshenko – himself one of Ukraine’s leading tycoons – sacked Kolomoisky as governor shortly after the Ukrnafta episode.

And then in late 2016, the government decided to nationalize PrivatBank, a financial institution that was both the biggest bank in Ukraine at the time, and Kolomoisky’s most important asset.

Kolomoisky eventually left the country, only to return in May 2019, less than a month after a presidential election that saw Zelensky secure a landslide victory. With a new president that many saw as potentially friendly to the entrepreneur, Kolomoisky seemed poised to once again resume a power-broker role.

In early February, before the magnitude of the COVID-19 crisis became apparent, Kolomoisky was ready to register another business triumph. Despite unresolved questions surrounding transactions worth hundreds of millions of dollars involving Ukrnafta and Privat Bank, according to Ukraine’s National Anticorruption Bureau (NABU), a long-running dispute about Ukrnafta’s massive debt seemed on the verge of settlement under terms favorable to Privat Group.

Both the Centrenergo and the Ukrnafta episodes underscore Kolomoisky’s skill in securing the placement of friends and allies in corporate and political positions that helped advance his business interests without him technically having control over the entities. An advanced understanding of the nuances of crony capitalism is perhaps the most effective tool in any Ukrainian entrepreneur’s business survival kit, some observers say.

“When the state wants to wrestle control over energy companies from oligarchs, they [oligarchs] can use loyal allies in the company management and their insider knowledge to fight back and threaten the state with the breakdown of vital infrastructure,” researcher Heiko Pleines wrote in January 2017.

The current crisis involving the IMF package and the banking legislation represents another stiff test of Kolomoisky’s survival skills. Passing the bill would prevent notoriously corrupt Ukrainian courts – which have often issued decisions in Kolomoisky’s favor – from overturning the nationalization of PrivatBank.

But history shows that Kolomoisky has the will and the resources to wage a prolonged campaign against the government in foreign courts.

“This is just one battle in a very long war,” said Demkiv, the ICU analyst, referring to the attempts to stall the banking legislation.

There have been signs of late that the media bonds connecting President Zelensky to Kolomoisky may be fraying. Thus, questions are again swirling about whether Kolomoisky is losing his magic touch. “Zelensky has no choice right now,” Demkiv believes. “He needs the IMF money urgently, and it doesn’t look like the IMF is ready to back down from this demand.”