How Armenia, Azerbaijan Size Each Other Up in the Poker Game of Peace 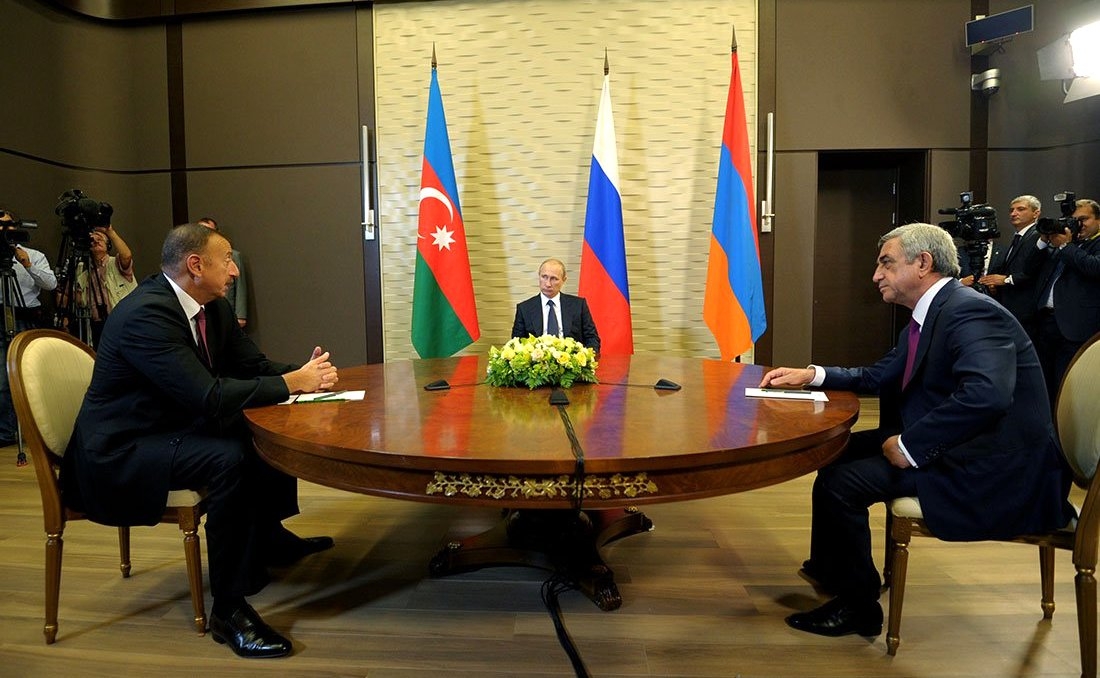 Azerbaijani President Ilham Aliyev and Armenian President Serzh Sargsyan at a meeting in Russia’s Sochi hosted by President Vladimir Putin in August 2014. The pair is expected to meet again by the end of this month in Putin’s hometown of St. Petersburg. (Photo: Russian Presidential Press Service)

More than two months after a fresh round of fighting in Nagorno-Karabakh, Armenia and Azerbaijan are again pledging to pursue a peaceful resolution to the decades-long conflict. At the same time, they are looking for change.

The pair is expected to meet by the end of this month in Russian President Vladimir Putin’s hometown of St. Petersburg, but a date has not yet been announced. Whether or not Putin will participate in the meeting is also unclear.

A May meeting in Vienna, mediated by the OSCE’s Minsk Group, which oversees negotiations between the two sides, resulted in the usual calls for a peaceful settlement of the conflict, but little more.

“Every time when it seems that it’s already impossible to reconcile Armenia and Azerbaijan, their presidents nonetheless sit down at the same table,” drily commented the Russian state-run news agency RIA Novosti.

In advance of the expected sit-down in St. Petersburg, EurasiaNet.org shares here two commentaries written by Azerbaijani and Armenian analysts on behalf of their respective governments, outlining the perspectives of both sides as they try one more time to break the Karabakh negotiating stalemate.

Armenia: What Azerbaijan Needs to Do for Peace in Karabakh
By Daniel Shahumyan

Azerbaijan: A New Course for Armenian Diplomacy After the Four-Day War
By Nurlan Aliyev