How Competitive Is the Caucasus Train to China? 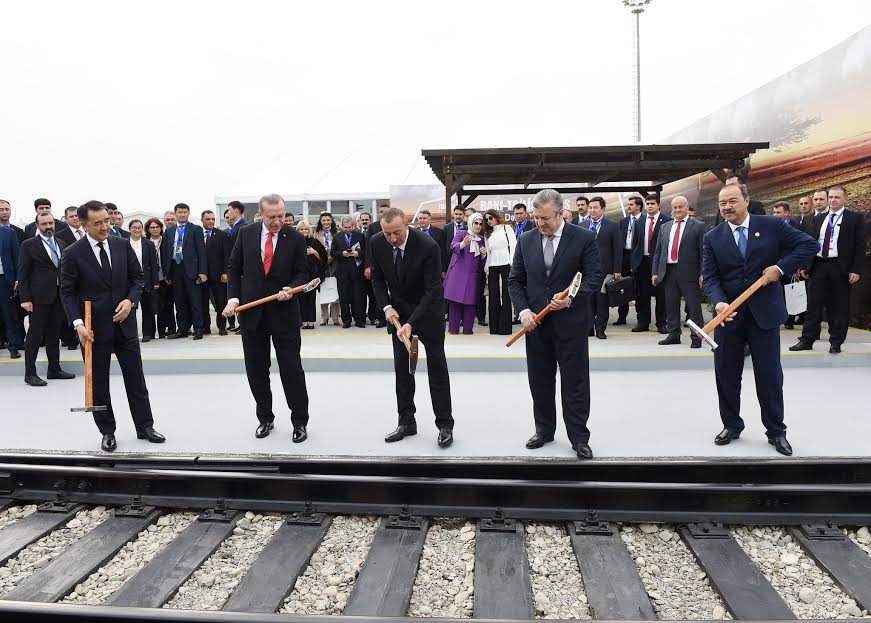 The Baku-Tbilisi-Kars (BTK) railway opens a new front in competition between the Caucasus club (Azerbaijan, Turkey and Georgia) and Russia; this time, for a prime spot in the Chinese-government-led effort to reinvent an Asia-Europe trade route, the Silk Road.

But beneath all the boasting, lies one critical, unanswered question – can the BTK line truly beat out Russia as the rail link between China and the West?

Once more putting the South Caucasus on the map as a layover point for East-West transit, the train on October 30 chugged some 826 kilometers (523 miles) from Azerbaijan, across Georgia into the northeast of Turkey, where, in the city of Kars, it connected to Turkey’s existing railway infrastructure.

“We declare the opening of a direct railway connection from China to London,” proudly stated Turkish President Recep Tayyip Erdoğan before sending the inaugural train on its way.  Azerbaijani President Ilham Aliyev duly invited the countries of Europe and Asia to jump on board.

But the first direct London-to-China train actually left several months earlier and via Russia.  It took 18 days to make the journey – well under the 45 to 62 days Erdoğan claimed the BTK’s alternative would require.

The BTK offers to cut shipment time to Europe from Asia by 12 to 15 days, yet, for now, it offers railway transportation only from the Caspian Sea to the Sea of Marmara. On its western end, the railway can reach directly into Europe once a railroad tunnel under the Bosphorus Strait is finished. To the east, the prospective route to China runs into the Caspian Sea. The railway’s first freight, wheat from Kazakhstan, had to be shipped across the Sea.

By contrast the first UK-China train, fittingly loaded with British whiskey, went fully overland, crossing through Russia and Kazakhstan before arriving in China.

Still, Erdoğan expects at least 10 percent of East-West cargo shipments to go through Azerbaijan, Georgia and Turkey, “the heart of the world,” as he put it.

The prospect does not appear to alarm Moscow, already used to competition with the Caucasus Club on the East-West energy export route.

While the economic advantages of the Caucasus railway are unclear for now, it clearly reflects the geopolitical lay of the land, where political alliances and economic projects (like energy pipelines) tend to run either from East to West or North to South.

The new railway, though, conspicuously skirts Armenia, which has no diplomatic ties with the countries at either end of the BTK, Azerbaijan and Turkey. Armenia does have its key ally up north, Russia, but the separatist conflicts in Georgia, located between these two allies, leave few possibilities for major North-South railway projects in the foreseeable future.

Borrowing a line from Armenian writer Vano Siradegian, one local observer said that Armenia, left out of the rail game, is akin to a “thousand-year-old owl, perched on a high stone at the intersection of big roads.”