Despite posting solid real GDP growth rates over the past decade, poverty reduction has stagnated in Central Asia’s most vulnerable economies. 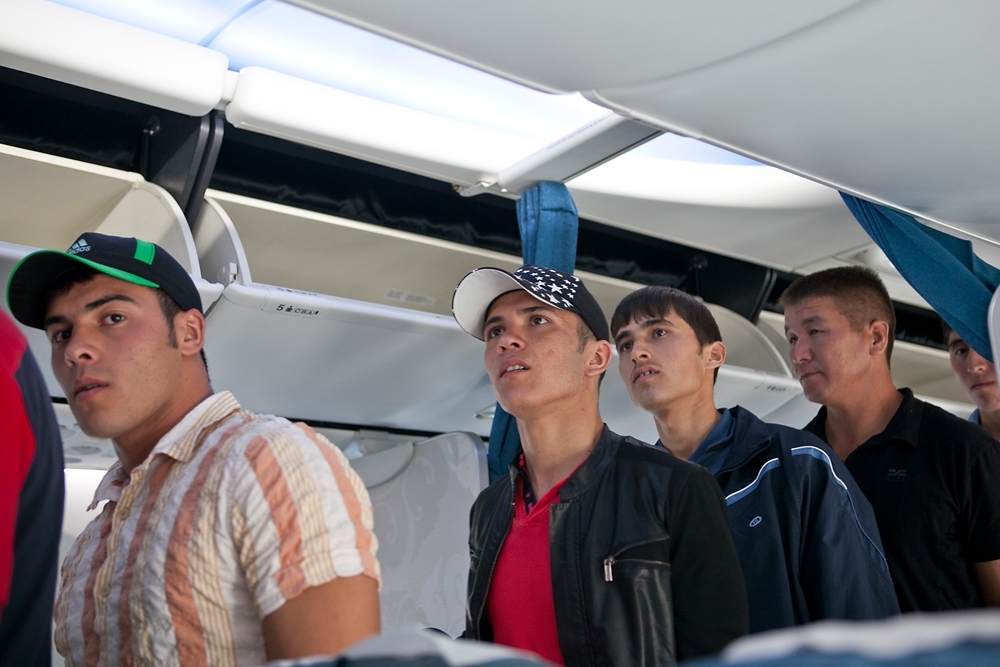 With almost 30 percent of Tajikistan’s population was living below the national poverty line, many young men are forced to look for jobs in Russia. (photo: David Trilling)

Central Asian leaders like to point to economic growth rates as confirmation of their sage rule. And while the region’s GDP growth has been impressive in recent years, this figure does not tell the whole story. As an aggregate measure of total output, GDP does not account for how equitable development is; or how effective economic growth is in lifting the vulnerable out of poverty.

A look at poverty rates in the region’s two poorest countries, Kyrgyzstan and Tajikistan – where growth since 2000 has averaged just under 5 percent and about 7.7 percent, respectively – hammers home this reality. According to the Asian Development Bank, almost 30 percent of Tajikistan’s population was living below the national poverty line in 2017. The figure is slightly lower, 25.6 percent, in Kyrgyzstan. By comparison, Nepal, which has a similar economic and geographic structure, and a similarly high dependence on remittances, had comparable poverty levels a decade ago.

Yes, poverty in Kyrgyzstan and Tajikistan has declined. According to the World Bank, poverty rates fell by an average of 7 percentage points annually between 2002 and 2009 in both countries. But since 2009 the reduction in poverty rates has decelerated. According to the World Bank’s calculations, the poverty rate has pretty much remained unchanged in Kyrgyzstan since 2009, while it has only fallen by 1 percentage point each year in Tajikistan.

So why has poverty reduction stagnated while both economies grow at a fairly robust pace?

One part of the answer can be found in the lack of job creation and anemic wage growth. New and better jobs are some of the most effective means to reduce poverty. Dushanbe and Bishkek have both struggled at this; collectively, millions of their citizens are forced to seek work in Russia.

In Tajikistan, despite 7.2 percent annual economic growth between 2003 and 2013, employment only rose by 2.1 percent annually in that same period. Nominal wage growth in Kyrgyzstan has declined sharply over the past decade: official data show that wage growth has fallen from around 17 percent in 2010 to 4.8 percent in 2018. Even in real terms (accounting for lower inflation over the past few years), this still translates into slowing wage growth.

One reason job creation (and wage growth) is so low in both countries is the oversized public sector, which tends to crowd out the formal private sector. A 2017 World Bank report said that only 13 percent of jobs in Tajikistan were in the formal private sector. In addition, corruption and all-around abysmal business environments in both countries means that potential entrepreneurs face high barriers to entry and high operating risks. Dushanbe is focused on building the tallest dam in the world. That’s doing little for Tajikistan’s poorest.