How has conflict with Russia affected Ukraine’s trade?

Ukraine’s trade with Russia and other ex-Soviet republics shows no sign of bouncing back six years after the Euromaidan Revolution began. 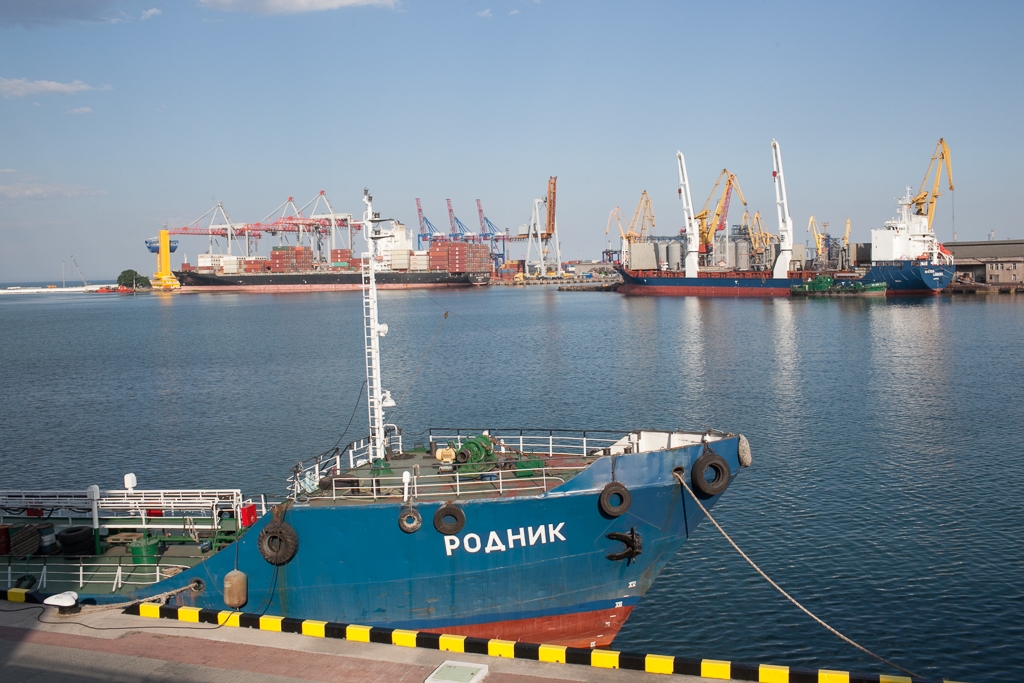 It should come as no surprise that Ukraine’s trade with Russia, its top trade partner, has plummeted sharply since the Russian annexation of Crimea in 2014 and the beginning of a violent conflict between the two countries.

Both sides have been hurt. In 2011, total trade between the two reached almost $49 billion according to the World Bank. That fell to $8.7 billion by 2016 – Ukrainian exports to Russia by $16.2 billion and Russian exports to Ukraine by $24 billion.

After 2011 Ukraine and Russia had been trading as members of the Commonwealth of Independent States (CIS) free trade area, a bloc including most former Soviet countries.

But after Ukraine’s Deep and Comprehensive free trade agreement with the European Union came into effect in the beginning of 2016, Russia suspended its free trade agreement with Ukraine. Both also slapped restrictions on each other’s imports: Russia included Ukraine in its ban on certain European goods that had been in place since August 2014 (the “cheese ban” countersanctions). Ukraine banned imports of some Russian goods.

Trade also dipped owing to an economic slump: Ukraine fell into a three-year recession between 2013-15 while the Russian economy also contracted in 2015-16 as global oil prices tanked. As both economies recovered, trade picked up, rising to $11.7 billion by 2018 – but still far below the high of 2011.

Turnover between Ukraine and other post-Soviet countries has also fallen.

Total trade between Ukraine and the CIS (excluding Russia) was about $15.4 billion in 2011. This fell sharply both owing to the effect of the regional slowdown in 2014-16 as well as Russia’s increasing clampdown on goods transiting through its territory to and from Ukraine. By 2016, Ukraine’s trade with the CIS (again excluding Russia) had fallen to $6.3 billion. Although it recovered over the next two years, it was almost 50 percent lower in 2018 compared with 2011.

It is a similar story for trade with the Eurasian Economic Union (sans Russia). Trade turnover totaled $11.6 billion in 2011. However, this had fallen to about $4.6 billion by 2015. Although total trade turnover recovered, rising to about $6.1 billion in 2018, this was still a decline of over 40 percent since 2011.

Yet when we look at the share of trade with these countries, Ukraine’s turnover with former Soviet republics has not fared as badly (with the exception of Russia). In 2013, about 27 percent of Ukraine’s trade was with Russia, 6.2 percent with the rest of the EAEU and 8.9 percent with the CIS. By 2018 Russia’s share had fallen to 11.3 percent. In the same year, Ukraine’s trade with other members of the EAEU and CIS seemed fairly resilient at 5.9 and 8.7 percent respectively.

It’s not all bad news for Ukrainian producers. In 2010 trade with the CIS was larger than trade with the EU by almost $14 billion. By 2018, the EU’s trade with Ukraine had far surpassed that with CIS (including EAEU) by $22 billion. As a unit, the EU tops the list of Ukraine’s trade partners; but as a single country, Russia is still number 1.