How Kazakhstan fell back in love with clunkers

Old cars are flooding Kazakhstan’s auto market. The smoggy air is a testimonial. 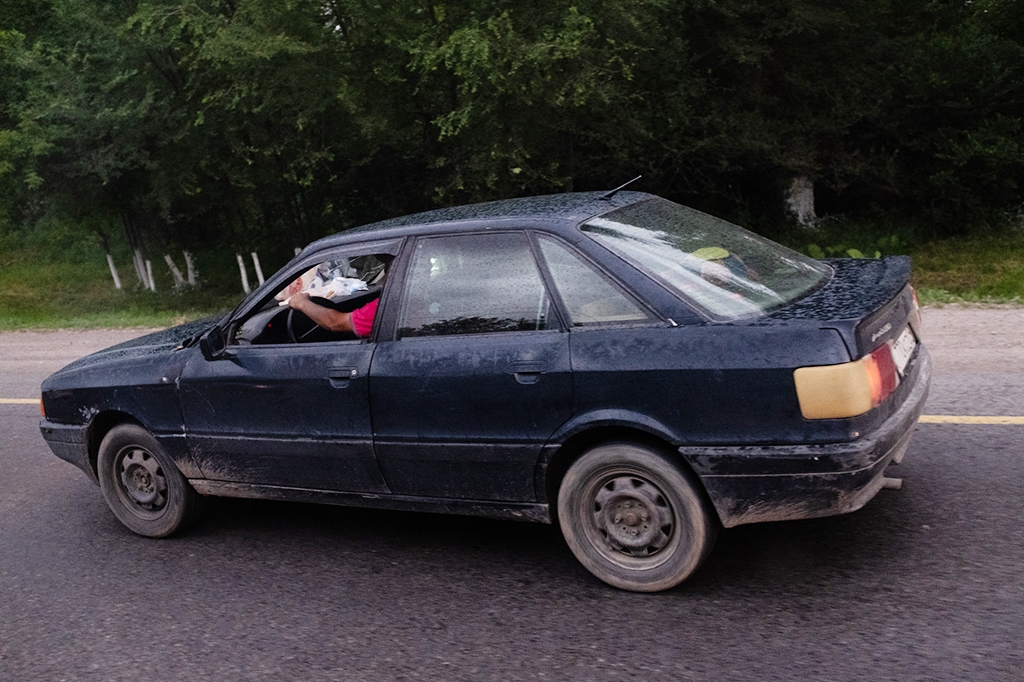 One thing that long distinguished Kazakhstan’s largest cities from its peers in the region was the number of shiny new cars on the road.

Not for Almaty and Nur-Sultan (formerly Astana) was the regular sight of smoke-billowing Soviet- and Russian-made wrecks or wheezing Japanese castoffs. Buoyed by oil-fueled optimism, many drivers took out loans to buy the latest sedans or SUVs.

With the economic salad days of the early 2000s receding into the rear view, motorists are becoming far less picky.

According to KazAvtoProm, a motor industry lobby group, 70 percent of the vehicles newly registered over the first five months this year were more than 10 years old. Forty-three percent were more than two decades old.

The result is persistently bad air quality in the country’s main urban centers and all of the health complications that provokes. People who take a trip up into the mountains flanking Almaty to the south can see a disc of black haze permanently floating above the city.

This has nothing to do with insensitivity to ecological concerns.

Almaty resident Alexander Anisimov uses his old car to make some money on the side, working as an unlicensed taxi driver.

“Of course, I dream of getting a new car, but with my earnings, I can hardly buy one in the near future,” Anisimov told Eurasianet.

There is little to no government mechanism for getting even the most delinquent smoke-belchers off the road.

Although Kazakhstan, like many countries around the world, has a mandatory regular vehicle inspection regime to test for car safety and emission levels, this has no discernible effect. Only vehicles over seven years old are required to go in for annual checks. In theory, failing the inspection should lead to withdrawal of the vehicle from the road, but there is strong anecdotal evidence that inspectors will turn a blind eye in return for a consideration.

The government’s proposed solution in 2015 was to create a preferential lending program for people buying new cars. Credit for new models bought under this program could be repaid at 7.5 percent, which is about three times less than commercial rates. The government allocated around 42 billion tenge ($109 million) for these loan subsidies.

Recipients of the support mainly bought new Russian-made Ladas or Korean-made Hyundai or KIA models, according to KazAvtoProm.

A year later, the government brought in another scheme that allowed car owners – in theory – to trade in their old cars for up to $400 in cash or a discount coupon worth up to $2,000 toward purchase of a new model. Around $29 million has been spent so far on getting 94,000 old bangers out of circulation. That translates into $300 per unit.

And yet the smoke-chuggers keep coming. According to official figures, the numbers of cars on the road that are more than 10 years old has increased by 12 percent in the last three years.

One other strand of the campaign against dirty cars is the ongoing effort to try to get Kazakh motorists into electric cars.

There was a brief ripple of excitement in March when tech billionaire Elon Musk wrote on Twitter that chargers and service centers for his Tesla electric car would be “coming to Kazakhstan this year.”

There is no firm evidence, however, that this was anything more than highly optimistic talk from an entrepreneur who has become increasingly known for his unmediated and off-the-cuff public pronouncements.

The truth is that electric car sales in Kazakhstan are miserable. Of the 580,000 cars registered in the first five months of 2019, just seven were electric cars. Of those, five were Teslas.

Azamat Ibadullayev, the owner of a Tesla Model S P85D and a member of the necessarily select Almaty chapter of the Tesla enthusiasts club, acknowledges the high hurdle that his favored vehicle will have to surmount before it reaches wider acceptance.

“Tesla cars are very expensive toys for Kazakhstanis,” he told Eurasianet. “There will be no good sales of this car in Kazakhstan unless there is state support.”

Then again, Tesla has peers that trade in more affordable products.

The Kazakhstan Automotive Business Association, or KABA, another industry lobby group, said it has plans to bring electric cars produced by China’s JAC Motors onto the Kazakh market. The company’s IEV range sells at under $20,000 on the Chinese market.

The assembly of Chinese-made electric cars inside Kazakhstan is already happening, in the northern city of Kostanay. KABA vice president Anar Makasheva has told Kursiv business newspaper that if efforts to persuade the government to provide subsidies are successful, cars made in Kostanay could sell for as little as $15,000.

Then again, geography and other factors will be hard to surmount.

As Ruslan Dusenov, chief executive at Operator EZS, a company that installs charging stations, explained to Eurasianet, charging an electric car takes much longer than refueling with gasoline.

“The process can take several hours. Few people will be satisfied with that," Dusenov said.

And since only Almaty and Nur-Sultan currently have the needed charging infrastructure, long-distance travel is off the cards.

Artur Miskaryan, director of strategic planning at KazAvtoProm, brought up another awkward point. Temperatures in Nur-Sultan can, in winter, sink as low as minus 40 degrees Celsius (-40 degrees Fahrenheit).

“In that kind of cold, the battery is affected and an electric car’s reserve of power is significantly reduced,” he said. “Traveling long distances would not be safe.”