Hydropower is more expensive to construct and less productive. Then why is Tbilisi so keen on concrete dams? 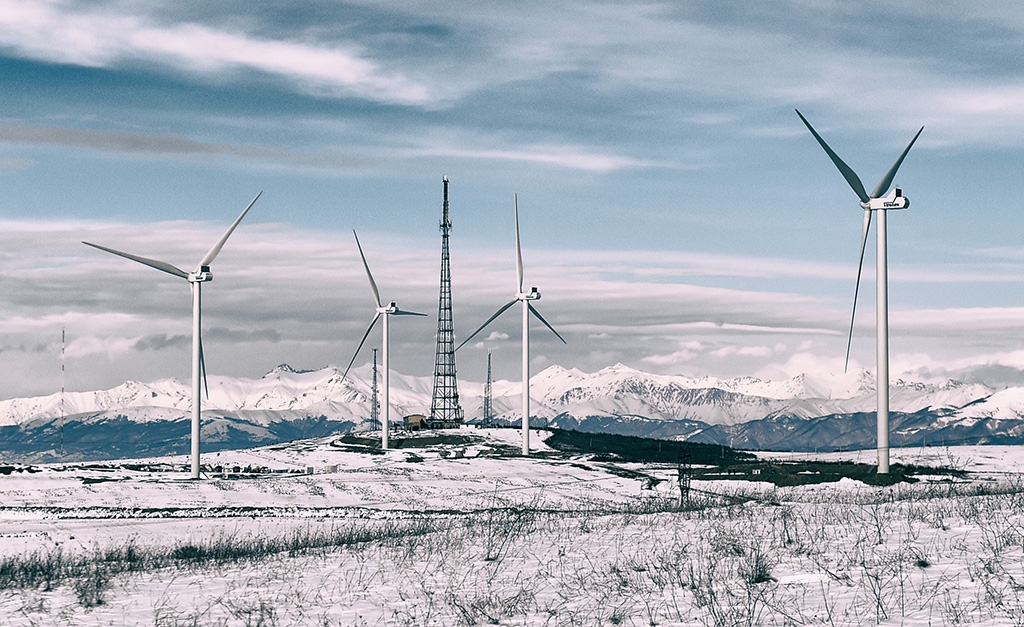 Months-long protests against construction of the $800 million Namakhvani hydropower plant in western Georgia beg a simple question: Why bother with big dams anyway?

In Georgia’s case, they cost more to build than other sources of renewable energy, uproot locals, and provide less power than projected. Even hydro investors concede that the changing climate is making them less dependable. Yet the business-friendly Georgian Dream government seems unwilling to concede that few recent hydropower projects are fulfilling their promise.

Back in 2016, Georgia joined the European Commission’s Energy Union, which required the government to design and approve a Renewable Energy Action Plan. Two years later, Tbilisi announced that the country has the potential to generate up to 4 billion kWh from wind every year, or 30 percent of Georgia’s need. It quickly signed 17 memoranda of understanding with 11 companies and promised 333 MW installed wind capacity by 2020, ramping up to 686 MW by 2025 and 1130 MW by 2030.

So far, only one wind farm has opened: Kartli, near Gori, has six turbines and a modest capacity of 20.7 MW. By comparison, in the five years to 2019, 33 hydropower plants (HPPs) were opened, according to the Economy Ministry.

Four more wind projects are on the drawing board, says Nugzar Khaindrava of the state-owned Energy Development Fund, which promotes private-sector energy investment. Khaindrava believes interest in wind is growing and that the four projects, with a total capacity of 236 MW, should break ground this year. Moving forward, “the share of wind farms in our portfolio is almost the same as that of hydropower plants,” Khaindrava told Eurasianet.

Yet the big bets are still on hydropower: the proposed $1 billion Nenskra dam in Svaneti and the Namakhvani cascade – an idea that dates from Soviet times – in the Rioni Valley. (Namakhvani was the focus of those spring protests, which caused the Economy Ministry to seek EU mediation.) Their installed capacity – 280 and 433 MW, respectively – sounds impressive, but hydro plants in Georgia tend to produce less than advertised, while Kartli has proven the opposite.

In the past, Georgian officials have argued that generating electricity from wind is expensive and unreliable – a claim opponents of hydropower now make about dams, pointing to shrinking glaciers, the changing climate, and the proliferation of new, cheaper wind technologies.

“The technology of wind turbines is improving every year, it is getting more efficient,” said Beka Natsvlishvili of the Platform for Fair Energy Policy, an advocate for transparency in the energy sector. The argument that wind is cost-prohibitive no longer holds, he said. “Building a wind farm is much cheaper than building hydropower plants … and the wind farm is much more profitable from an ecological point of view because it causes much less damage to the environment than hydropower plants,” Natsvlishvili told Eurasianet.

Moreover, wind farms provide energy when Georgia most needs it, says Khaindrava from the Energy Development Fund. “The main plus of [wind] energy is that it follows the consumption patterns in our country. We have an energy deficit for nine months a year, coinciding with the winter period. Wind energy has a higher potential in the winter months; it directly responds to our needs,” Khaindrava said.

Even better than the wet thing

Compare the output of several small and medium hydropower plants built in the last decade with the Kartli wind farm. According to data provided by the state-run energy distribution company, eight HPPs built since 2010 are similar in capacity to Kartli. Over the past two years, all provided less than their forecast capacity, whereas Kartli slightly beat expectations.

Larsi HPP, for example, was built in 2014. In size (19.5 MW), it is similar to Kartli’s. But while Kartli in 2019 generated exactly as projected (84 million kWh) and even more in 2020 (90 million kWh), Larsi HPP generated 73 million kWh in each of the last two years instead of the 98 million kWh that the Energy Ministry anticipated back when it was commissioned in 2014. Lasha Iordanishvili from Tbilisi-based investor Ltd Peri, the sole shareholder in Larsi, said the output was within an acceptable range, but conceded that rivers are lower than in the past: “Water resources have decreased compared to the last decade. The rivers of the Caucasus produce less water now,” he told Eurasianet.

True, the power generated from wind costs more on the open market. The government has a purchase agreement with Kartli at 6.5 U.S. cents per kWh, while electricity from HPPs constructed in recent years costs the government 6.02 cents. But industry consensus expects wind to cost less as technologies improve.

So why isn’t wind being commissioned with urgency?

The Ministry of Economy, which manages the energy sector, declined to answer Eurasianet’s questions. Same with the investor behind a recent hydropower project that isn’t meeting expectations.

But Natsvlishvili of the Platform for Fair Energy Policy believes the slow adoption of wind is due to institutional inertia, that dams are more familiar to officials than new wind technologies.

“HPPs are a simpler system. They [authorities] know how to do it, the system is adapted to that, and that is why they prefer it. New technologies require a lot of work, professionalism, and systemic thinking, which is not well developed in our country yet,” said Natsvlishvili.