If you go to Turkmenistan, put some flour in your hair

Two new arbitration claims have been launched as Ashgabat attempts to contain reporting on its economic crisis. 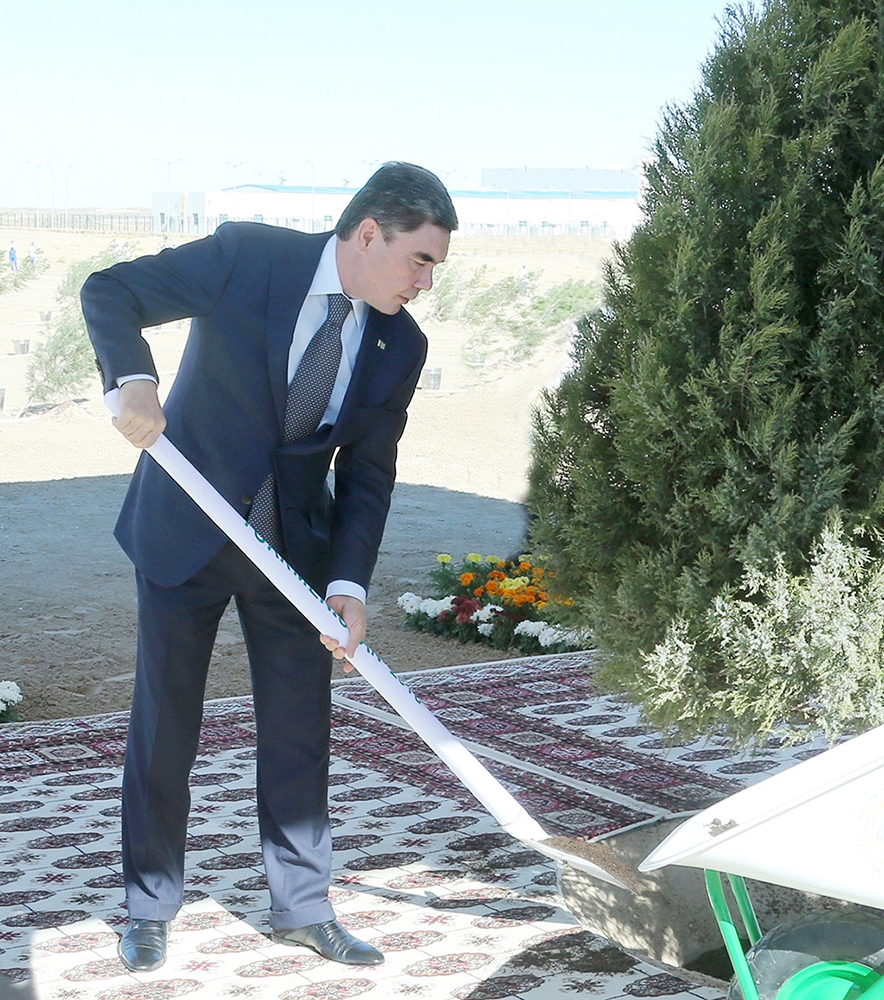 Reporters in Turkmenistan remain under threat.

Alternative News of Turkmenistan, or ANT, which has long provided coverage on the country from its base in the Netherlands, reported on October 19 that one of its correspondents, Saparmamed Nepeskuliev, was harassed by two people throwing stones at him outside his home in the town of Balkanabat.

Nepeskuliev provided footage of the incident, which occurred just five months after his release from a three-year sentence on drug charges widely deemed to have been trumped up. ANT says that Nepeskuliev has endured constant harassment since leaving prison – sometimes grave, as in this instance, other times petty and debilitating, such as when his SIM card was unilaterally voided the day before. ANT reported that Nepeskuliev had been forced to give up working as a journalist since being allegedly subjected to torture in prison.

Despite such difficulties, ANT and the few other outlets focused on Turkmenistan continue to trickle out information.

This week, the Vienna-based Chronicles of Turkmenistan noted that the government had managed to restock some state-run grocery stores and that cigarettes had reappeared in them. It appears to have done so at the expense of private stores in the capital, Ashgabat, a number of which reportedly have been compelled to close their doors.

Meanwhile, RFE/RL’s Turkmen service, Radio Azatlyk, provided evidence that stores in Ashgabat are selling perishables that are well past their expiry date. The situation is worse for those outside Ashgabat. Chronicles of Turkmenistan noted that while a number of residents of the country's provinces were traveling to Ashgabat in search of food supplies, the police were extorting bribes – in the guise of fines – to actually permit the food to be allowed out of the city. Azatlyk reported on October 16 that one of its sources in Dashoguz province claimed regional stores had completely run out of flour over the previous two-day period. And there were apparently significant flour shortages in Lebap province as well.

Despite the shortages, the government reportedly forced some 2,000 people in Lebap province to take part in a subbotnik, a Soviet-legacy tradition of contributing work to the state without compensation, according to an Azatlyk report from October 17. The outlet cited state television as stating that further subbotniks were held in most other regions as part of a nationwide tree-planting campaign.

State media released photos of President Gurbanguly Berdymukhamedov kicking off the campaign on October 17. He did his bit by planting a solitary tree from the comfort of a carpet. Berdymukhamedov's efforts at greenery came while he took part in the opening of a new polyethylene and polypropylene plant in the village of Kiyanly in Balkan province, the third new petrochemical plant he has launched this year.

Many other foreign investors have not been so lucky. The Moscow-based news site Fergana reported on October 20 that not one but two new arbitration claims against Turkmenistan had been filed at the International Center for the Settlement of Arbitration Disputes, or ICSID.

The claim filed by Turkey's SECE Group stems from unpaid debts for building a series of residential buildings and a school and kindergarten for the Railway Transportation Ministry. The claim filed by Germany's Unionmatex Industrieanlagen relates to non-payment for grain elevators it was contracted to construct.

The aforementioned flour shortages highlight just how much Turkmenistan could have used these elevators. Somehow, Ashgabat was unable to find the full 36 million euros ($41 million) it agreed to pay for them, although this is only 1 percent of the purported cost of the Kiyanly petrochemical plant.

One Turkish firm is unfazed by Turkmenistan's payment disputes, namely Calik Group. According to state media, company chairman Ahmet Calik met with Berdymukhamedov on October 17. Calik expressed “his firm belief that the international community highly praises the achievement of Turkmenistan, which boasts rapid development,” gushed the report. Such hyperbole is perhaps to be expected from Calik, who is among Berdymukhamedov’s most frequent international guests and a person whose ties to the Turkmen elite stretch back to the days of Berdymukhamedov’s predecessor, Saparmurat Niyazov.

Turkmenistan’s relations with its most populous neighbor, Iran, appear to be deteriorating further. The Tasnim News Agency, which is closely linked to the Iranian state, interviewed Deputy Oil Minister Hamid Reza Araqi, who also heads the National Iranian Gas Company, on October 17. He stated that not only had Turkmenistan filed an arbitration dispute with Iran, as reported in August, but also that Iran had filed a countersuit. Tasnim also claimed that a new domestic gas pipeline would cut Mazandaran province’s dependence on Turkmen gas imports.

Given the bitter Saudi-Iranian rivalry, it is unsurprising that Berdymukhamedov is trying to charm Riyadh as the dispute with Tehran escalates. He met Saudi Trade and Investment Minister Majid bin Abdullah al-Kasabi on October 18. State news agency TDH's write-up of the meeting hinted that Saudi Arabia could support the construction of the Turkmenistan-Afghanistan-Pakistan-India (TAPI) gas pipeline. Nothing firm resulted from the meeting, however, other than an exchange of good wishes.

On October 19, Turkmen Foreign Minister Rashid Meredov headed to Azerbaijan, where he met Azeri Prime Minister Novruz Mamedov. Azeri media reported that Turkmenistan would join the Baku-Tbilisi-Kars railway, though the lack of direct rail connections between the states, which are separated by the Caspian Sea, makes this little more than puffery for the foreseeable future. The two states still have not demarcated their maritime boundaries on the Caspian's seabed, the site of ample hydrocarbon reserves. Meredov and Mamedov reportedly discussed the potential for cooperation in the Caspian but no specific breakthroughs were announced.

Some potentially worrying news for the not-inconsiderable Turkmen community in Turkey: A Turkish delegation visited Ashgabat on October 19 to discuss the "international agenda related to migration." Given the fact that Open Democracy revealed recently that Turkmen consular authorities were spying on their own citizens and that it is policy in Ashgabat to forcibly repatriate those it deems suspect, sometimes with drastic consequences, cooperation in this area feels unnerving.