IMF: The Party’s Over for Azerbaijan’s Oil Sector 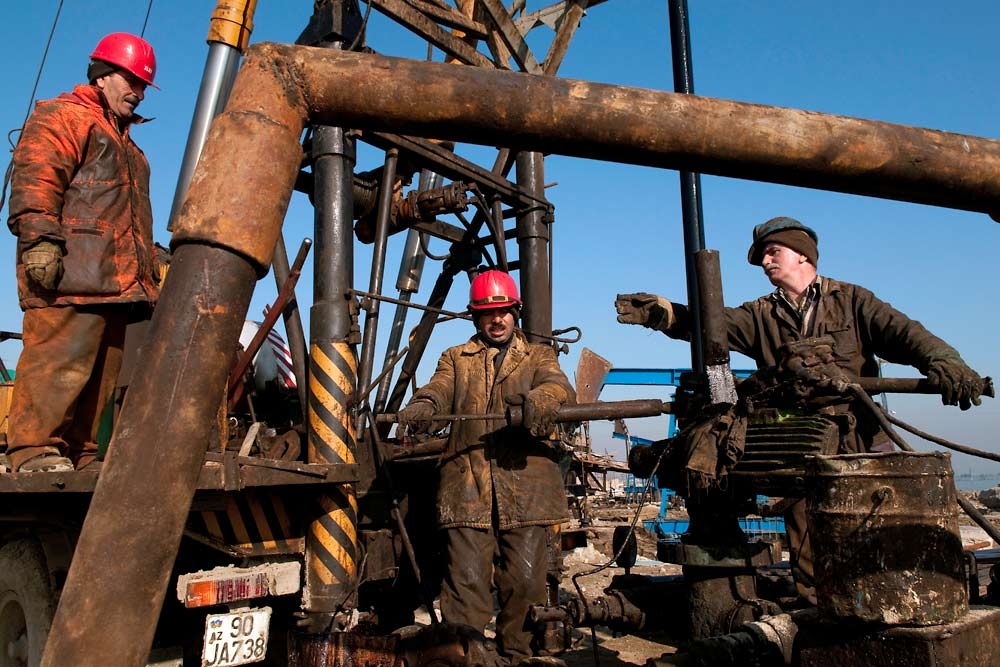 Baku may still sport all the signs of energy wealth, but, after an almost decade-long boom, the International Monetary Fund is cautioning that Azerbaijan’s oil sector no longer has enough muscle to power economic growth alone.

In a May 13 report, the International Monetary Fund (IMF) forecasts that an estimated 10-percent decline in the oil sector will cause Azerbaijan’s 2010 economic growth to shrink to 2.7 percent – a decline of more than threefold compared with 2009, when the economy expanded at a 9.3-percent rate. Oil production, broadsided by lower world prices and demand, will expand by a mere 1.2 percent, according to the IMF.

“Given that oil production will no longer be the main source of growth, there is an urgent need to accelerate economic diversification,” the IMF wrote.

Non-oil sectors have not yet demonstrated robust growth. Last year, the growth rate in non-energy related sectors decreased from 16 percent in 2008 to a 3 percent.

To counter the downward slide, the IMF called on President Ilham Aliyev’s administration to encourage the private sector “through trade facilitation, tax and customs modernization, and reducing monopolies.” It also cautioned the government not to dip into its $16.2-billion-State Oil Fund to make up for lost economic growth.

The government has not commented on the findings yet. But at an April 15 cabinet meeting, President Aliyev maintained that Azerbaijan, despite a global economic recession, is still “demonstrating stable growth.”

Arif Valiyev, chairman of the State Statistics Committee, echoed that line. “GDP growth during the first four months [of 2010] was 5 percent year-to-year,” he said, adding that growth also occurred in the non-oil sector. He did not provide a figure, however.

Valiyev claimed that overall foreign investments – transactions traditionally centered on the energy sector -- increased by 67 percent during the first third of 2010, in comparison to the same period during the previous year.

Even as it touts its economic performance, Baku also appears to be looking for a helping hand from international financial institutions. Speaking on May 19 to the executive directors of the European Bank for Reconstruction and Development, Economic Development Minister Shahin Mustafayev asked for the Bank “to play an active role in support of the private sector in Azerbaijan.” Nine of the London-based bank's 23 executive directors are expected to visit Azerbaijan on May 31, the Ministry of Economic Development reported.

The government has promoted development of the regions, telecommunications, tourism and small and medium businesses to balance the energy sector, but non-oil exports “still make up only 5 percent of Azerbaijan’s overall exports,” noted Rasim Huseynov, deputy chairman of the non-governmental Center for Economic Research.

President Aliyev has touted a new shipbuilding plant and new telecommunications projects to show that the government has its eye on non-oil sectors, and has signed a decree on reducing the number of inspections of private businesses. Aliyev also fell back on stop-gap measures such as an increase in state wages – he did not specify the amount.

The head of one Baku think-tank, though, projects that these efforts will not be enough to make up the difference in lost oil revenue. Azerbaijan may experience a recession starting in 2011, predicted Zohrab Ismayil of the Public Association for Assistance to a Free Economy.

The Center for Economic Research’s Huseynov agreed. With the oil sector accounting for more than half of Azerbaijan’s economy, “neither in 2010, nor in later years, can the non-oil sector compensate for these [declining revenue] levels, Huseynov said.