An intervention by presidential candidate Joe Biden has thrown into relief the lack of involvement by the current White House. 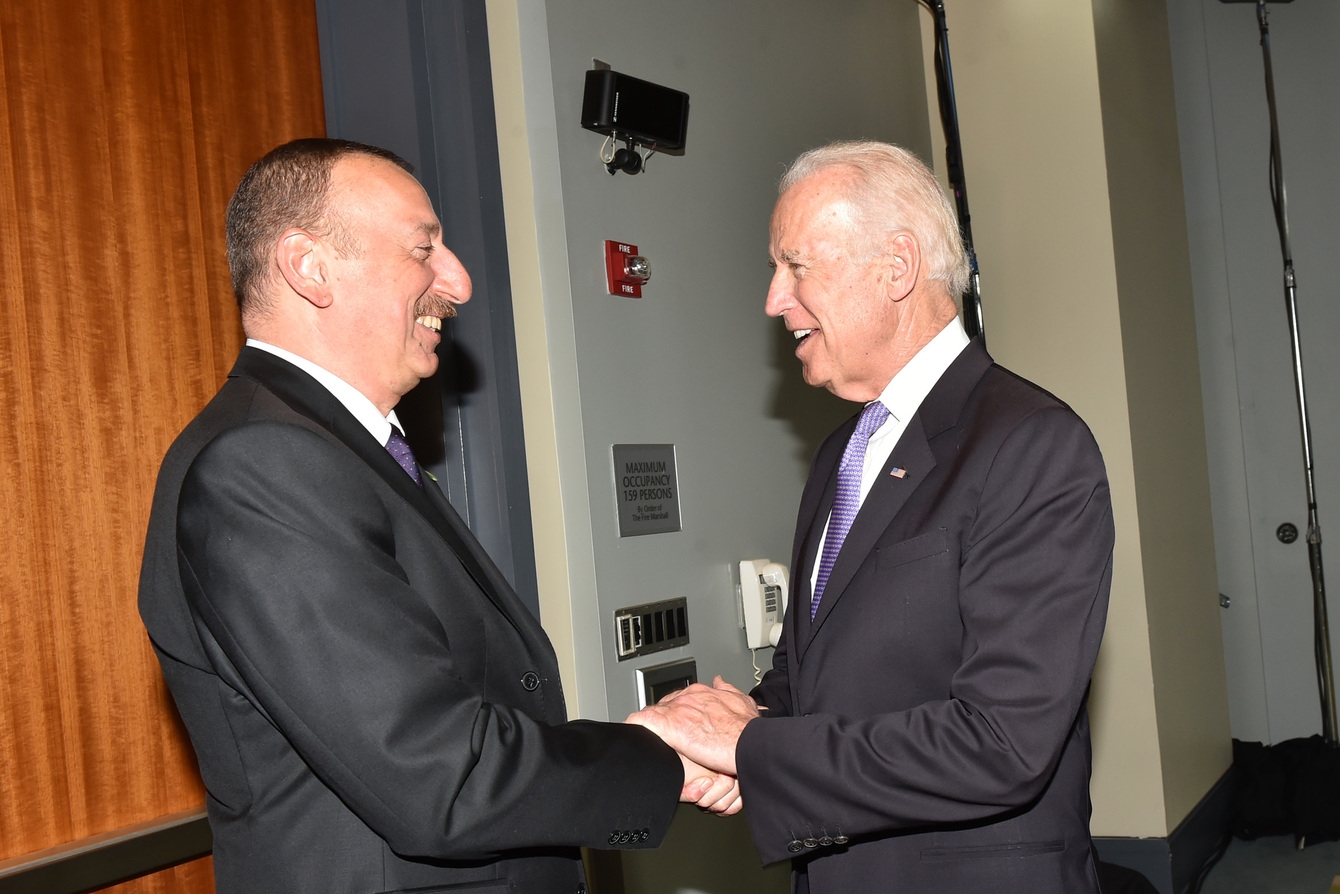 While Armenians and Azerbaijanis fight their bloodiest war in three decades, the United States seems to have barely taken notice.

There has been nearly no high-level diplomatic engagement from Washington since heavy fighting broke out on September 27. Secretary of State Mike Pompeo’s most significant intervention has been an October 13 tweet calling on both sides to observe a (nearly nonexistent) ceasefire and to stop targeting civilian areas.

“Diplomacy by tweet doesn't cut it in the Karabakh conflict,” responded Paul Stronski, a senior fellow in the Russia and Eurasia Program of the Carnegie Endowment for International Peace, a Washington, DC, think tank. “Pompeo at least should be on the phone, if not shuttling to the region or summoning the sides to talks.”

In Pompeo’s absence, the U.S. role has been designated to lesser figures like National Security Adviser Robert O’Brien and Deputy Secretary of State Stephen Biegun, who have been talking to Armenian and Azerbaijani officials as the conflict has continued.

While other world leaders including Russian President Vladimir Putin, Turkish President Recep Tayyip Erdogan and French President Emmanuel Macron have gotten personally involved in the conflict, their American counterpart has not.

Immediately after the fighting started, Donald Trump was asked about the conflict, and he answered in a way that suggested he had only a dim notion of the existence of the Caucasus.

“We’re looking at it very strongly,” Trump said. “We have a lot of good relationships in that area. We’ll see if we can stop it.”

Armenian Prime Minister Nikol Pashinyan told the New York Times that he had arranged a phone call with Trump to discuss the conflict, but that it was put off when the American leader came down with COVID-19. Trump is now back in action, but there has been no further word about the phone call.

Meanwhile, Trump’s challenger in the upcoming presidential election, Joe Biden, has been staking out his position in the campaign as the strong-on-Karabakh candidate.

Later on October 13, the Biden campaign issued a relatively detailed statement on the conflict. It took a shot at the current administration: “[N]either President Trump nor Secretary of State Pompeo has placed a single phone call to the leaders of Armenia and Azerbaijan, even as the region goes up in flames.”

But Biden also offered a hint of the real diplomatic lifting that would be required for outsiders to help stop the fighting:

“The Trump Administration must tell Azerbaijan that it will not tolerate its efforts to impose a military solution to this conflict. It must make clear to Armenia that regions surrounding Nagorno-Karabakh cannot be occupied indefinitely and that credible negotiations on a lasting resolution of the conflict must commence immediately once a ceasefire is concluded.”

It’s unclear how many voters will be swayed by Biden’s intervention.

Many Armenian-Americans have been dismayed by Trump’s lack of engagement. But while Armenian-Americans have political influence in certain parts of the country, they are concentrated in areas that are guaranteed Democratic wins in national elections, like California, Massachusetts, and New York. That gives national candidates little reason to pander.

It’s also not clear how much of an impact more American involvement would make in the resolution of the conflict. While the Trump administration’s disengagement has been broadly criticized, no small part of that has been motivated by a desire to score points against Trump as a feckless leader rather than by the belief that an American president could do much to stop the bloodshed in the Caucasus.

As the years and decades have passed, the conflict between Armenia and Azerbaijan has become less and less amenable to foreign diplomatic pressure. Even Russia, by far the most influential outside actor in the conflict, has not been able to force the two sides to abide by even a temporary ceasefire.

Nevertheless, more active American involvement would certainly not hurt. Previous U.S. administrations were much more active in talking with regional leaders and coming up with new proposals, noted Olesya Vartanyan, an analyst of the conflict with the International Crisis Group.

“Not all of it worked, but it helped,” Vartanyan told The Guardian. “Because when these two sides [Armenia and Azerbaijan] are left on their own, what we’ve seen in the past and recently is there is a bigger possibility for tensions, new clashes and escalations.”

The Trump administration’s last attempt at serious diplomacy in the Caucasus did not go well. Then-national security adviser John Bolton visited in 2018, and his laser focus on Iran irked his hosts.

Bolton suggested that Armenia should resolve the conflict with Azerbaijan so that it could then open its borders with Turkey and Azerbaijan and isolate Iran. The notion that Yerevan would orient its relations toward Azerbaijan around the U.S.'s policy of isolating Iran fell flat among Armenians, and Prime Minister Nikol Pashinyan publicly rebuked Bolton.