The Aliyev family - whose sons have ruled Azerbaijan for almost five decades - hail from a village in what is now enemy territory. 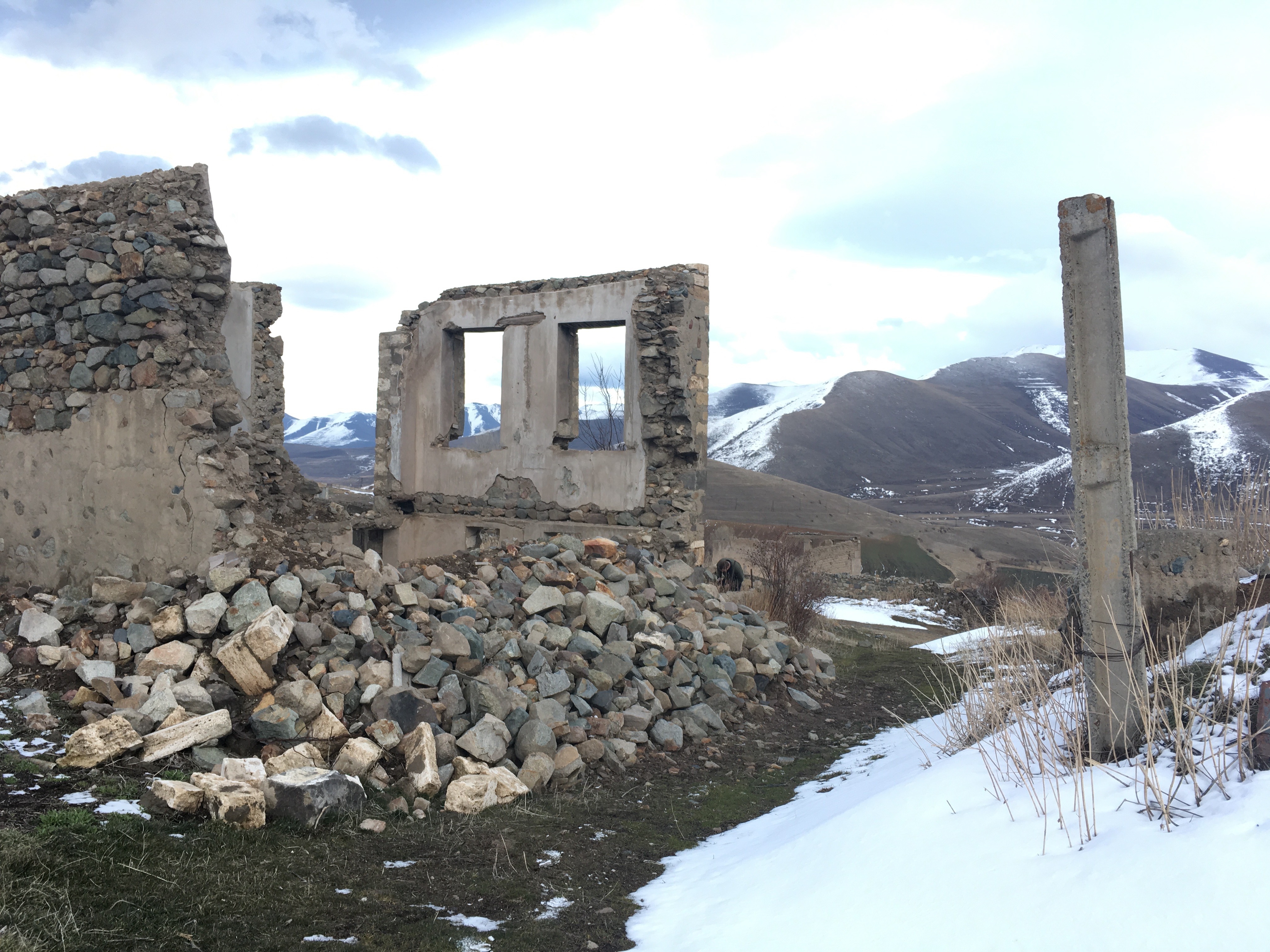 Depopulation and lack of investment since the fall of the USSR have led to thousands of villages across the Caucasus being abandoned. (Photo by Bradley Jardine) 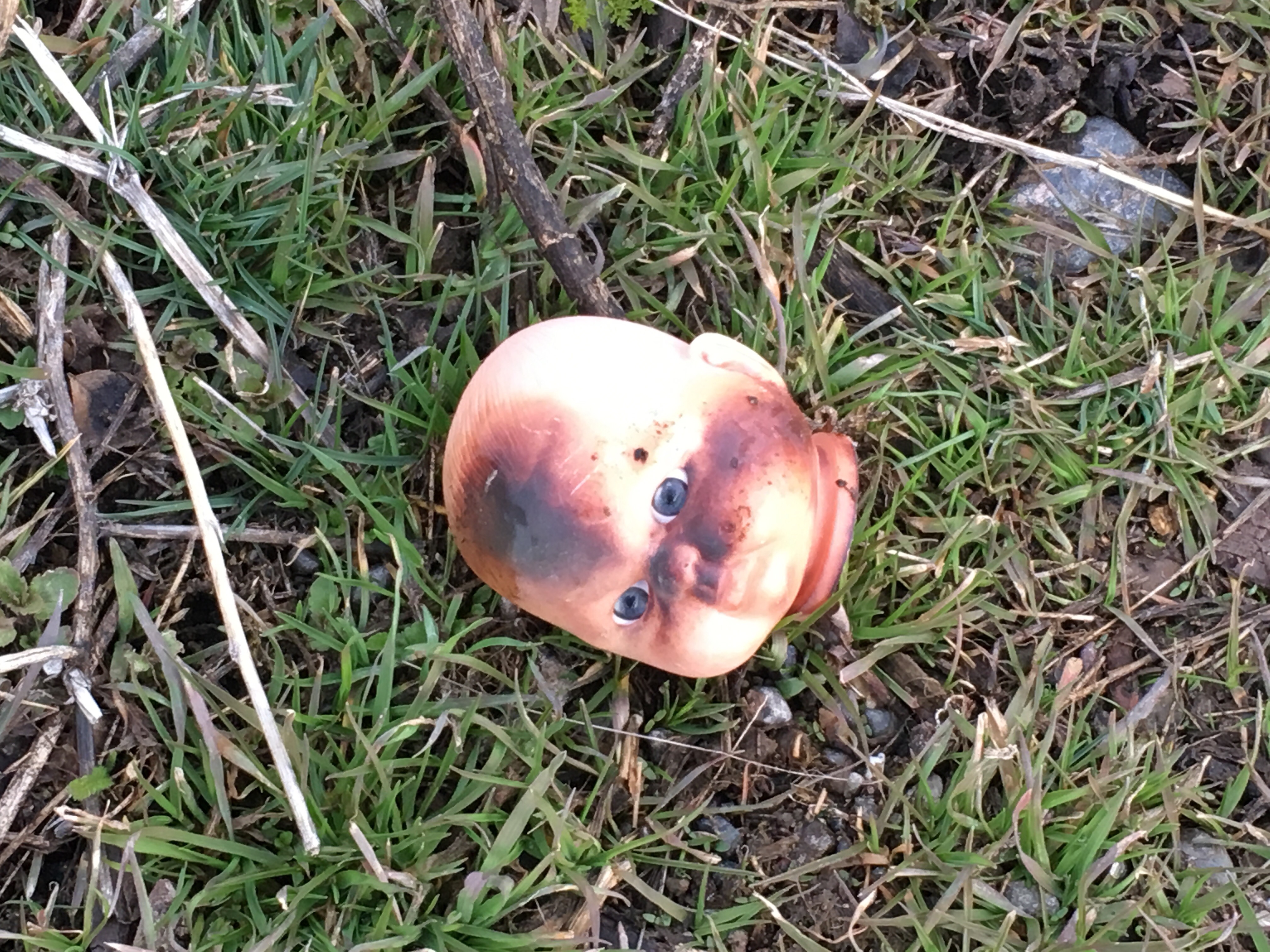 Discarded toys and empty vodka bottles signal someone once lived in Tanahat. (Photo by Bradley Jardine) 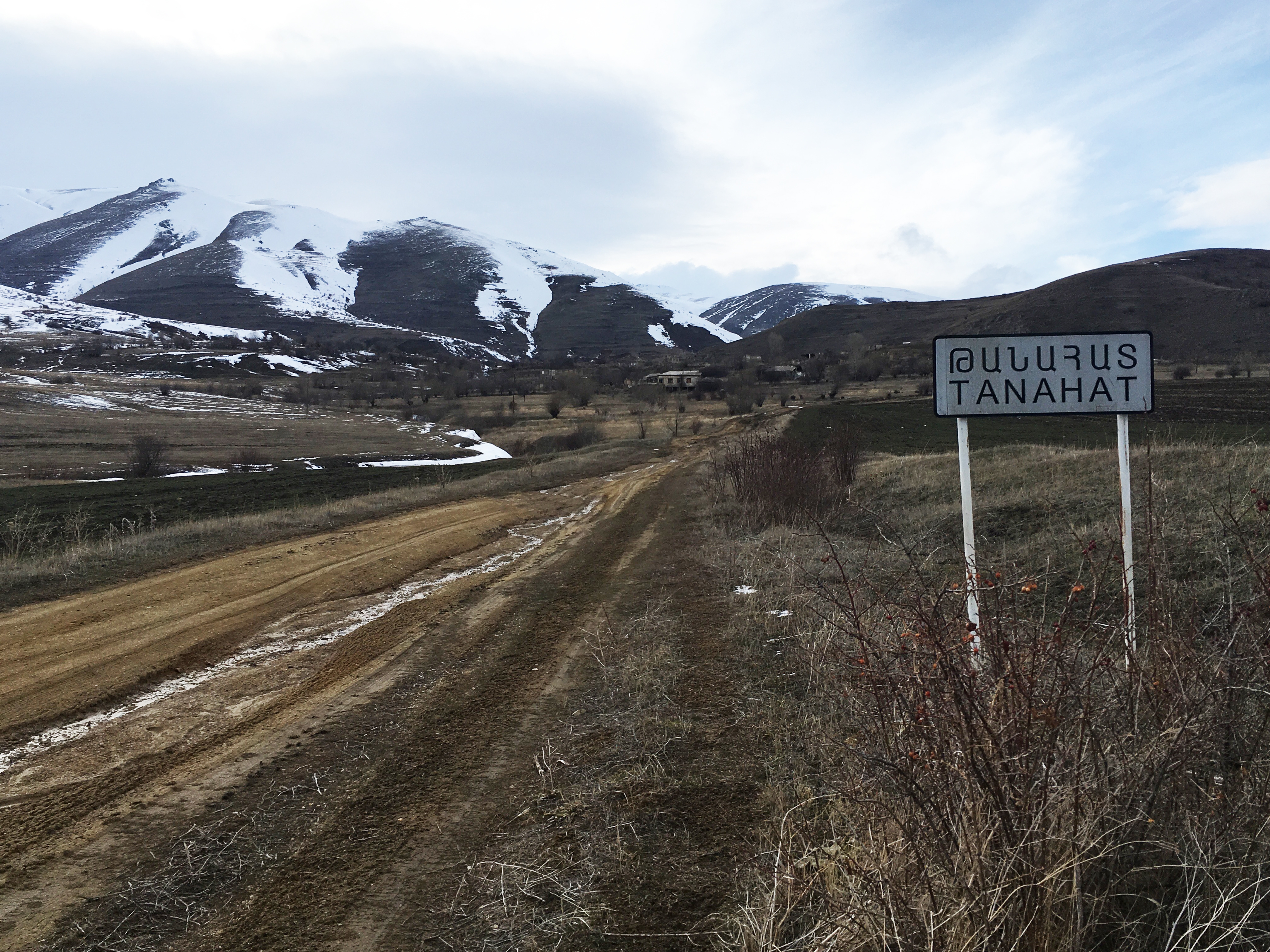 Tanahat is located up a dirt mountain track. A sign welcomes visitors to the village, formerly known as Jomartlou. (Photo by Bradley Jardine)
prev
next

High in Armenia’s mountains, near Azerbaijan’s Nakhchivan exclave, sits Tanahat, an abandoned village that was once home to Baku’s ruling elite.

The Aliyev family – whose sons have ruled Azerbaijan for almost five decades – lived until at least 1921 in what was then called Jomartlou, a small village that in its prime in the early 1980s was home to 70 Azerbaijani families who toiled on the local collective farm.

“You want to see the village of the vozhd of our great friends [in Azerbaijan]?” Armen, a local guide from neighboring Sisian, said sarcastically, referencing a title often used for Soviet dictator Joseph Stalin. (Armen is not his real name; he asked not to be named because of the political sensitivity of the village. His views reflect the animosity Armenians and Azerbaijanis continue to harbor for each other in the third decade of a brittle ceasefire.)

“He was born there,” Armen said, guiding the jeep through the dirt and snow of the mountain pass. “His family changed his date of birth.” The reason, he thinks, was that it would be politically unpalatable for a senior Azerbaijani leader to have been born in Armenia.

According to his official biography – as recorded by the Heydar Aliyev Foundation, a charity founded in 2004 and headed by Azerbaijani Vice President Mehriban Aliyeva, Heydar's daughter-in-law – the former president was born in Nakhchivan on May 10, 1923, shortly after his family moved there from Jomartlou following the Soviet occupation of the Caucasus. The Great Soviet Encyclopedia corroborates that account.

But many contend that Heydar was in fact born here. “Rumors have long circulated that Aliyev was in fact born two years earlier, but that it was decided that a senior Azerbaijani politician should not have an Armenian place of birth,” wrote longtime Caucasus expert Tom de Waal, on the occasion of Aliyev's death in 2003.

Curiously, after this reporter visited the village and tweeted about it, a number of Azerbaijani news websites published identical stories that said the Aliyevs didn't move out until 1925, when Heydar was two.

Despite its small population, Jomartlou boasted a regular bus service connecting it to Baku in the 1970s – a service founded at the behest of Heydar Aliyev, then a high-ranking Soviet official.

After the collapse of the Soviet Union and Armenia's independence, Jomartlou's fortunes fell. Its Azerbaijani inhabitants fled at the onset of the ethnic conflict in 1988 and it was later resettled by Armenian refugees, but most of them didn't stay long.

The village was renamed Tanahat, after a nearby Armenian monastery, in 1995 as its Azerbaijani past was airbrushed from Armenian history.

“There are only 10 families left in the village. But in reality, Tanahat has no future,” the village’s leader, Gomed Narcissian, told Armenian reporters in 2008. “The conditions are only good for animals – there is absolutely nothing here for people.”

Looking around, it’s not hard to see why he reached this conclusion. Almost all the houses dotting the hill are decrepit and long ago collapsed. The only signs of recent life are the occasional empty vodka bottle, indicating at least a few locals are returning to drink, if nothing else. And the road connecting the village with the world is simply a dirt track on the side of a mountain, impassable in winter.

In the post-Soviet period, villagers argued that the authorities neglected them. One of the most persistent issues was the lack of a regular bus service, which meant locals had to walk five miles – over an hour – to the neighboring village of Tasik to get a bus to Sisian, the largest town in the area. Without such a service, local children could not attend school, and families would move to neighboring towns instead. Only three families lived here in 2014. Today, there are none.

But the village may attract an unusual segment of the regional tourist population.

“You know, it isn’t uncommon for Azerbaijanis to cross the military border at Nakhchivan and travel here in secret,” Armen says, repeating a widely held belief in the region. The Armenian Border Guard did not respond to requests for comment.

Heydar Aliyev ruled neighboring Azerbaijan with an iron fist from 1969 to 2003, with a brief interruption in 1987 following Soviet leader Mikhail Gorbachev’s anti-corruption campaign. Aliyev was one of the campaign’s first victims, but returned to power in 1993 following the independent state’s near descent into civil war. When he died in 2003, he was succeeded by his son, Ilham, who remains president today. Ilham is running, with no serious opposition, in elections next month for a new seven-year term in office.

The senior Aliyev’s legacy remains mixed in Armenia. He was the head of the enemy state, and it was under his leadership that the Karabakh conflict entered its bloodiest phase. But compared to today's leadership under Ilham, Heydar is remembered as relatively diplomatic and open to peace with Armenia.

Whatever the case, Jomartlou/Tanahat today languishes in abandonment and obscurity.

“You are the first visitors I’ve ever taken here,” Armen said with a smile.