In Azerbaijan, sports and politics mix

The country’s sports federations are invariably led by a government minister or other high-ranking official. Critics say it’s a model of corruption. 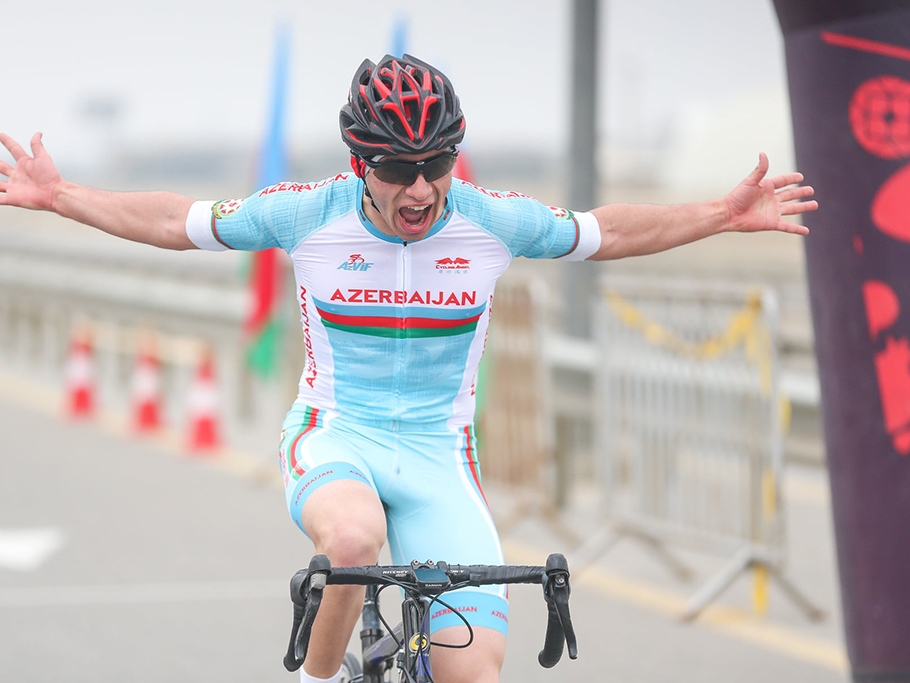 In Azerbaijan, state officials are rarely – if ever – seen playing volleyball or basketball, wrestling, or boxing.

But for more than decade, high-ranking government figures have headed virtually all the country’s national sports federations.

Sport is a critical part of the government’s image-building strategy. The country has hosted European soccer championship matches in 2020, the inaugural European Games in 2015, and an annual Formula 1 race.

“Azerbaijan is known around the world as a country of sports,” Aliyev said in a 2019 speech.

But this tight connection between sports and the state has resulted in a series of international corruption scandals. It also has had a detrimental effect on Azerbaijani sport itself, as the federation heads are rotated frequently as their political fortunes rise and fall.

But the available public evidence suggests that sports federations’ funding is dependent both on the successes of their athletes, as well as on the political fortunes of their heads. When athletes in a sport do particularly well, the federation may get additional funds. At the same time, when the head falls out of political favor the organization frequently suffers financial difficulties, even shutting down, until changing hands – invariably ending up under the control of another government figure.

“This is not the first federation I will lead,” the country's then-tax minister, Fazil Mammadov, said at a 2011 press conference announcing his appointment as head of the Azerbaijan Cycling Federation. Indeed, at the time he was already heading two others: field hockey and wrestling.

In 2017, his fortunes began to turn. Members of the country’s national wrestling team complained to local media that they hadn’t been paid their salaries in 15 months. At the time it was just three months until the world championships, and they said that they couldn’t properly prepare because they weren’t able to train in the necessary conditions, with the doctors, nutritionists and masseuses that athletes at their level typically enjoy.

The federation issued a statement denying that it was even its responsibility to pay the athletes. Only a few days after the controversy broke, however, the salaries began to be paid.

It was the beginning of the end for Mammadov. That December he was removed from his position as minister without explanation, and in October 2018 he resigned as head of the wrestling federation. He was replaced at the federation by Namig Aliyev, who had been Mammadov’s deputy and also happened to be the father-in-law of Mammadov’s daughter.

He also was replaced by another minister as head of the cycling federation, while the field hockey federation was shut down.

In the mid-2010s the organization was headed by Anar Mammadov, son of Ziya Mammadov, the country’s transportation minister for more than a decade and a man memorably described in an American diplomatic cable as “notoriously corrupt even for Azerbaijan.” Among other responsibilities, Ziya Mammadov was head of the Azerbaijan Volleyball Federation.

In 2016, however, Ziya Mammadov first lost his job as head of the volleyball federation, after employees complained that they weren’t getting paid for months. He was replaced in that job by the chairman of Azerbaijan Railways, Javid Gurbanov.

The elder Mammadov then lost his job as minister and his son Anar, who had developed a reputation as a billionaire playboy, appeared to lose interest in sports, no longer appearing at public golf events. The federation suspended its activities in 2018 and was only restored in February 2022. The new head: Rauf Khalilov, son of prominent businessman Iskender Khalilov.

The man with 50 jobs

In September 2021, Azerbaijan got a new sports minister, Farid Gayibov. When Aliyev formally introduced Gayibov, the president took the occasion to express his dissatisfaction about Azerbaijan’s recent performances in international competitions. He noted that while Azerbaijan had done relatively well in the recent summer Olympic games – ranking 33rd in the world in the medal count, 20th among European countries and fourth among Muslim countries – much of the success was from relatively veteran athletes and that there didn’t appear to be a younger generation ready to take over.

“The shortcomings in the sports area must be carefully examined and analyzed,” Aliyev said. “In particular, performance of certain federations was poor in the run-up to the Olympic Games. So the state of affairs in all federations needs to be seriously analyzed.”

In December, the Azerbaijan Basketball Federation got a new head: the country’s education minister, Emin Amrullayev.

At the same time, Economy Minister Mikayil Jabbarov – who had recently come to public attention for reports that he was holding 50 formal positions, including chairman of the supervisory board of the state oil company SOCAR and of the country’s Tariff Council – lost his positions heading the country’s fencing and badminton federations. But he wasn’t out of sports for long: He was then appointed head of the Azerbaijan Wrestling Federation.

One exception to the opaque funding of sports federations is the top soccer organization, the Association of Football Federations of Azerbaijan, whose sponsor is state oil company SOCAR. The association issues annual reports indicating that, between 2011 and 2021, SOCAR gave it nearly 133 million manats ($79 million at the current exchange rate) and that its total budget over that time was 270 million manats ($159 million).

Other sports federations don’t release any such information, instead giving vague explanations, such as “funded by sponsors.”

And there are occasional announcements about financial rewards following good performances. In 2017, Aliyev announced that he was allocating a total of 3 million manats [over $1.7 million] for the chess and volleyball federations, following their respective successes at the European Team Chess Championships and European Women’s Volleyball Championships. So far in 2022, Aliyev has given a total of 2 million manats [about $1.2 million] in two tranches to the Azerbaijan Wrestling Federation, citing the team’s success in recent European championships.

But the mystery remains: Where does the bulk of the funding for the sports federations actually come from?

Natig Jafarli, an economist and leader in the semi-opposition ReAl Party, says it appears that the ministers are expected to provide the funds themselves. “The model of the sports federations is that they survive on money acquired via corruption from the ministers’ own accounts,” he told Eurasianet. “There is unfortunately such a tradition in Azerbaijan.”

In 2011, the head of the Azerbaijan Boxing Federation, Emergency Situations Minister Kamaladdin Heydarov, became embroiled in a controversy. The BBC reported that an unknown “private Azerbaijani investor” had provided the International Amateur Boxing Association (AIBA) with a $10 million loan, and that the unknown Azerbaijani had been introduced to the international boxing officials by Heydarov. The BBC’s sources said that the loan was offered in exchange for guarantees of a gold medal at the upcoming 2012 Olympics.

Five years later, more of the details were revealed by the New York Times, and it turned out that the loan came from an Azerbaijani conglomerate, Benkons MMC, which had no connection to anything sports-related but is part of the conglomerate Gilan Holding, which is owned by Heydarov himself.

In May 2021, the AIBA announced that it had finally repaid the loan to Benkons.

But the medal results were middling. Azerbaijan did not win a gold in 2012. “Azerbaijani boxers won four medals in the past two Olympics, compared with three at the two Olympics before that,” the Times reported in 2016.