When the snap parliamentary elections were called two months ago, many expected them to bring in some sort of change. But the results are more of the same. 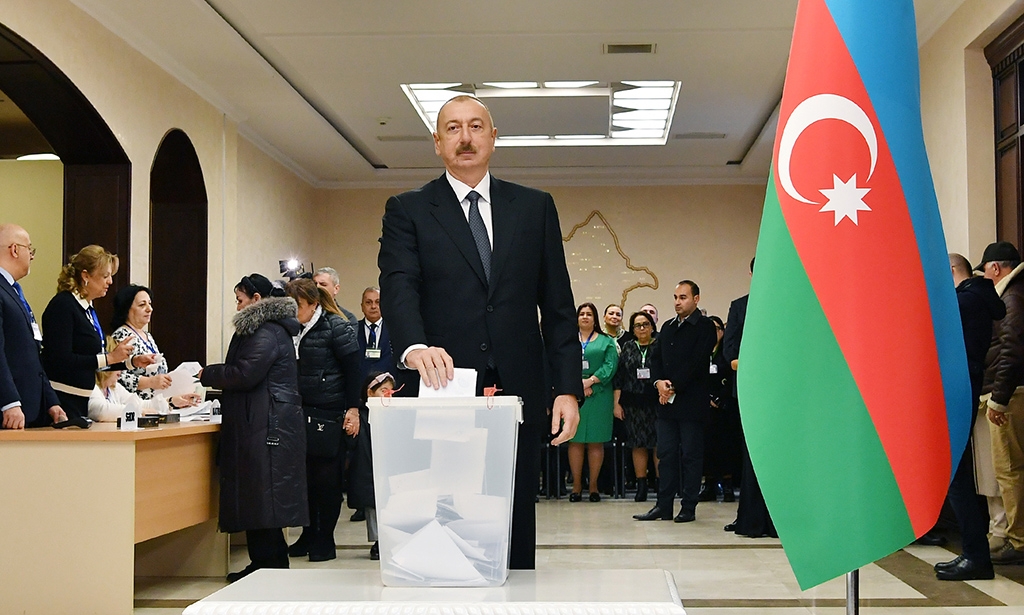 Following a snap parliamentary vote in which a large majority of lawmakers were reelected amid the traditional array of election violations, many Azerbaijanis are asking: what was the point?

In the February 9 elections, 87 members of the 125-seat body retained their seats. Members of the ruling New Azerbaijan Party or candidates loyal to the government won all but one seat.

This wasn’t the result that many expected.

When the government announced snap elections in December, it seemed to set the stage for some kind of change: perhaps the opposition would be allowed to have at least a small representation in parliament, or there would be a reshuffle to bring in younger, more technocratic pro-ruling party MPs.

There are ample reasons for the Azerbaijani government to want to shake things up: the economy is stagnant and public discontent rising. The country’s neighbor and foe, Armenia, has a new, relatively democratic government, creating the risk that the two countries’ conflict will more and more be framed as a dictatorship vs. a democracy, with international sympathy naturally favoring the latter.

Ahead of the parliamentary elections, a wave of PR presented the vote as revolutionary. The election would bring about “generational change with minimum fuss” and empower “young western-educated administrators appointed by [President Ilham Aliyev] to accelerate reforms,” according to one such example. Even many in Azerbaijan’s long-suffering opposition thought the election might offer an opening for them.

But the election results showed nothing close to that.

“Most of the old guys got reelected,” one Western diplomatic official in Baku, speaking on condition of anonymity, told Eurasianet. “So it begs the question: what was the need for calling early elections?”

The vote was hardly a strong vote of confidence for the government. Turnout was 48 percent, down from 56 percent in the last elections, in 2015.

The victory was secured with the kinds of violations that have become standard practice in Azerbaijan, independent observers documented. The Election Monitoring and Democracy Studies Center reported that on election day it had “recorded violations [that had also] occurred in previous elections – one person voting multiple times, busing of voters, ballot-box stuffing, and voting without registration.”

The government’s victory celebration was muted. Aliyev and other senior officials mostly stayed silent about the results, instead ceding the spotlight to a parade of international observation missions – 56 by one count – the large majority of them either staffed by marginal figures or with established histories of whitewashing votes in authoritarian states. Their glowing reports, in press conferences organized by the Central Election Commission, were exhaustively covered in pro-government media.

The one international mission with real clout, however – a joint effort by the OSCE and the Council of Europe – gave the election poor marks.

“Significant procedural violations during counting and tabulation raised concerns whether the results were established honestly,” Artur Gerasymov, the leader of the OSCE’s short-term mission for the elections, told a Baku press conference. Opposition candidates “were allowed to run but they were not allowed to win,” said Frank Schwabe, head of the delegation from the Parliamentary Assembly of the Council of Europe.

“Yesterday's elections showed that this government has no intention of changing or going for reforms,” wrote Turgut Gambar, one of a slate of young, independent candidates who livened up the campaign before all losing, on his Facebook page. “Why did they hold early elections? They put the same people up and down.”

The one remarkable result was the election of Erkin Gadirli, a member of the opposition ReAl party, to the parliament. ReAl’s leader, Ilgar Mammadov, spent five years in prison on politically motivated charges and was not allowed to run in these elections. But the party is the least anti-government of the real opposition parties and Gadirli, speaking at a press conference following his election, suggested that the authorities wanted him in parliament. “Maybe that’s the reason they didn’t put up a strong candidate in my district,” he said, adding: “But there were no behind-the-scenes meetings or agreements.”

In retrospect, it appears that the early elections were organized simply to give the opposition little time to prepare, said Altay Goyushev, an Azerbaijani analyst now based in Berlin.

And the sham vote will only “deeply undermine” Azerbaijan’s position internationally, he added. “The Azerbaijani government has lost the moral voice to call Nagorno-Karabakh part of Azerbaijan,” he told Eurasianet. “Nobody in the international community will look favorably at the idea that the Armenians of Karabakh should accept the yoke of authoritarian and corrupt Azerbaijan.”