In Azerbaijan’s elections, a new hope

There are few illusions that upcoming votes will be fair. Nevertheless, opposition activists see in them an unprecedented opportunity. 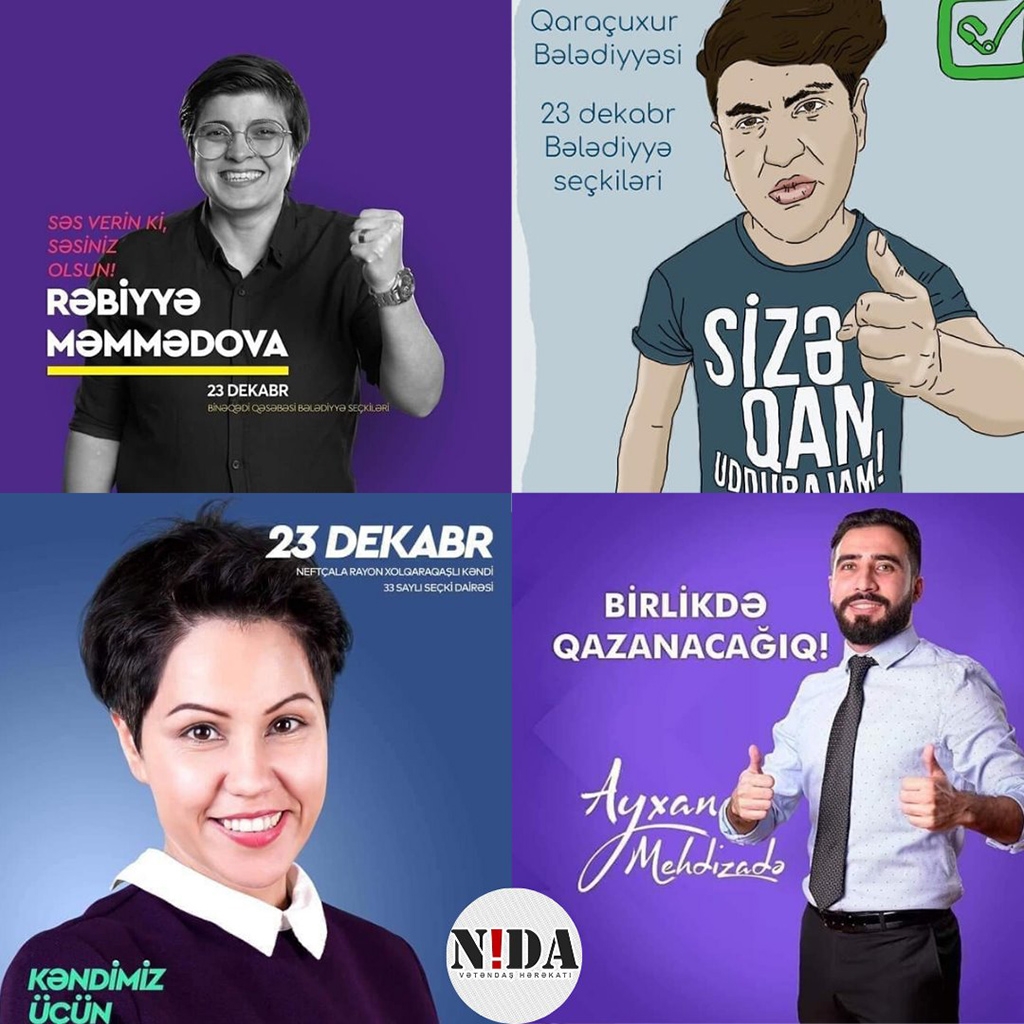 As Azerbaijan prepares for upcoming elections, a perhaps surprising phrase comes up frequently in conversations among the country’s political opposition and independent activists: “This time, it will be different.”

Throughout Azerbaijan’s post-Soviet history, elections have been carefully orchestrated affairs, with voters knowing the results before they went to the polls. Observation missions from the OSCE’s Office for Democratic Institutions and Human Rights (ODIHR) have never deemed an election in the country as adhering to international standards, and opposition parties have boycotted since 2005. All levels of government are completely controlled by loyalists to President Ilham Aliyev.

But with two elections approaching, some young Azerbaijanis see new possibilities to, if not win office, at least create some additional space for political discussions and participation in the country.

“There is a hope in some groups, I have observed it,” said Anar Mammadli, the head of the Center for Election Monitoring and Democracy Studies. “But the election process should not be treated as the only hope, it is just one of the opportunities to give people power.”

At least 50 public activists have begun preparing their campaigns for two upcoming votes: on December 23 for municipal elections across the country, and then on February 9 for parliamentary elections. Several of the new candidates are from the Nida Civic Movement, who along with independent activists plan to participate in the parliamentary election as a coalition.

While official Baku insists that its elections are clean, independent and international observers have documented pervasive violations including ballot-box stuffing, multiple voting, and carousel voting. Freedom of assembly and press is limited for independent candidates, and the election commission is stacked in favor of the government, as ODIHR reports have repeatedly demonstrated.

“We have no illusions about how the authorities conduct elections, we know that elections will be falsified again,” said 32-year-old Ulvi Hasanli, a Nida board member who intends to run for parliament representing Baku’s Binagady district. “But at the same time, our main goal is to change the socio-political environment in the country, to increase citizens' interest in political processes, and to change the political mood. We see elections as one of the ways to do this,” he told Eurasianet. “There is more hope for young people in society, just not for the politicians that people have seen for years.”

Hasanli said that the short campaign period – it will last for only 21 days – and independent candidates’ lack of access to public television make it an unfair process even before the votes are counted. “However, we’re going to use new media tools and in-person meetings with citizens to introduce a new generation of public figures,” he said.

Hasanli’s positive approach is not shared by everyone, and Azerbaijan’s opposition parties are divided on their approaches. The parties Musavat and Umid have announced that they will take part in the parliamentary elections, and the ReAL Party will participate in a coalition with other candidates called the Republican Union. The Popular Front Party of Azerbaijan (PFPA) and its allies in the National Council of Democratic Forces are boycotting. “There is no environment for holding free and fair elections,” Ali Karimli, the chairman of PFPA, wrote on his Facebook page.

The process for parliamentary elections was set in motion in late November, when the ruling New Azerbaijan Party appealed to President Aliyev to dissolve parliament and call early elections. (The vote had been scheduled for fall of 2020.) Government officials have portrayed the election as necessary for a new parliament that could be more responsive to their much-vaunted “reform agenda.” Many observers, though, are skeptical that there are any substantial reforms slated, and instead see the election as a part of a process of shifting power to figures close to Aliyev’s wife, First Vice President Mehriban Aliyeva.

Nevertheless, there are encouraging signs for those in Azerbaijan who truly want reforms.

Over the past two years, many high-ranking officials have resigned, and there is slightly more space for civil society and opposition. The government has appeared to deal with dissent somewhat more gently than it had several years ago, and some of the space that was closed in a crackdown in 2013 and 2014 has begun to open up again. This has raised expectations that the government’s falsification of the elections may be softer than in previous years, with the possibility that some independent candidates may be allowed to win.

Alongside that trend, Azerbaijanis have become increasingly dissatisfied with life in the country, especially since the 2016-2017 recession. Social media has allowed some of those complaints to be expressed in political terms. A rally in January in support of a political prisoner drew unprecedented support, even from Azerbaijanis who had previously not been politically active.

This has led to two strains of optimism: one sees Azerbaijan’s elite realizing that it has to make serious reforms in the face of a persistent economic crisis. The other sees a population that could get increasingly politicized as a result of the crisis.

Representing the latter is Samad Rahimli, a 30-year-old human rights lawyer who is running in the parliamentary elections to represent the Khatai district of Baku as part of the coalition that includes Nida. He is working on a shoestring budget and has gathered a small team of like-minded volunteers (he describes his orientation as “liberal/libertarian”) to help with his campaign. But he hopes that independent candidates at least have a chance to reach disaffected Azerbaijanis.

“I hope to direct the discontent in the right direction,” Rahimli told Eurasianet. Now, he said, “these grievances are not organized or purposeful. I think ideas are the most important thing, and that they can be spread by discussing them as much as possible. I think dissatisfaction is what is making people listen to these ideas... At least it is worth the effort.”

Coalition members are not united ideologically, only in their opposition to the current government. They are providing technical and organizational support to one another and will cooperate in signature-gathering, campaigning, soliciting donations and observing the elections.

Irada Javadova, a human rights lawyer who was disbarred in 2018, intends to run as an independent in the parliamentary elections. “I really would like people to be active in the election,” she told Eurasianet. “The right to vote is important and it’s necessary to use it. People need to understand that if they go and vote for candidates that they trust, their votes shouldn’t be stolen.”

The optimism about the elections is largely a Baku phenomenon, Mammadli noted. “There are many districts, like Nakhchivan and so on, that don’t participate in the elections properly, they are left outside the election process because the government hasn’t created an appropriate atmosphere,” he told Eurasianet. “We see election campaigns and competition only in Baku and nearby cities.”

Overall, Mammadli is skeptical that the elections will bring much change. “There is no sign from the government side that they will allow real, independent people to enter parliament, which has always been subordinate to the executive branch,” he said. “It is difficult to expect real and fair elections under these conditions.”