In limbo for a generation: Photos of Azerbaijan’s displaced

A group of Azerbaijani refugees and IDPs welcomed an Italian photographer to document their lives inside an abandoned cinema. 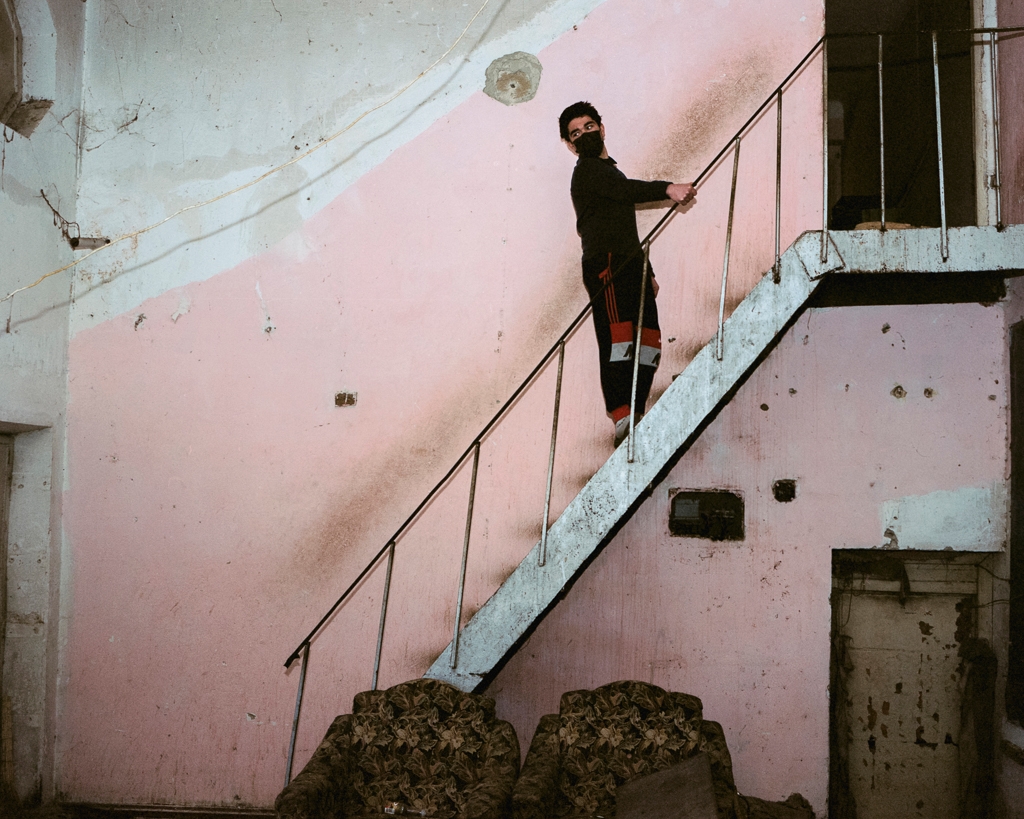 Nurulla, 16, heads up to the roof. (all photos by Alessandro Perchiazzi)

Murad was born in an abandoned cinema in Sumgayit, a Soviet-era hub for the petrochemical industry. Now 14, he is almost old enough to fight for a land he’s never seen, only heard about from his elders, who fled the violence there a generation ago.

It feels like the world only remembers the war between Armenia and Azerbaijan when fighting flares up, as it did on September 27. But thousands of people still live in limbo, as if combat had continued nonstop since 1988.

As the Soviet Union imploded, Armenian forces took control of mountainous Karabakh and seven surrounding regions, territories the United Nations still recognizes as part of Azerbaijan. The war left tens of thousands dead on both sides; hundreds of thousands more were displaced.

A quarter century after a ceasefire, some still do not have their own homes.

Photographer Alessandro Perchiazzi has spent time over the last two years with a group of Azerbaijani refugees and internally displaced people living inside the former cinema.

"Despite being a privileged outsider, I was welcomed and allowed to be part of many family dynamics which unfolded before me and my camera,” Perchiazzi says.

Perchiazzi was drawn to "the resilience of the families and their relationship with the cinema building whilst coping with the anticipation of returning home or receiving appropriate housing.”

“Despite being displaced from their homes and dwelling in precarious conditions, they nevertheless managed to build their nest and raise their families in the cinema.” 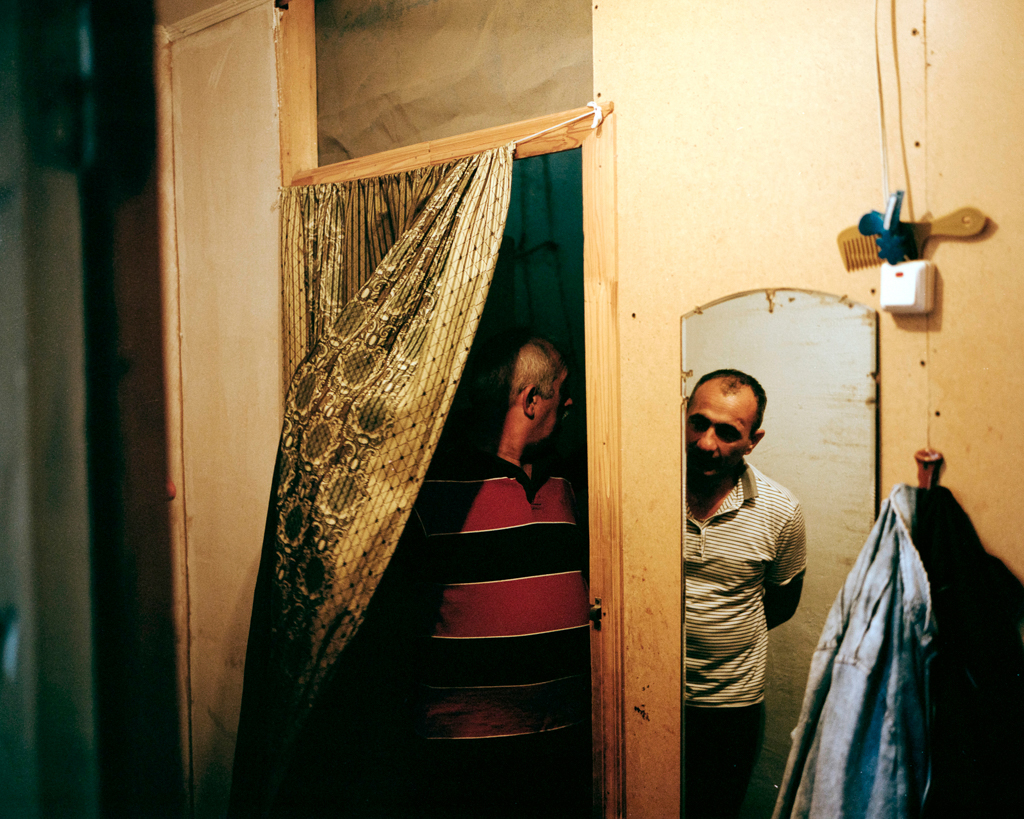 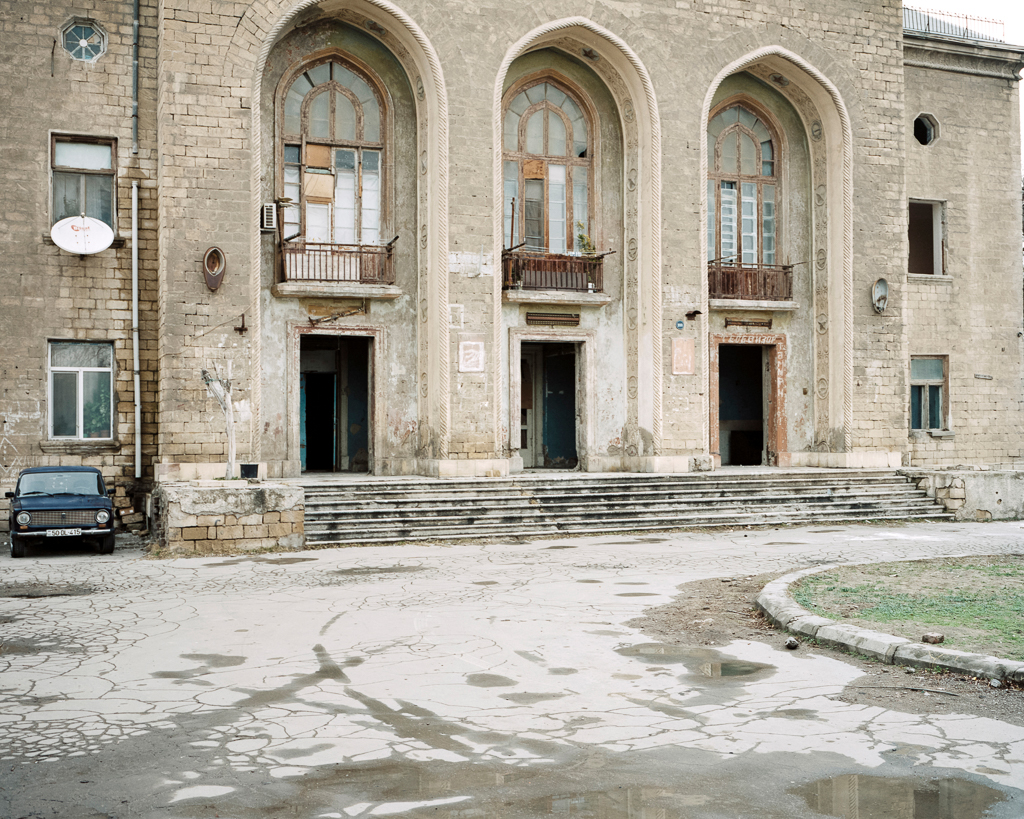 The cinema, built by German POWs after World War II, served as a recreational space for Sumgayit residents until the Soviet collapse in 1991. 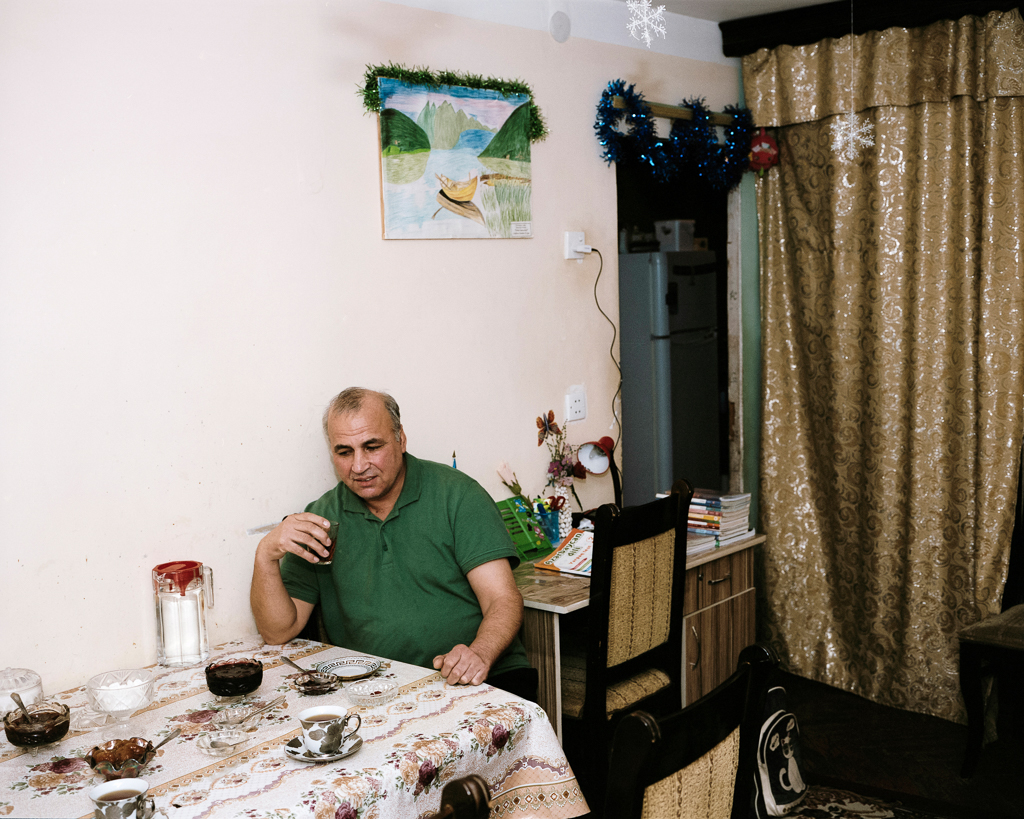 Father of two Abulfaz, 50, enjoys tea before going to start his shift as a security guard. He fled his home in Qubadli when Armenian forces took control of the district. After living in Russia and Ukraine, he moved into the cinema in Sumgayit with his wife in 2004. 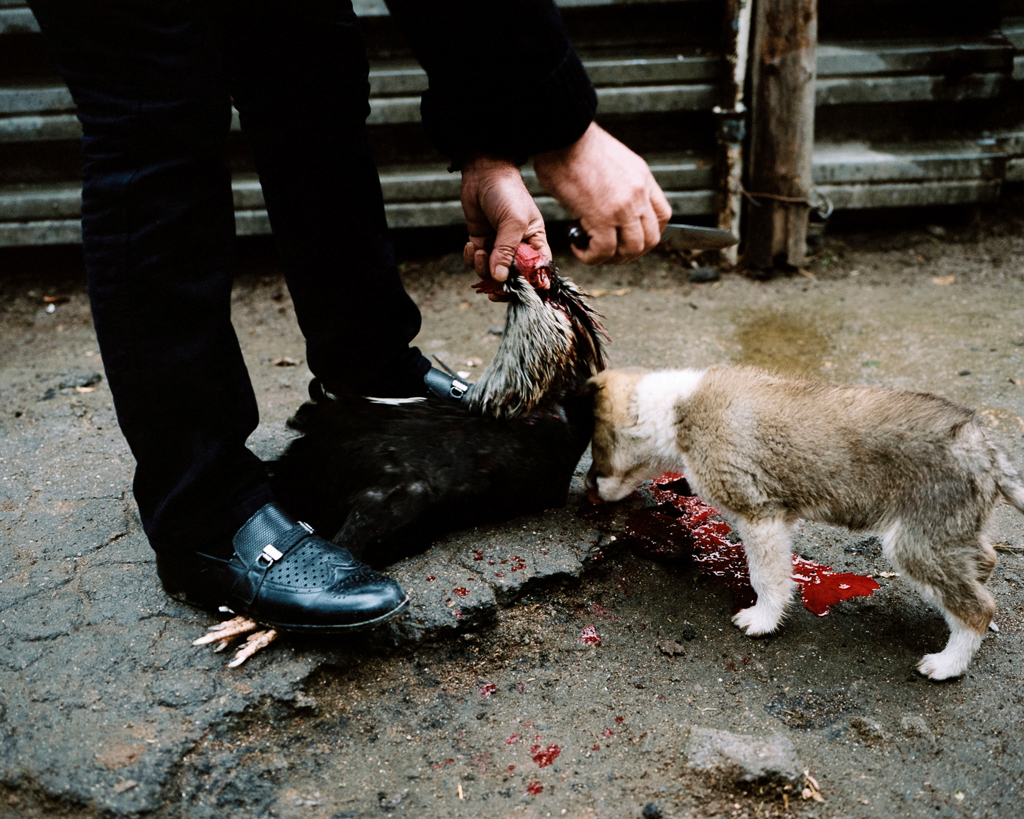 Mohlet kills a chicken for lunch. 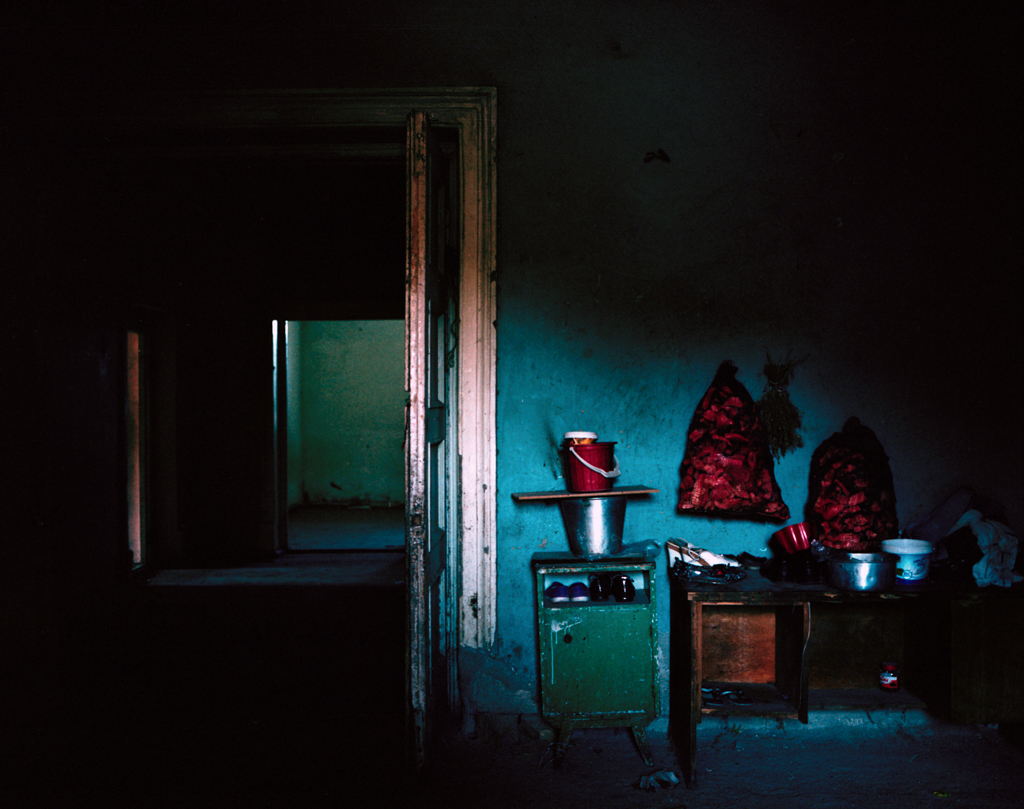 Entrance to the cinema complex. 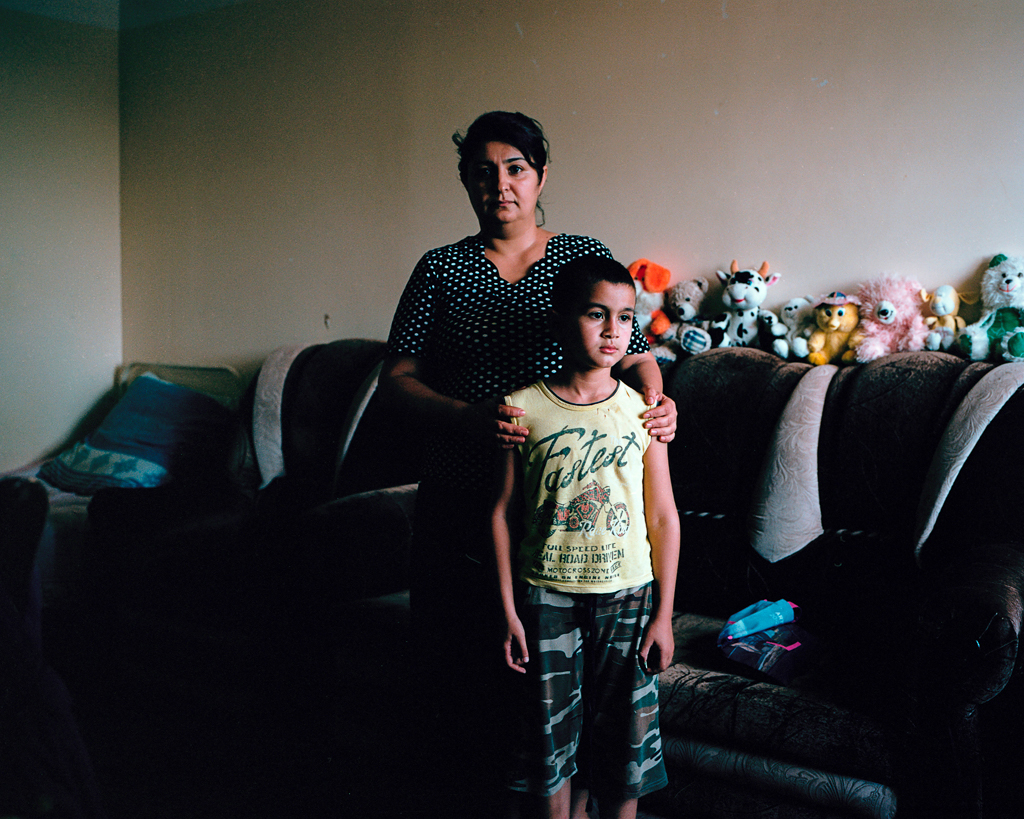 Konul, 38, originally from Nagorno-Karabakh’s Qubadli district, and her son Ramil, 8, pose for a portrait inside their cinema home. 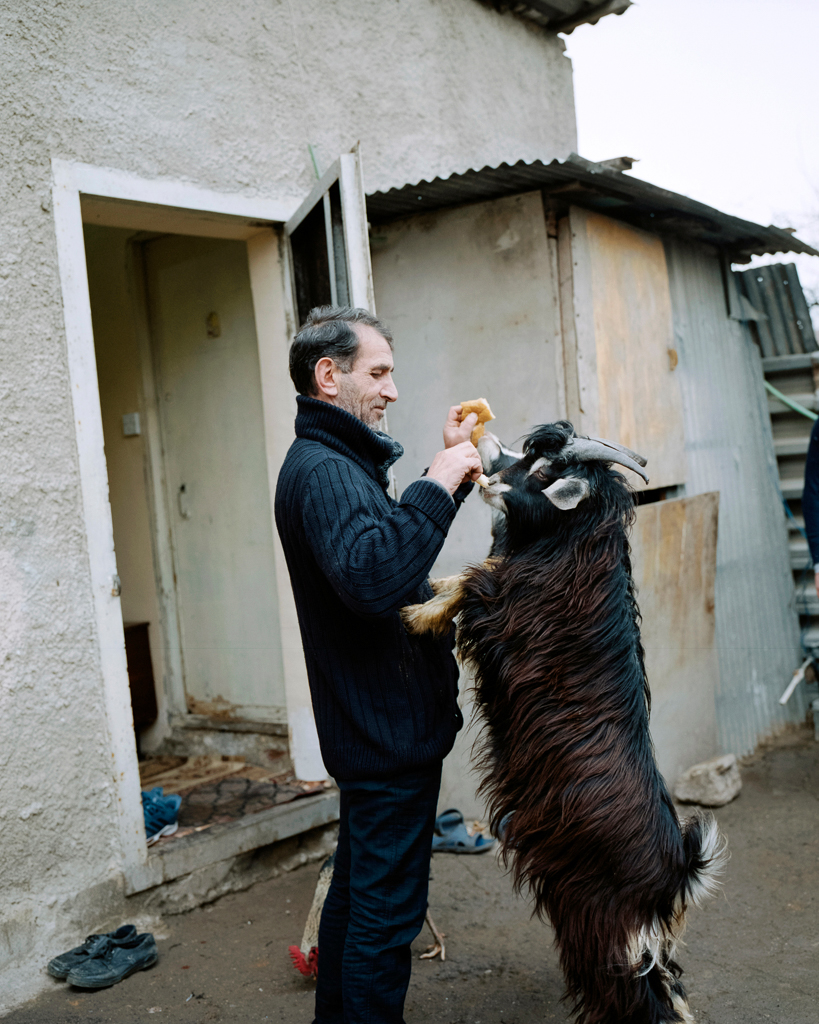 Mohlet plays with his goats during a break from work. He fled from his home in Sisian, Armenia, in 1988 and has been living in the cinema since 1994 with his wife Ayda. 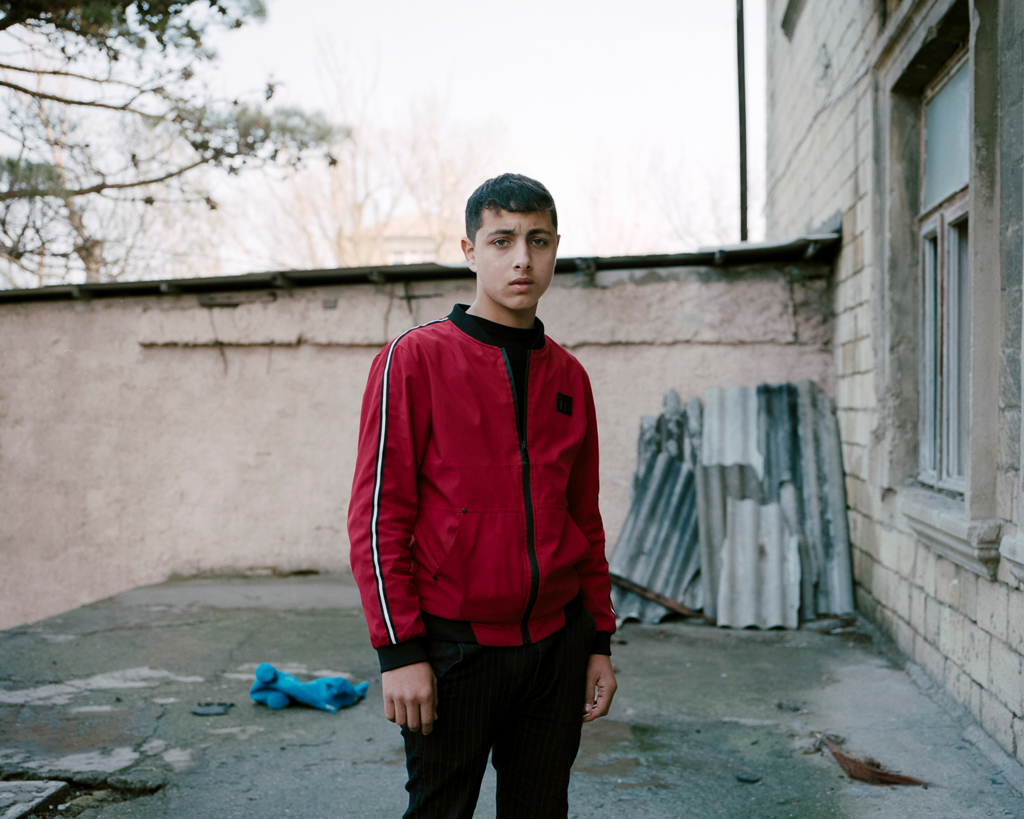 Murad, 14, poses for a portrait in the backyard of the cinema after returning from school. Murad was born in the cinema, where his parents arrived in 1998. 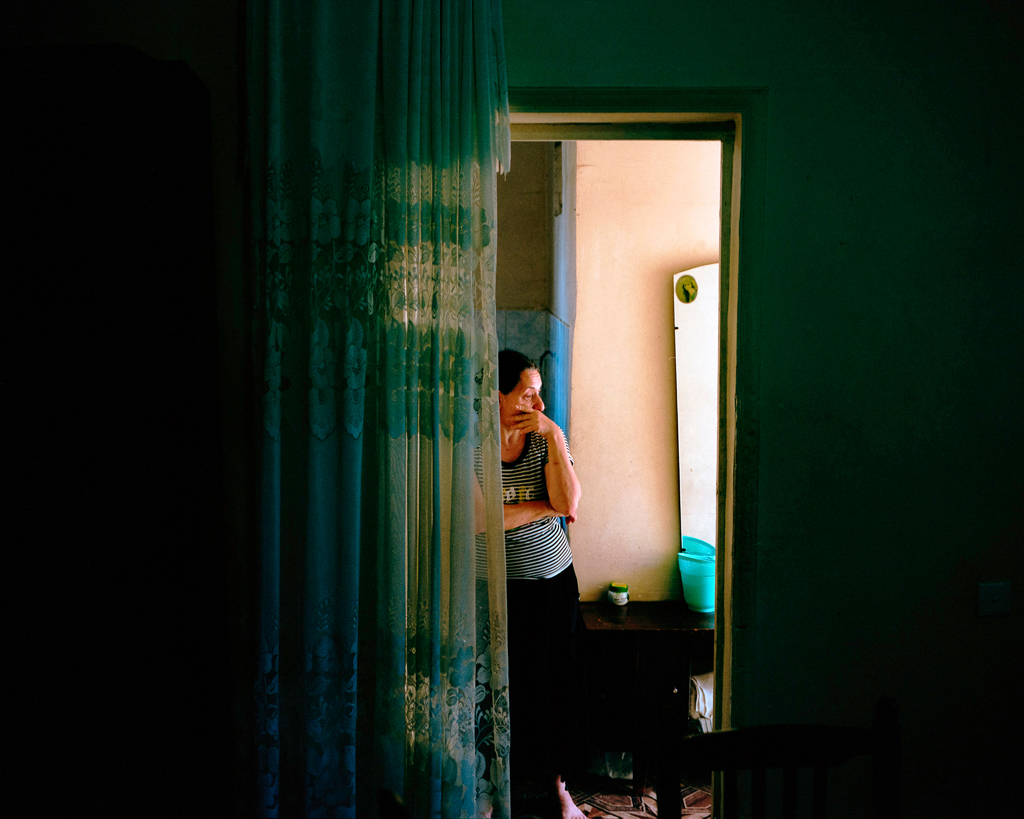 Ayda, 51, mother of three, moved to Sumgayit to study. There she met her husband Mohlet.

Alessandro Perchiazzi is an Italian-born documentary photographer based in London.