In new bid against court, Pashinyan calls for referendum

He says the Armenian people should have an opportunity to weigh in on the government’s ongoing battle with the judicial system. 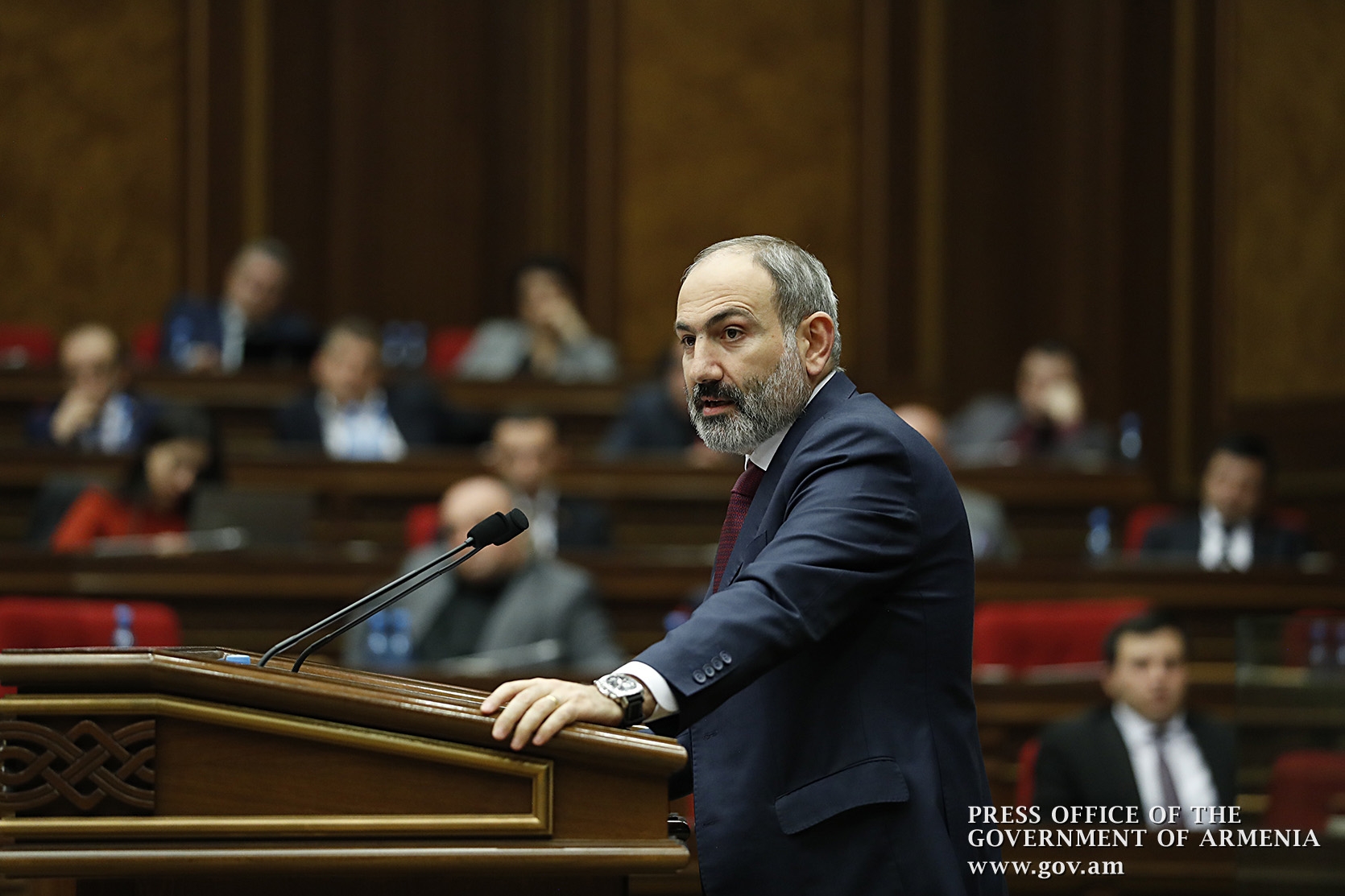 Armenia’s parliament has approved a referendum to take the government’s fight with the judicial system to the people, calling a nationwide vote on dissolving the country’s highest court.

During a February 6 extraordinary session of parliament, Prime Minister Nikol Pashinyan proposed holding the referendum on eliminating the Constitutional Court. During the same session, parliament approved the measure on a nearly party-line vote, with all of Pashinyan’s My Step coalition voting for it.

It was a decisive escalation of Pashinyan’s long-running battle against the court, which is dominated by holdovers from the former regime of Serzh Sargsyan, which Pashinyan and his allies overthrew in the spring of 2018.

“The Constitutional Court represents the corrupt regime of Serzh Sargsyan, rather than the people, and it must go,” Pashinyan told the lawmakers. The referendum will call for seven of the current nine judges to be fired, sparing only the two judges who have been appointed since the new government came to power.

During the speech, Pashinyan took direct aim at the court’s chairman, Hrayr Tovmasyan, whom parliament and Armenian law enforcement have been trying by various means to force out, thus far unsuccessfully. Tovmasyan was appointed in 2018, just before a new constitution went into effect that would have limited his term in office. As it stands now, Tovmasyan is eligible to serve another 15 years, until he turns 65.

“Armenian people will have to wait until 2035 [for a change in the court] because Tovmasyan, with the help of his party, occupied the court,” Pashinyan said.

The debate on the snap referendum, which had not been publicly mooted before Pashinyan announced it from the rostrum, was impassioned.

“Is it you who decides who are anti-state forces and who are patriots? Is this the ‘democracy’ you dream about?” Marukyan asked Pashinyan during the session. “The main political forces here [in parliament] should reach a consensus.”

Following the vote, the Parliamentary Assembly of Council of Europe (PACE) called on the Armenian authorities to ensure that the draft legislation would comply with the constitution, noting that “among other things, this would change the procedure of revision of the Constitution itself.”

The PACE statement continued: “We call on the Armenian authorities to request as soon as possible the opinion of the Venice Commission, the Council of Europe’s expert body on constitutional law. We believe that this opinion, which could be adopted very quickly via an urgent procedure, would be valuable to all stakeholders, including the Armenian electorate if a referendum were to be held.”

The Venice Commission has been skeptical of many of the government’s moves against Tovmasyan and the court. Last fall, it openly criticized a bid by a pro-government judge to take his position. And it proposed caution on a government offer to allow the court’s justices to retire early and still collect their salaries. “The potential simultaneous retirement of several and even as many as seven out of nine justices might hamper the effective functioning of the Court,” the commission said in a statement. Thus far, no judges have taken up the offer.

The referendum should take place in late March or early April, Lilit Makunts, the head of the My Step faction in parliament, told reporters.