Two spy scandals involving well-regarded organizations speak to Armenians’ loss of faith in the international community, as well as the opposition’s interest in taking advantage of that mistrust. Our weekly Post-war Report. 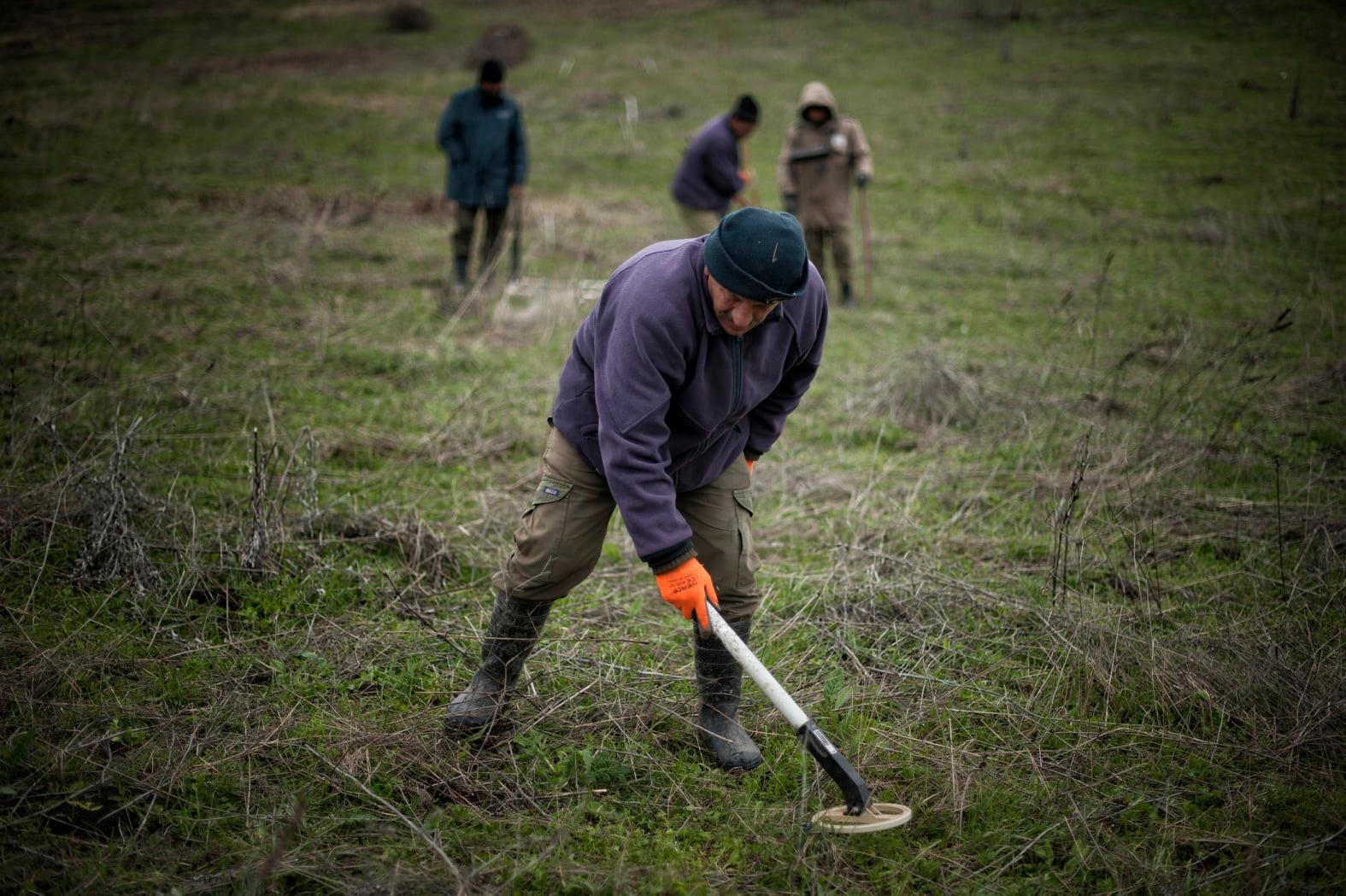 In the search for scapegoats, there is one classic fallback: the foreign spy.

This week, Armenians accused two prominent foreign organizations of spying for the enemy during the war. Both accusations, in their own way, are deeply improbable and speak more than anything else to the desperate search for answers following last year’s traumatic defeat to Azerbaijan.

The first accusation was indirect: The head of the UNICEF office in Armenia, Marianne Clark‑Hattingh, was accused, via a widely read Telegram news channel, of having spied for the UK and Azerbaijan during the war. While a report like that might normally have been dismissed as gossip or disinformation, the day after it came out, Armenia’s Ministry of Foreign Affairs confirmed that it had suspended her tenure in the country. It cited, vaguely and intriguingly, only “failures in implementing her mandate and uncooperative conduct.”

The prosecutor’s office said was looking into the spying allegations, and Clark‑Hattingh left the country, the local UNICEF office reported. Her Twitter account was deleted. UN officials strongly denied the accusations. “The spying allegations against her are baseless, and I would defend her strongly,” a UN spokesman, Stéphane Dujarric, said on March 10.

But the innuendos continued. “It is strange why she was not declared internationally wanted, but was only dismissed by government decision,” the newspaper Zhoghovurd, known for its anti-government stance, wrote. “How did she manage to leave Armenia unhindered? In any case, we do not know where Marianne Clark-Hattingh was during the days of the 44-day war, what information she possessed, why during that she never reacted to Azerbaijan's various atrocities against children?”

This curious story was followed by an even more surprising allegation: that the demining NGO Halo Trust had given intelligence to Turkey during last year’s war. And this allegation was more direct, from the special representative of the de facto president of Nagorno-Karabakh.

“I learned from reliable sources that the HALO Trust, which operated under the name of a British charitable organization and was engaged in landmine clearance, obtained maps of the minefields of the Armenian side during its activities in Artsakh and handed them over to the Turkish special services,” the adviser, Boris Avagyan, told local news site 24News. (Artsakh is an Armenian name for the region.) “As a result, the enemy was able to successfully pass through the minefields during the war. Under the pretext of studying dangerous areas, the company carried out reconnaissance operations throughout the territory of Artsakh.” Avagyan later added that he had referred the claim to the security services of Karabakh.

And a spokesperson for the de facto president said that Avagyan was speaking for himself. “Boris Avagyan doesn’t have this kind of authority,” the spokesperson, Lusine Avanesyan, said. “I will also note that Avagyan is not connected in any way with the issues he’s expressing an opinion on. HALO Trust has worked in Artsakh for many years and continues to work today.”

Both organizations seem to have gotten wrapped up in a conspiracy theory widespread among Armenians that the UK supports Azerbaijan because of the significant role that British energy giant BP plays in the Caspian gas and oil business. The conspiracy theory doesn’t seem to go farther than that: There is no evidence that the UK did any more or less than the (very little) that other Western countries did during the war, or that Azerbaijan needed any British support. But the fact that Clark-Hattingh is a Briton and HALO is UK-based and its international staff in the region are mostly former British military officers seems to have contributed to the paranoia. (President Armen Sarkissian, who had and reportedly still has British citizenship – he hasn’t said – also has been implicated, with many claiming that he has some allegiance to the UK.)

The twin allegations are symptoms of a post-war "state of denial" that has trapped Armenians and the Armenian government, said Richard Giragosian, the head of the Yerevan think tank Regional Studies Center. Now, "that state of denial has only deepened, moving in a strange new direction of embracing conspiracy theories," Giragosian told Eurasianet. "Although driven by a sense of betrayal by the West and a profound insecurity by the heightened threat perception of both Azerbaijan and Turkey, there has been a dangerous and bizarre move targeting British interests."

During the war, people on both sides accused many international organizations of trying to create a false balance, and among Armenians, UNICEF was one of the prominent targets. Neutrally worded social media posts calling attention to children suffering on both sides of the conflict got hundreds of negative comments from Armenians calling them to take a stronger position against Azerbaijan.

Karabakh’s then-human rights ombudsman, Artak Beglaryan, accused UNICEF of “selective” sympathy. “Where is the UN when Artsakh civilians are killed and suffering by Azerbaijani aggression? No visit, no word, no help.”

While many international organizations got that kind of treatment, HALO wasn’t one of them, making that accusation all the more puzzling. HALO was unique among these sorts of organizations for its reputation (both among Armenians and Azerbaijanis) for taking an unequivocally pro-Armenian stand. It is one of very few major international organizations to operate in Nagorno-Karabakh, and does so against the will of the Azerbaijani government. It gets much of its funding from the global Armenian diaspora, and when the U.S. government cut off funding in 2019 Armenian-American lobby groups claimed that it was the result of Azerbaijani pressure.

That has not protected HALO from further insinuations. One opposition-friendly Armenian news website reposted a social media post by a Russian journalist claiming that in Chechnya, “HALO Trust was training militants. Under the guise of training volunteers to demine the territory, they were preparing specialists in mine-sabotage work.” (It should be noted that many of the more lurid allegations around these affairs are coming from sources friendly to Armenia’s political opposition and/or Russian hardliners.)

I asked Eurasianet’s correspondent in Armenia, Ani Mejlumyan, what she made of all this, and she pointed out that if Armenians really had evidence that anyone was passing on information to foreign intelligence agencies, then it would be in the hands of Armenia’s National Security Service. And if they had it, it would have already been leaked to Mikayel Minasyan, an opposition-connected figure who has been publishing a steady stream of information damaging to the current authorities.

"While this paranoid over-reaction may be seen as an unsurprisingly emotional response to the shock of the unexpected loss, it raises serious concerns and poses significant challenges for the future of the country, both in terms of political discourse and institutional democracy," Giragosian said. "Armenia can ill afford to turn against its few friends in this time of post-war crisis."

Even if the spying allegations are unfounded, though, how to explain how both Clark‑Hattingh and HALO were targeted by official structures? Clearly there is far more going on than is currently visible.

What is evident, though, is that the episode illustrates the loss of authority of international institutions in the region. It’s a phenomenon we’ve seen on both sides.

For many Azerbaijanis, one major lesson of the war was that all of the pre-war diplomacy and peacebuilding that international organizations carried out was useless: They got what they wanted and the only help they got from outside was Turkish military support. Armenians, conversely, saw the lack of international support as a betrayal, and as a lesson that in the future they can only count on themselves. It’s shaping up to be a more isolated, insular Caucasus.