The dram has gained about 15 percent against the dollar in recent weeks, bolstered by an influx of Russians to Armenia and a move to buy gas in rubles rather than dollars. 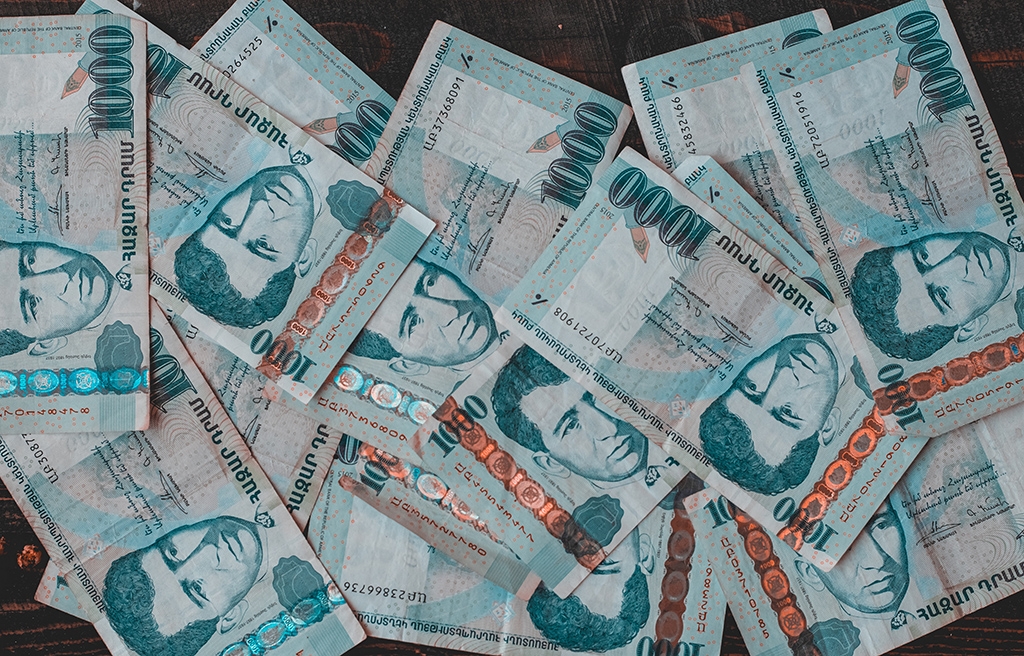 An unexpected rise in the dram may help tame inflation. (Shutterstock)

As Russia’s invasion of Ukraine has upended economies around the region, Armenia’s currency has sharply gained in value.

After hovering at its usual rate of just under 500 to the dollar, it dropped to about 518 to the dollar in mid-March before rising to 450 on May 4, a 15 percent gain in about six weeks.

Explanations for the dram’s rise vary.

The Central Bank of Armenia connected it to the influx of Russians who have come to the country escaping repression and sanctions at home.

"We have international visitors in Armenia. [...] When these people spend money in our resorts or restaurants, it is considered an export growth from the perspective of the balance of payments in Armenia,” the bank’s head, Martin Galstyan, said at a May 3 press conference. “This situation led to the point that we have progressive growth of foreign currency in terms of supply to demand, which resulted in some strengthening of the dram."

Galstyan added that the future course of the dram would depend on how long the visitors stay in Armenia and how they spend.

Another factor: Armenia recently began paying for natural gas from Russia in rubles rather than in dollars, which was the previous practice.

"Armenia used to transfer $35-40 million a month to Russia for natural gas alone. Now that amount is not transferred in dollars,” economist Suren Parsyan told local news site lragir.am. With excess dollars now available on the local market, there is less demand for the greenback, supporting the value of the dram.

“Besides, economic activity in Armenia has slowed down, and people's purchasing power has decreased,” Parsyan added.

Parsyan told Eurasianet that the Central Bank appears to be not intervening, seeing a chance to tame inflation. In May, the bank’s board met and decided to keep the refinancing rate unchanged at 9.25 percent. “They either could decrease the refinancing rate or buy dollars from the market and bring the exchange rate to what it was before. But the bank doesn’t want to do that since it would result in greater inflation,” he said.

Core inflation has been running at 7.4 percent so far in 2022, after measuring 7.7 percent in 2021. A rise in the dram should help by making imports less expensive, though it can hurt exporters.

"From the point of view of inflation, this [the rise in the dram] is a positive phenomenon because it mitigates the situation,” Narek Karapetyan, an economist at the Yerevan think tank Amberd, told RFE/RL. “However, we cannot feel the impact immediately."

The Central Bank’s Galstyan said that inflation was projected to decrease to 4 percent “in the medium term.”