In Russian war on Ukraine, Georgia’s economy to be collateral damage

Wheat imports, exports of wine and metals, and remittances from labor migrants all stand to suffer. 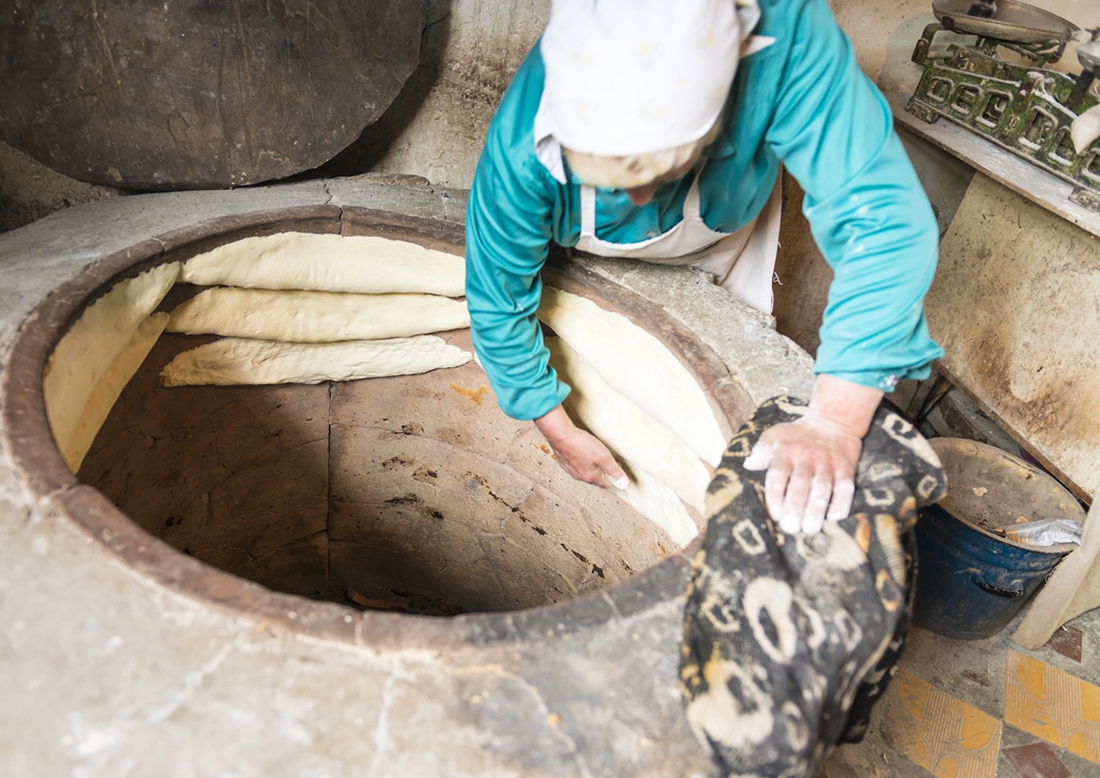 Increased prices on wheat – and therefore, bread – appear inevitable, running the risk of social discontent in a country where most live close to poverty. (iStock)

Dependent on both Russia and Ukraine for trade, Georgia’s economy is bracing for a heavy hit from the war. And the impacts may be felt most on two of the staples of Georgian life: bread and wine.

Despite the political hostility between the two countries, Russia is a literal breadbasket for Georgia, accounting for 94 percent of all wheat flour imports. That dependence has created fears of bread shortages and in the early days of the war many Georgians bought flour in bulk, temporarily emptying shelves.

Russian wheat imports have been halted, though Georgian officials say that the country has a two-month supply in stock. But it may not have many alternatives once that runs out.

Russia and Ukraine together account for about 30 percent of global wheat exports. In war-battered Ukraine, wheat planting and harvesting has been threatened as “the farmers are on the frontlines,” the head of the World Food Program, David Beasley, said on March 29. The country had gone “from the breadbasket of the world to the breadlines,” he said.

Following the start of the war, both Ukraine and Russia banned wheat exports to ensure that there was a sufficient domestic supply. Russia’s embargo is partial, only affecting wheat exports to its immediate neighbors, but shipments have been stalled to other countries as well after international shipping and financial firms extricated themselves from Russia.

But Georgian officials have insisted that the country has other options.

“The question is about the price,” Economy Minister Levan Davitashvili told reporters. “It’s not that Georgia has no alternatives.” Davitashvili pointed to Kazakhstan and Eastern Europe as possible replacements for Russia, but given the disruptions to global supplies, Georgia may have to stand in line.

Increased prices on wheat – and therefore, bread – appear inevitable, running the risk of social discontent in a country where most live close to poverty. Recent increases in fuel prices, another knock-on effect from the war, have already sparked protests.

On the export front, Georgia also is heavily reliant on Russia, the world’s top drinker of Georgian wine.

In 2021, Russians downed a record 62 million bottles of Georgian wine, worth $131 million, amounting to about 56 percent of all Georgia’s wine exports. In second place: Ukraine, which in the same year drank 13 million bottles, worth $25 million.

The war has indefinitely suspended exports to Ukraine – routes into the country are limited, and fewer Ukrainians are buying wine now anyway – while sales to Russia are stalled because of international sanctions. Georgia is not a direct party to the sanctions, but international restrictions on Russian finance mean that Georgian exporters face additional hurdles in getting payments from Russian customers.

“A lot of produce that was meant for Russia and Ukraine is now stuck in Georgia,” Zurab Ramazashvili, the founder of Telavi Wine Cellar, told BMG news service. “When you can’t sell wine, it remains in tanks and we might not have the room for the new vintage.”

Georgia has a long history of geopolitics getting in the way of commerce with Russia, its largest export market and second-largest source of imports, behind Turkey.

In 2006, in the middle of a freezing winter, Russia suspended natural gas supplies to Georgia, leaving much of the country without its primary source of heating. Moscow cited a technical accident on a pipeline as the cause of the interruption, but in Georgia many saw that as a pretext and a punishment for Tbilisi’s efforts to orient itself toward the West. The same year, the Kremlin also banned alcoholic beverages from Georgia as well as Moldova, another post-Soviet state that was increasingly defying Moscow.

Georgia began to diversify its sources of both energy imports and wine exports, but those efforts slowed following the change of government in 2012 and the rule of the Georgian Dream party, which came into office on promises to build a less confrontational relationship with Moscow.

Russia lifted its ban on Georgian wine shortly after the change of power, and Russia has been gaining economic ground on other fronts, as well. In 2021 Russia became the largest exporter of electricity to Georgia and is its second-largest supplier of natural gas (after Azerbaijan).

“Even though there is an understanding in Georgia that Russia is not a reliable trade partner for many reasons, it’s still an easy and massive market that is keen on traditional Georgian products like wine and mineral water,” Aleksi Aleksishvili, the CEO of Tbilisi-based advisory firm PMCG Consulting Group, told Eurasianet. “Georgian companies naturally turn to Russia, even as they are exploring other options.”

Wine may not be the top source of revenue for Georgia (accounting for 6 percent of the country’s total exports), but it is a celebrated national product and the wine industry is a major employer in Georgia’s largely agricultural society. “There are a lot of people and a lot of effort behind the wine industry,” Aleksishvili said. “Stopping sales to Russia and Ukraine will thus have a deep and many-layered impact on Georgia.”

The severity of this impact is impossible to estimate as it depends on the duration of the conflict. Even if the Russian invasion ends soon and international sanctions are rolled back, the economic damage will likely linger in both countries, reducing their appetite for wine.

“Wine is not a commodity you can simply sell to another place if one market closes down,” Aleksishvili said. “You need to promote and popularize wine in the new markets, make sure there is a demand for it. By contrast, ferroalloys can be relatively easily diverted to different markets.”

Ferroalloys don’t have the same iconic significance but are in fact a far larger source of revenue for Georgia and represent the country’s second-largest export commodity after copper. Last year, Georgia exported ferroalloys worth more than $447 million, nearly double the value of wine exports. About 36 percent ($172 million) went to Russia.

But metallurgy is a far more resilient industry than agriculture when it comes to external pressures. Alloys like ferromanganese and silicomanganese – Georgia’s specialties – are essential for steel production as deoxidizing and strengthening agents. The price on these alloys has spiked amid European worries over interruptions in supplies from Ukraine, which is also a major producer: before the war, about 30 percent of the European Union’s supply of silicomanganese came from Ukraine.

Ferroalloy markets watchers expect international supply chains to be restructured as the EU looks for replacements for Ukraine and Russia. Despite short-term setbacks, Georgian ferroalloy manufacturers are unlikely to have problems finding buyers.

The contraction of the Russian economy could also dry out cash that Georgians, both temporary labor migrants and naturalized Russian citizens, send to their families in Georgia. Last year, $411 million in remittances were sent from Russia to Georgia, a study by Transparency International found, representing 17.5 percent of all remittances to Georgia.

On top of everything else, large foreign investors may be having second thoughts about investing in Georgia, often seen as next on Moscow's to-bomb list. “As far as foreign investors are concerned, Georgia now is a battlefield and a drop in foreign direct investment is likely,” Aleksishvili said.

For the time being, many of these economic pressures are out of the Georgian government’s control. Beyond subsidies and inflation control mechanisms, there is not much Tbilisi can do to mitigate the unfolding shock. “If there is one lesson Georgia can draw from this situation, it is about the need to diversify trade in the long-term,” Aleksishvili said.