In wake of war, Armenians reconsidering vacations to Georgia

Social media has turned against Armenians planning to vacation on the Black Sea, given what many see as Georgian betrayal in last year’s war. But bookings still appear brisk. 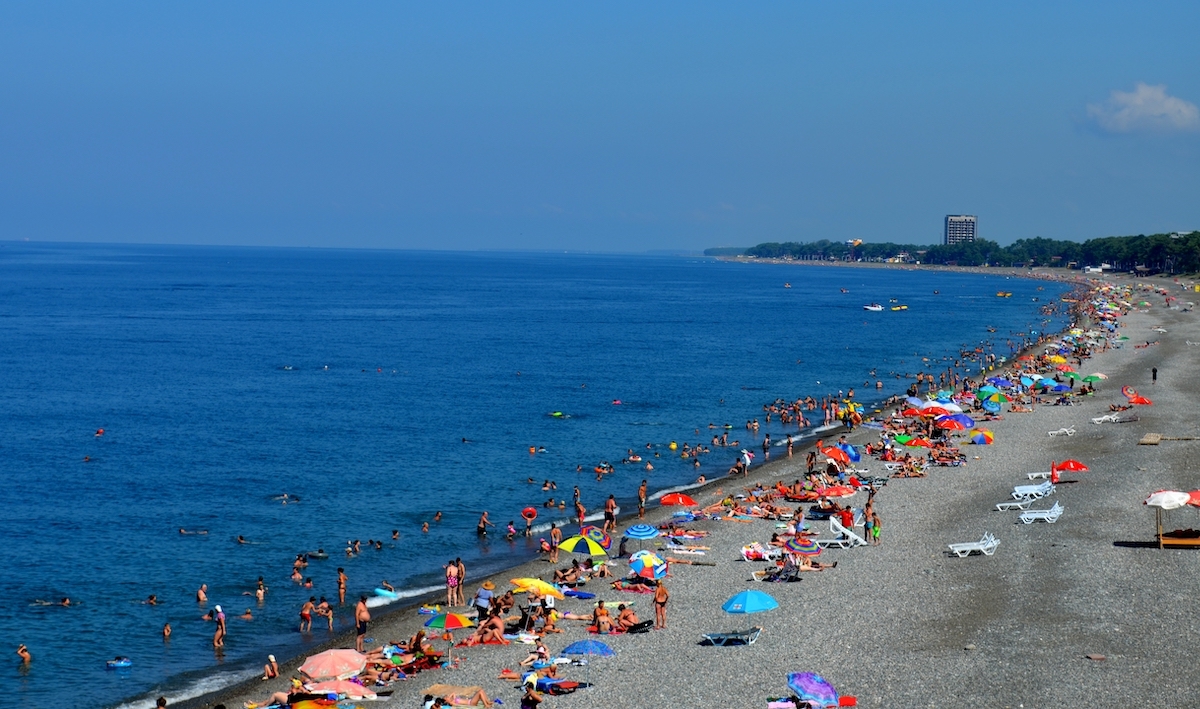 With summer here, Armenians are planning their holiday getaways. But one of Armenians’ traditional vacation destinations, Georgia, has become problematic.

In last year’s war with Azerbaijan, Georgia stayed neutral, closing its borders and shutting its airspace to military cargo in all directions. But reports did emerge of military cargo flights between Turkey and Azerbaijan during the war crossing Georgian airspace.

Tension was further exacerbated by reports, denied by Armenia’s embassy in Tbilisi, that Georgian border guards were blocking deliveries of fuel and humanitarian aid to Armenia. Anti-Georgian sentiments spiked as a result.

The sense of betrayal has not healed, and now it’s affecting Armenians’ vacation plans. In normal years, Armenians would be flocking to Black Sea resorts like Batumi and Kobuleti, which for over a decade has become the vacation spot of choice for landlocked Armenians. Those with deeper pockets might opt instead for Europe, Egypt, or Dubai, but for many Armenians Georgia – cheaper and closer – is their best choice.

A popular comedy song, Lady Kobuleti, satirizes Armenians’ love for that Black Sea resort town. “Tigran the Great’s surprise would be from sea to sea if he knew that Armenians would be paying money to others to visit the sea,” one line goes. “You can smell the Armenians in Kobuleti from the barbecue – we’re not going to Cyprus, Dubai, all that goodbye. One Adjara, with many Armenians inside” goes another.

In the wake of the war, though, social media has turned against Armenians who are thinking of traveling to their neighbor to the north.

A Facebook page promoting Armenia’s only sea-like destination, Lake Sevan, posted at the end of June: “This year our page is getting the most views ever, hopefully this is because our people don’t want to go to Georgia.”

Many Armenians have been posting that they don’t want to travel abroad, given the hassle of COVID-19 considerations like vaccinations and PCR tests. But many also have politics on their mind.

One Facebook user wrote that, while he always has enjoyed great friendships and has relatives in Georgia, he’s not going to visit now. “My feelings about Georgia have changed and I urge you to not visit Georgia in the coming few years,” he wrote.

In spite of the historical enmity, Turkish resorts like Antalya also have been popular with Armenians in the past. But those destinations, given Turkey’s extensive support to Azerbaijan in the war, are even more taboo. “People who go to Turkey or Georgia should know that they are Turks,” another Facebook user posted.

But it’s not clear how much the social media chatter reflects reality.

Once Georgia lifted its curfew on July 1 – it had already opened land borders to Armenia the month before and trains started running on June 15 – phones started ringing off the hook at Yerevan’s “Marie Tour” travel agency. Armenians are booking trips not just to the Black Sea coast but to Tbilisi as well. “It is very active,” Ioanna Avlastimidu, one travel agent there told Eurasianet. “We also have tours to Egypt and Dubai but since the opening [Georgia lifting its curfew], half the requests are for Georgia. Our first post for a Tbilisi tour just went live on July 1 and the phones were ringing until midnight, we already have groups formed,” she said.

There aren’t statistics for the number of Armenian vacationers in Georgia, but data on border crossings show that Armenians are among the top three visitors, with an average of 1.4 million visitors annually since 2015.