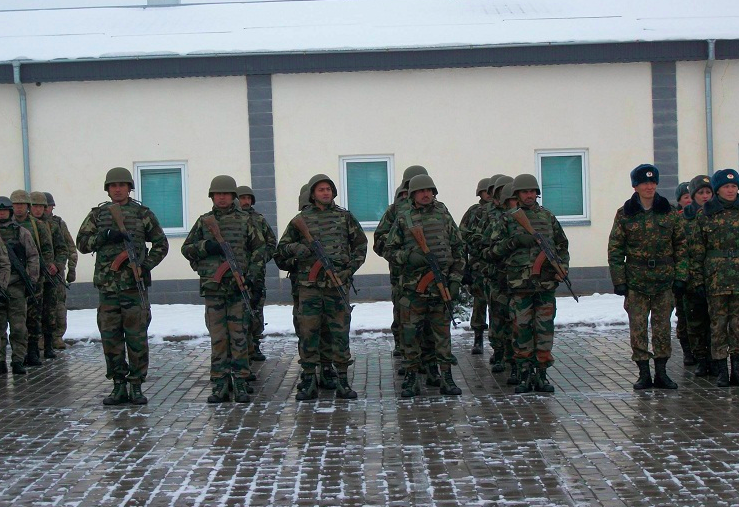 Special operations forces from India and Kyrgyzstan have wrapped up joint military exercises near Bishkek, the first time Indian soldiers have carried out such drills in the country.

The exercises, Kanzhar 2015, involved about 100 soldiers overall, including Kyrgyzstan's "Scorpions" special operations forces and 30 of their Indian colleagues. They covered "joint special operations to destroy illegal armed formations in mountainous terrain," according to a Kyrgyzstan military spokesman. "There were also practical exercises and training including at night, and also exchanges of experience in military medicine, mountain, tactical and firearms training."

As is de rigeur, Kyrgyzstan framed the event as an anti-terrorism exercise: "The provocative, insidious activities of international terrorist organizations, pursuing the goal of seizing government power, have recently become stronger," said Kyrgyzstan's deputy chief of the general staff, Zhanybek Kaparov, at a ceremony opening the exercise. "So for us, it's very important to cooperate with the armed forces of India to fight together against extremism and terrorism."

The Indian soldiers were reportedly specialists in high-altitude warfare, but nevertheless said they hoped to learn how Kyrgyzstan did things: "We know that Kyrgyzstani soldiers have great experience in conducting military activities in mountains and we hope to adopt that," one Indian captain said. "In addition, we will study how to survive in the mountains, since that's the fundamental difficulty in these conditions. We also would like to see what kind of equipment and weapons your soldiers use."

According to one Kyrgyz participant, it sounded like it was the Indian soldiers who were doing most of the training, at least in the medical phase of the exercise: "First aid was needed for soldiers receiving gunshot wounds or burns. In addition, our soldiers imitated broken limbs or contusions. The Indians study how to provide the necessary first aid for these injuries, but in parallel our soldiers, learn, too. The foreign guests share their experience and practices, and say how things are done there."

In 2011 the two countries announced a plan to boost military cooperation, including joint training and establishment of a high-altitude military research center. That same year India and Kyrgyzstan conducted joint exercises in India. Kanzhar 2015 took place March 10-25 in the Shamsi gorge just outside Bishkek. While the exercises were going on, a delegation of Indian diplomats also visited Bishkek and discussed expanding military cooperation.