Many landlords appear to be taking short-term advantage as tens of thousands fleeing war, repression, and sanctions flood the market. 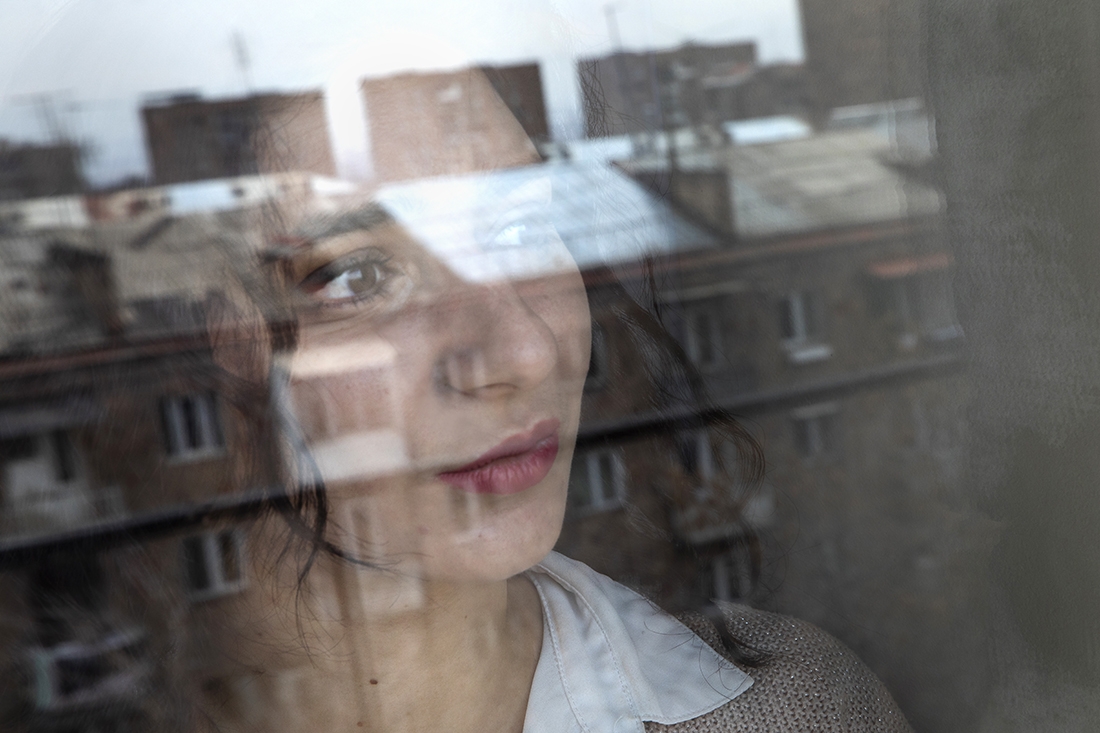 Armenian renters are suffering from a wave of evictions and soaring prices as an influx of Russians and Ukrainians inspires landlords to cash in.

Aghavni Navasardyan, 29, is a freelance photographer who moved to Armenia from St. Petersburg three years ago. She had been paying $225 for her studio apartment in the Arabkir district of Yerevan, but on March 21 got a call from her landlord. She was told they were selling the apartment and that she had to move within a month.

But she didn’t believe the landlord. “I’m sure they want to rent it to someone else at a higher price,” she said. “I can’t afford to pay much more than $200, and now for that price all you can rent is a dump in the suburbs.”

Another former St. Petersburg resident who does research for human rights organizations and who asked only to be identified by his nickname Radion, moved to Yerevan on March 4. He fled Russia early in the war out of guilt – “both my grandmas are Ukrainian,” he said – and is now facing his own Yerevan real estate problems.

“Prices are higher than in Petersburg and the quality is lower,” he said. He ultimately found a two-bedroom for $800 a month. “I’m living with friends, that’s the only way we can afford it,” he said.

Russia’s invasion of Ukraine has forced millions of Ukrainians to flee the country, and the crippling sanctions and political crackdown that followed in Russia have pushed hundreds of thousands of Russians out of their country. Armenia has been one of the top destinations.

Ukraine’s embassy in Armenia estimated that, as of March 24, about 4,000 Ukrainians, mostly ethnic Armenians, have come to Armenia since the start of the war. Many more Russians have arrived, along with Belarusians leaving for similar reasons. One Armenian MP estimated that 80,000 Russians had arrived by March 7.

Prices, even in far-flung areas of the capital, have “doubled and tripled,” Edward Harutyunyan, the head of Yerevan’s Viva Realty, told Eurasianet. The inflation has even reached places like Masis, a city just outside Yerevan, “which is not a resort town. $400 for Masis is unheard of,” he said. “In Yerevan, we have only expensive properties, even though people are now putting up their apartments for rent for the first time.” Most of his clients are now Russian, he said.

The prices appear to be short-term speculation, Harutyunyan said. "These apartments will be empty in two or three months and landlords will start searching for tenants again,” he said. “They are greedy, they value quick cash as opposed to long-term stability."

But even if prices return to normal soon, many renters must figure out a place to live in the meantime.

Social media pages for rentals are full of users reporting they have been or are about to be evicted. “We are being kicked out of the apartment with my newborn,” one user wrote on March 23. “Please help us find an apartment no more than $200, I have two kids.”

While many rental agreements contain protection from arbitrary eviction, they often aren’t notarized, rendering the protections unenforceable. Notarization “is rare, especially in the case of short-term contracts,” Harutyunyan said.

On March 23, the Ministry of Economy issued a warning to tenants to be careful with their contracts: “We warn you that transactions which are not registered in the cadastre or those without notarization are not legally binding and carry risk for the relationship between tenants and real estate owners. To avoid these risks, once again we ask you to act exclusively in accordance with the law.”

The government has said it recognizes the price-gouging problem but can’t do anything concrete to resolve it.

“Prices have risen a lot, we are worried about that,” Economy Minister Vahan Kerobyan told RFE/RL on March 21. “In terms of managing prices, we see our role as an advisory one.”

Real estate brokers were recently invited to a meeting with ministry officials to discuss how to address the issue, Viva Realty’s Harutyunyan said. “The market is highly unregulated, that’s the reason for these price increases,” he said. “The people involved in the industry are working in the shadows, especially unlicensed brokers. They are hiding their income and unable to provide guarantees to either side.”

Without any rent-control mechanisms, there is no regulation on prices other than supply and demand, said Babken Pipoyan, president of the NGO Informed and Protected Consumer, in an interview with medialab.am.

“Now people are doing a bad thing in the long run. They are asking their tenants to move out so they can rent [the apartments] for a higher price to tourists. They can do this because we do not have protection, rights, regulations. If we did, these things wouldn’t be happening,” he said.

Meanwhile, renters are trying to manage in the short term.

Twentysomething Daniel Popov had visited Armenia as a tourist just a year ago, but has been shocked by the prices he found on his return to the country after fleeing Russia. “It’s more expensive than Moscow,” he said, admitting that the comparison was tempered by the rapid depreciation of the Russian ruble.

With four friends, he managed to find an apartment in the center for which they pay $1,000 a month. “If we aren’t able to find jobs, we’re going to run out of money soon, and no one wants to go back to Russia.”

Many of the newcomers don’t know how long they’ll be staying. Sergey Zakharov, who worked in St. Petersburg for the IT giant Yandex, left just two days after the invasion began. “My wife wanted me to leave fast since she was worried about the possibility of martial law,” he said.

He, his wife, his cousin, and the cousin’s partner managed to find an apartment listed for $500. But when they went to see it, the landlord had already raised the price to $600. “We were lucky to get that price because we were early,” he said. He said they plan to stay in Armenia at least a year.

“I’m expecting harsher repressions. Russia will be fully isolated from the world, and the economy will be ruined,” he said.

Radion, the human rights researcher, said that despite the price-gouging he has been happy with his reception in Armenia. “I have been welcomed here,” he said. “I was touched because Russians now aren’t welcome in most places. I don’t think Russians deserve this kind of friendly welcome from Armenians – in Russia, you often see real estate listings, ‘renting only to Slavs.’”