The pandemic is undermining official efforts in China and Russia to foster mutual amity. 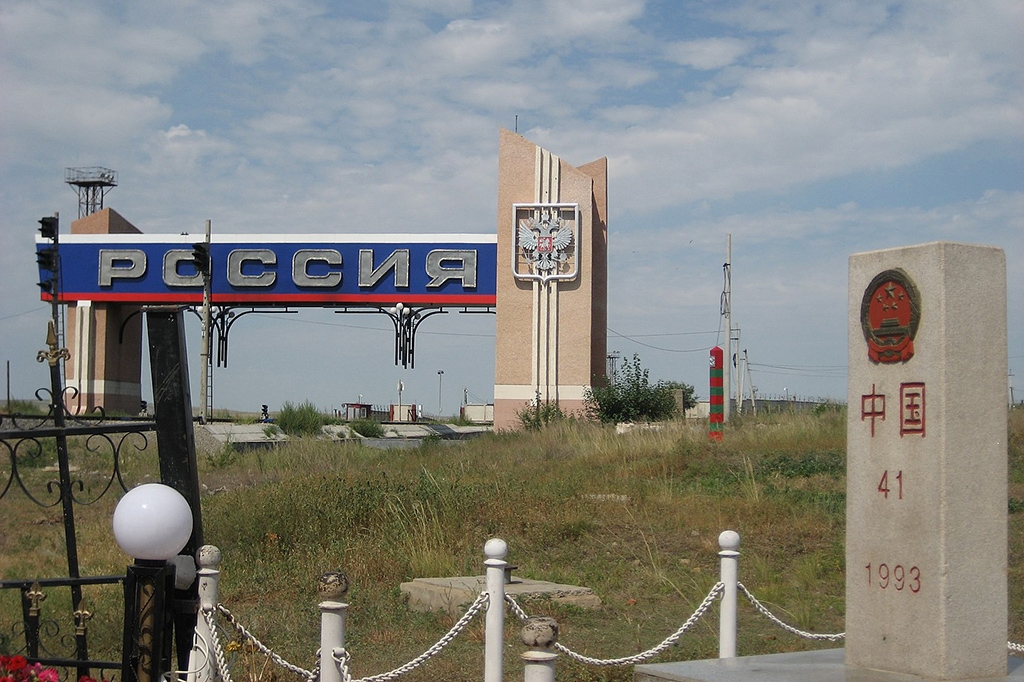 On April 7, amid frigid temperatures and heavy snow, dozens of Chinese police officers clad in black uniforms sealed the frontier at Suifenhe, at the time China’s lone still-operating border crossing point with Russia. The next day, as the 11 million residents of Wuhan, the epicenter of the global COVID-19 outbreak, were permitted to resume normal life for the first time in 76 days, Suifenhe, a municipality in the northeastern Heilongjiang Province with about 60,000 inhabitants, went into lockdown.

The lockdown orders were stringent, given that Suifenhe is a comparatively small town with an under-resourced healthcare infrastructure. The official pronouncement issued by municipal authorities stated that, starting at 6 p.m. on April 8, individuals could not leave their homes without permission. Each household could send one person to the grocery store every three days.

Authorities imposed these drastic restrictions in response to a sudden influx of COVID-19 cases from Russia. In the almost three months following China’s first admission of coronavirus infections in Wuhan, Suifenhe had not officially registered a COVID-19 case.

But everything changed quickly in early April: Over the first seven days of the month, local officials reported 84 confirmed COVID-19 cases in Suifenhe. All the infected were Chinese citizens who had been working in and around Moscow. They had arrived in Suifenhe from Moscow, via Vladivostok, which is just over a three-hour drive from the border.

In the days since the lockdown began, the novel coronavirus cases in Suifenhe have become a source of friction between China and Russia, two authoritarian countries that have acted as strategic partners in recent years, driven mainly by shared antipathy toward American geopolitical priorities.

Somewhat ironically, a major source of the friction is a lack of candor concerning the pandemic. China itself has come under widespread international suspicion it suppressed information about the COVID-19 outbreak during its early stages in Wuhan and is underreporting overall infection and death numbers. But anger is now building in China over a growing perception that Russian authorities have deliberately concealed the extent of the pandemic in Russia.

Officially, there were over 15,000 registered COVID-19 cases in Russia on April 12, representing a 16 percent increase in confirmed infections in a 24-hour period. Moscow and its surrounding region is Russia’s hotspot. Russian leaders in early March were prematurely declaring the pandemic contained, but in the weeks since have backpedaled and imposed a nationwide stay-at-home regime.

Western observers have long doubted the accuracy of the Russian data, given the Kremlin’s well-documented tendency to make information subservient to political priorities. The Suifenhe infections constitute a concrete data point that appears to substantiate suspicions about a Russian undercount.

In recent days, Chinese social media has lit up with speculation about the situation in Russia. In just two days, the hashtag “Heilongjiang reported 20 imported cases from Russia yesterday” garnered 93 million views on Weibo, the Chinese version of Twitter. The People’s Daily, a major state-run newspaper, posted information with that hashtag on April 7.

Among the thousands of comments below the post, many began to express doubts about Russia’s official tally.

“Judging by this percentage, things must have blown up in Russia, but the number didn’t reflect that,” went a typical response from a Weibo user.

On April 11, the People’s Daily posted an item about the Chinese medical team departing from Heilongjiang province for Russia. The news prompted many users to express anger in the comments section.

“Suifenhe itself doesn’t have enough N95 masks and PPE suits, can the state please send some supplies there instead of prioritizing foreign needs?” wrote one user.

“When Russia rounded up Chinese people and beat them up, it probably didn’t realize that we would still be sucking up to them,” wrote another.

The April 11 People’s Daily post highlights a divide in Chinese public discourse about Russia. Since late January and early February, two different narratives have emerged. One, driven mainly by state-run media, depicts Russia as a friend and trustworthy ally; a competing narrative, fueled by the personal accounts of Chinese students, entrepreneurs and tourists, portrays Russia as far from friendly, often accusing Russian police officers and other local officials of mistreating and rampantly discriminating against Chinese citizens.

Facing a wave of online doubt and public anger, the Chinese government has worked hard to maintain control over news narratives on Chinese-Russian relations. On March 1, the Chinese Embassy in Russia refuted a story that 80 Chinese citizens were mistreated by Russian officials in a quarantine facility. Many Chinese outlets immediately posted the statement on their social media accounts. But readers were skeptical. Although Chinese social media is tightly monitored and controlled, signs of distrust and anger bubbled to the surface.

“Nonsense, just look at stories posted by our students in Russia, stop trying to make Russia look good,” wrote one user in the comment section of a Weibo post from the Global Times, a nationalistic tabloid controlled by the Chinese Communist Party. The comment garnered more than 1,200 likes.

Chinese nationals living in Russia say they are not surprised by Russia’s handling of the pandemic. The problems that are now coming to the attention of Chinese back home had always been part of their lives in Russia. Those interviewed for this story spoke on condition that their full names not be used.

“The numbers here felt artificial,” said Xia, 26, a PhD student at the Moscow State Pedagogical University. “Many Russians were doubting the numbers too.”

Xia said that since she believed the situation in Moscow was worse than reported, she took early precautions. She has barely left her neighborhood since mid-March. But Xia voiced concern about some of her Russian neighbors, whom she viewed as not taking the virus threat seriously enough. Many residents in Moscow were still not wearing masks, she added.

“I recently asked one of my neighbors if she needs any face masks,” said Xia. “She said no and asked me if I have cigarettes instead.”

In many respects, the challenges raised by the coronavirus for Chinese in Russia are not so novel. The pandemic in some cases has exacerbated already existing patterns. In others, it has eased problems.

“For foreigners, Russian police officers are a total nightmare,” said Xia. “Corrupt practices are widespread, especially when they see Asian people.” Since she first came to Russia four years ago, Xia has grown used to how Russians manifest pride and prejudice. “Russians were neither particularly friendly towards us, nor specifically targeting us,” Xia said.

The COVID-19 outbreak has helped some Chinese students feel more connected to their Russian neighbors. Yin, 20, started attending Petrozavodsk State University last September as an exchange student. When she first arrived, she felt some Russian students in her dormitory were picking on her and the other Chinese students. But after she and her friends were quarantined in February, some Russian students in the building brought them food and sent them encouraging messages every day.

“They might sometimes be annoying,” said Yin. “But in critical times, I can count on them.”

A problem, according to many young Chinese in Russia, was that before the outbreak, Chinese propaganda tried too hard to build a positive image toward Russia among Chinese.

“I think that’s a problem of our propaganda system,” said Fang. “We shouldn’t only look at the good side of a country.”

“Some folks back home were disappointed,” said Xia, “because our coverage of Russia was too positive.” The Russian assistance story may have been highly touted by Chinese state-run media, but it didn’t make many headlines in Russia. “Most of the people here [in Russia] probably didn’t know about it,” she said.

Michał Lubina, an expert on Chinese-Russian relations at Jagiellonian University in Poland, said that in forging close bilateral ties, Chinese and Russian leaders, relying on state-run media, have been able to keep popular sentiment out of the decision-making calculus.

Public opinion does “not matter in Russia-China relations,” Lubina said. He characterized bilateral ties as “hot on the top but cold at the bottom.”

The two major factors that cement strategic ties between Russia and China – shared antagonism toward the United States and mutual interests in the energy trade – have not been significantly affected by the coronavirus outbreak, according to Lubina.

But he added that the pandemic was undermining official efforts to foster a sense of mutual amity. The social link between the two countries is the weakest part of their bilateral relationship – something that officials have long sought to address.

“In the past 15 years, there has been a constant attempt to improve social relations,” added Lubina. “I think now the coronavirus has destroyed this.”

Xiaofei Xu is a student at Columbia Journalism School. He writes about international politics and business.