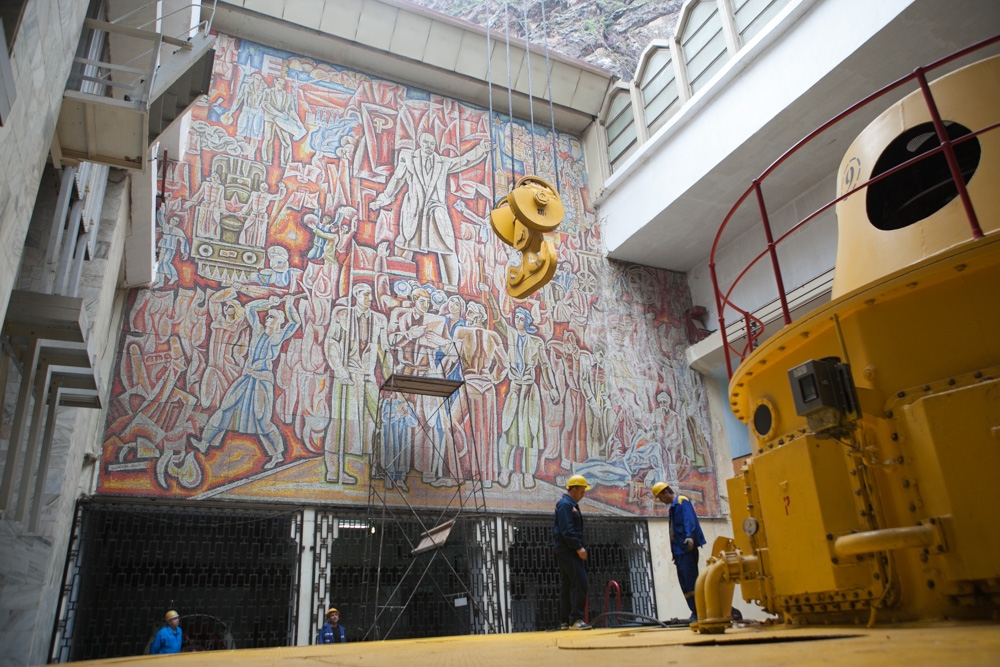 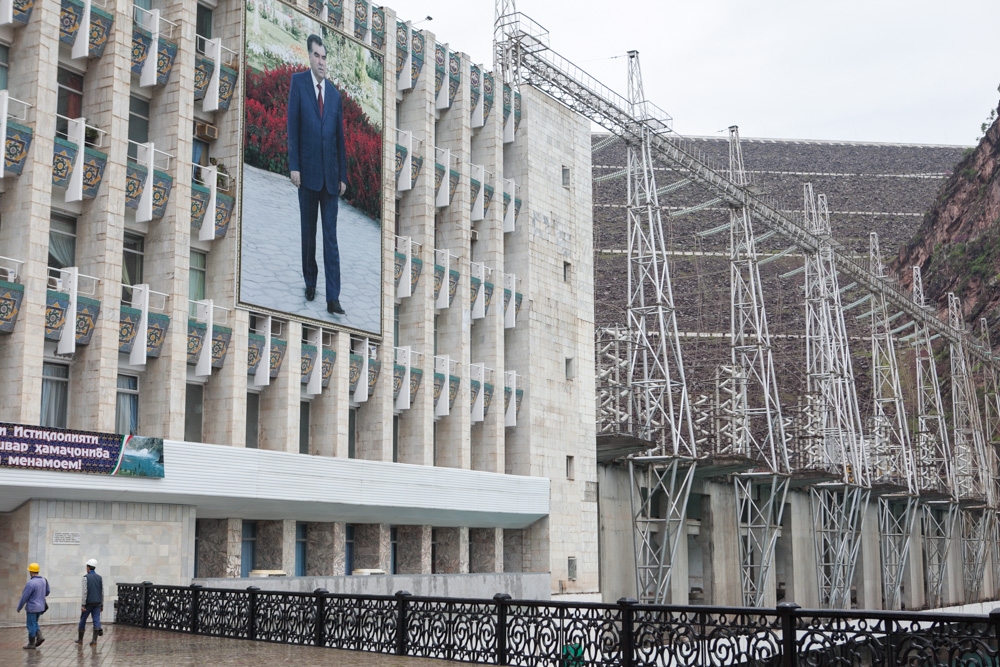 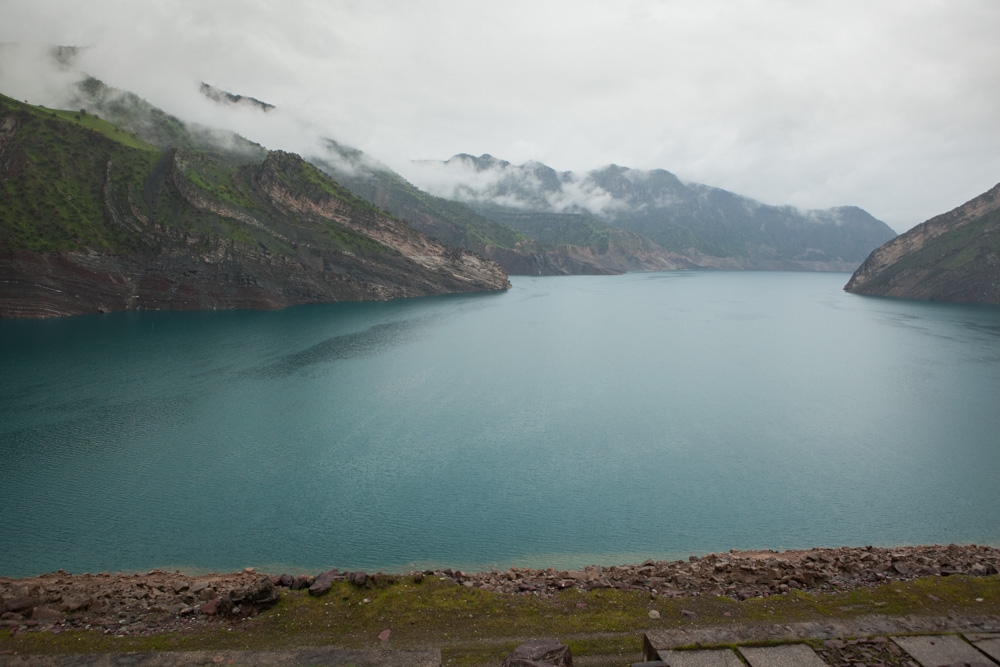 The Nurek reservoir in late April. Tajikistan suffers extensive blackouts, especially in winter, when the reservoir is low. 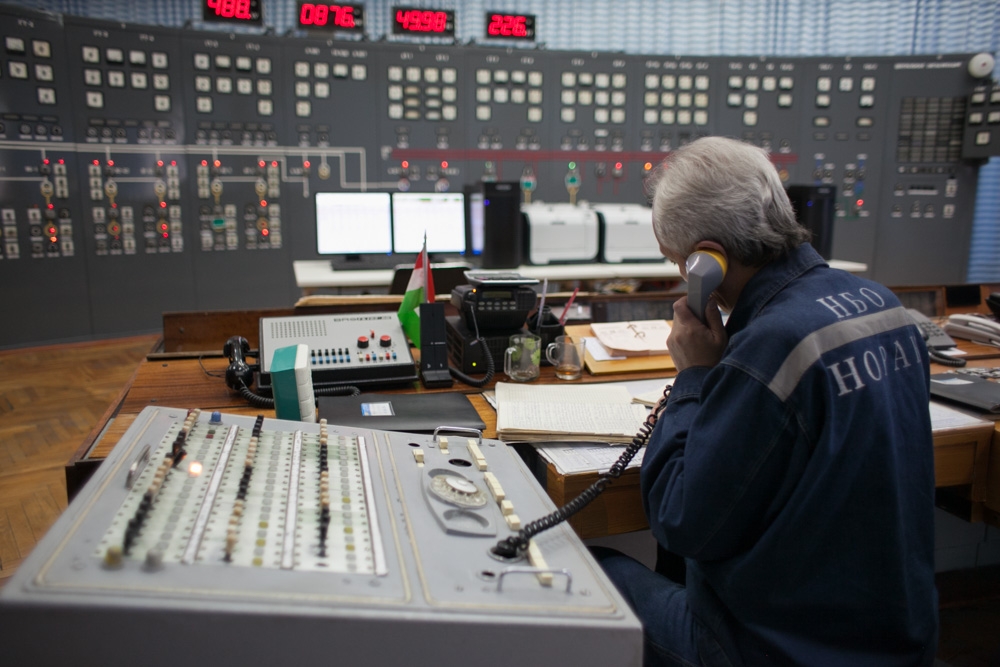 Inside the control room at the Nurek hydropower station, beneath the tallest dam in the world. 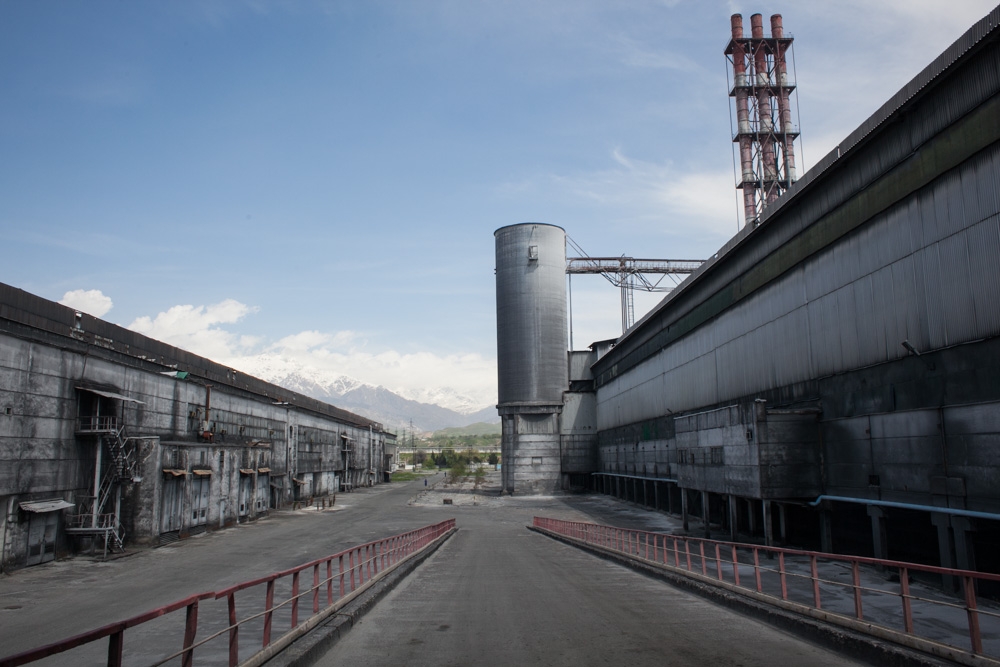 The sprawling, grimy Talco plant looks like the set for a James Bond movie. 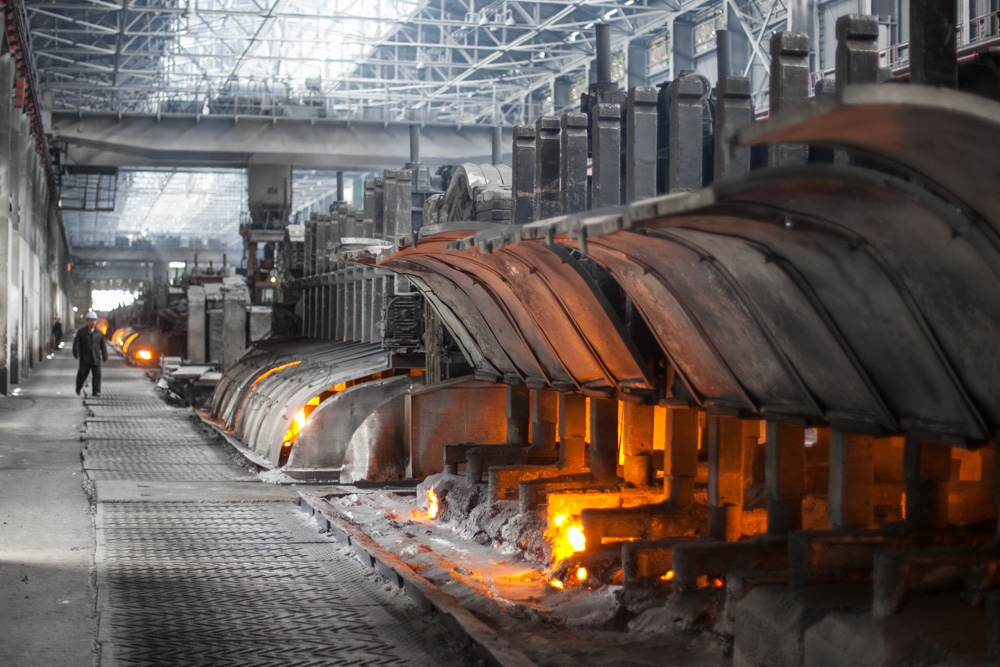 Alumina is baked between electrically charged anodes made of carbon. The process forms CO2, a byproduct, and liquid aluminum.

After the charged anodes remove the C02, liquid aluminum is poured off and transported to molds. 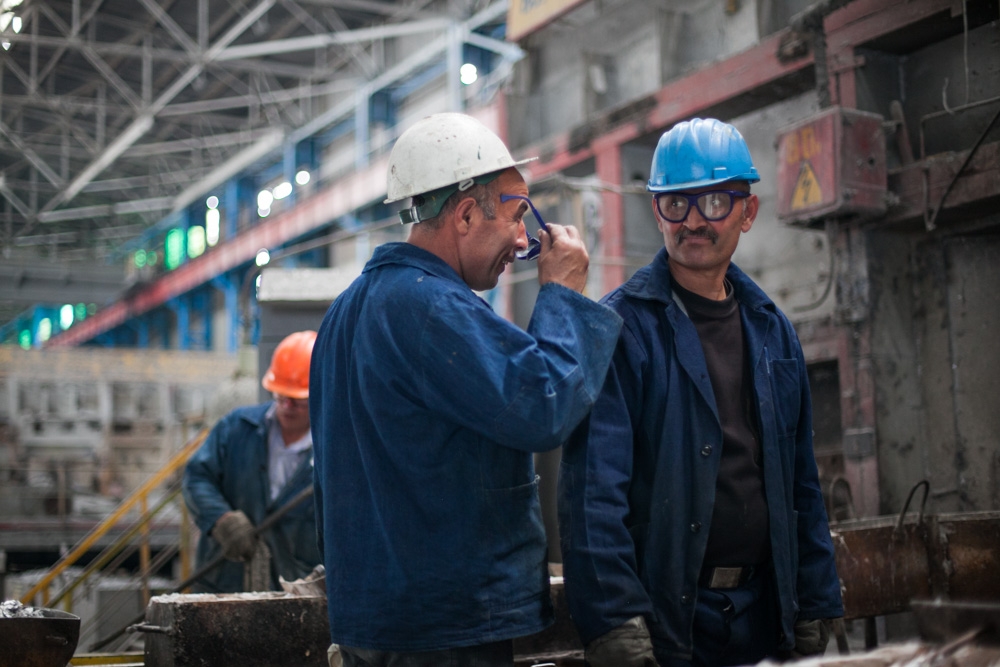 Workers inside the Talco plant. Talco sent home 20% of its workforce earlier this year and reduced salaries for the rest. 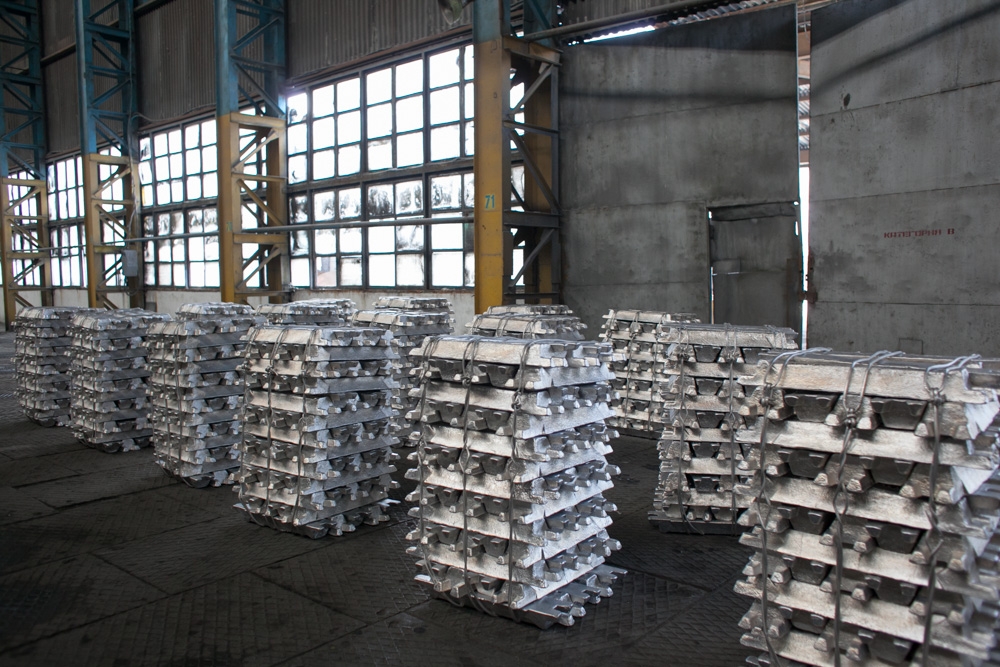 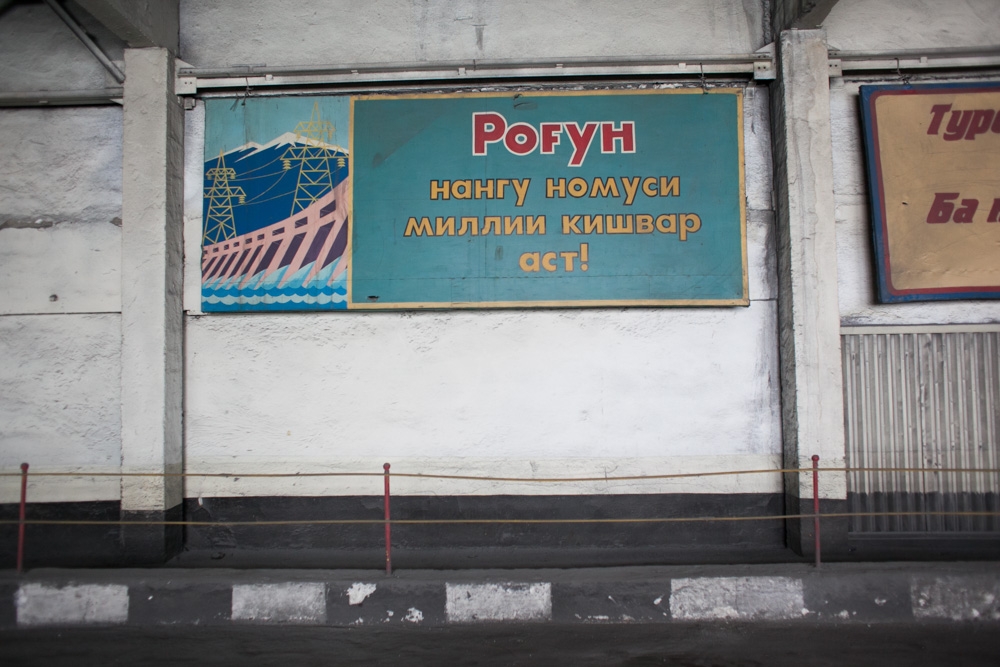 Inside Talco, cheerful placards announce, “Rogun is the national conscience and honor of our country.” 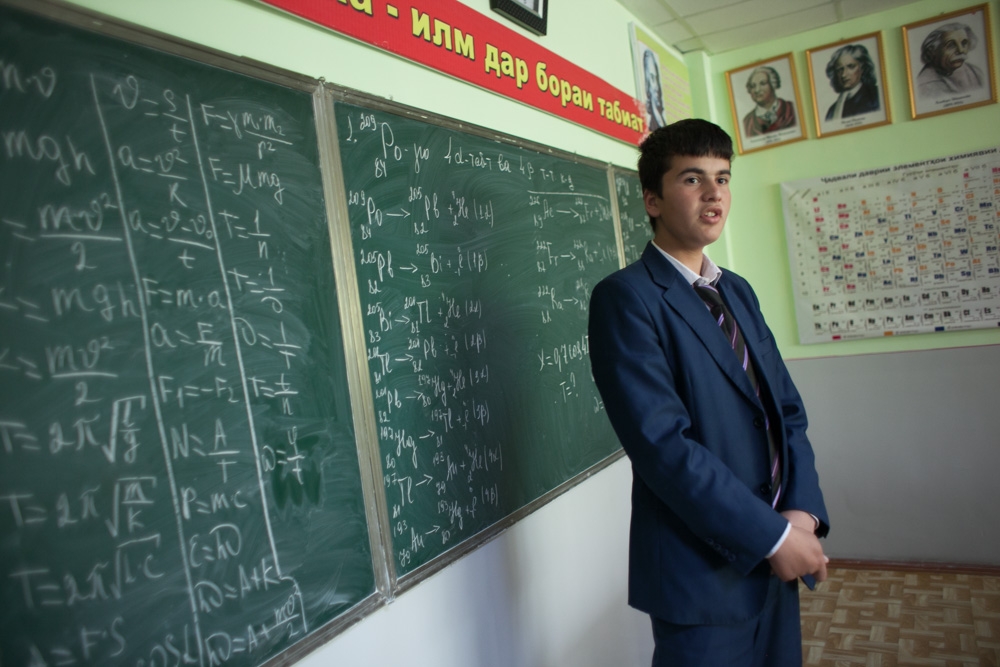 Until this year, Talco funded a school for gifted children. It will be handed over to the city of Tursunzoda. 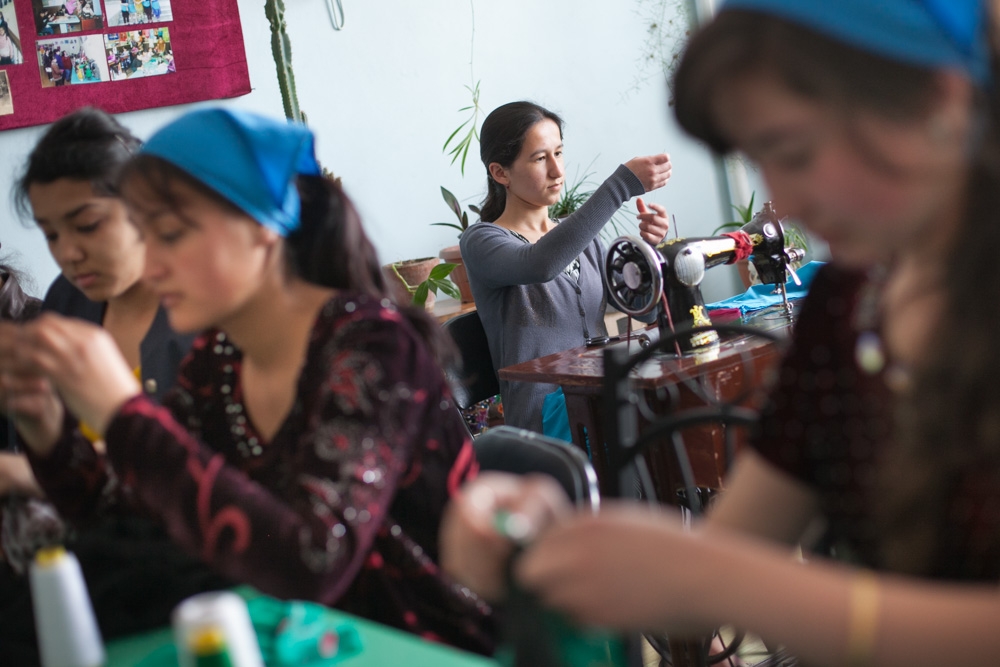 Talco funds after-school dance and sewing classes in Tursunzoda, which was built for workers and their families. 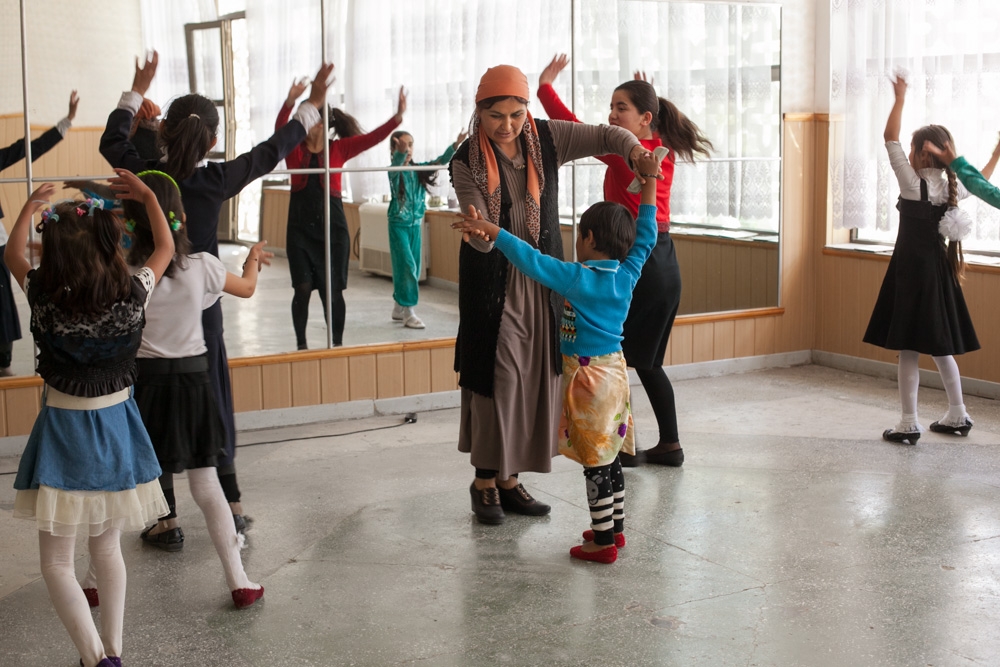 An after-school dance funded by Talco. 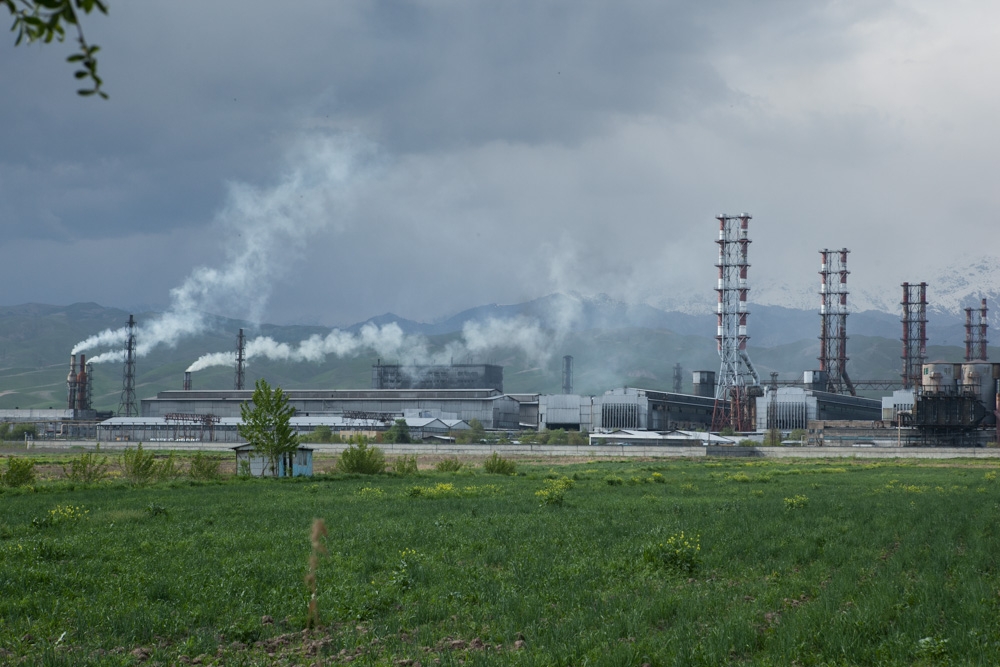 The Talco plant in Tursunzoda is surrounded by rice paddies and wheat fields. 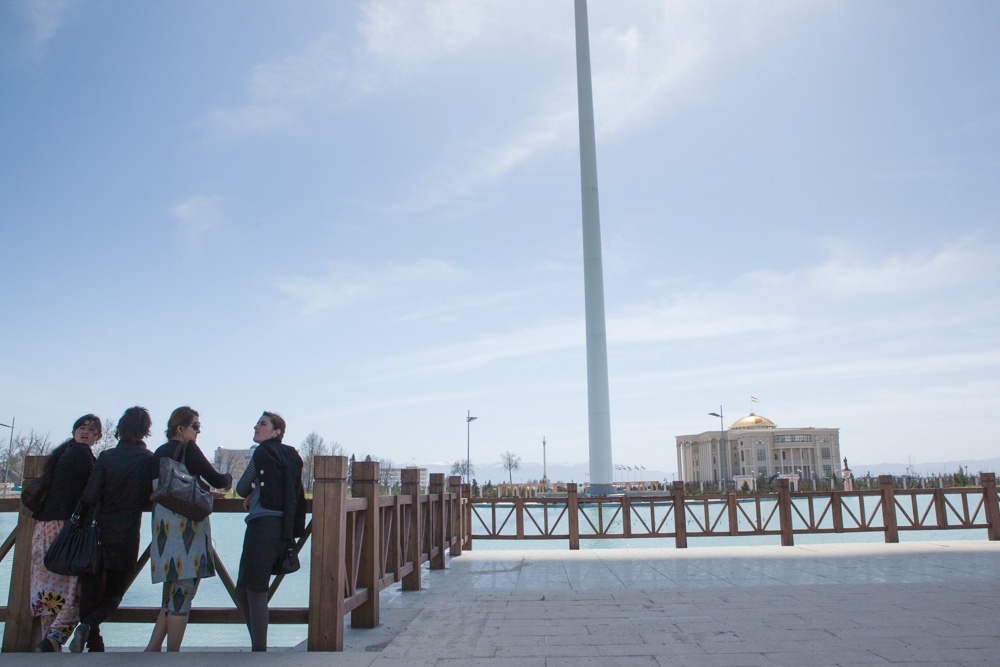 The tallest flagpole in the world, which Talco helped build, seen here next to one of the president's palaces in March, 2012.
prev
next

The Soviet Union built Nurek, the tallest hydropower dam in the world, and Talco, the largest factory in what is now Tajikistan, as part of a single system in the 1970s. Aluminum smelting requires vast amounts of power. The dam and the plant were to help industrialize the distant, subsidy-dependent Soviet republic.

So Tajik officials say they need a new dam: Rogun. However, downstream Uzbekistan is passionately opposed to the project, which is designed to top Nurek and become the world’s tallest.

As Nurek's deputy director Davlatbek Salolov says, “Tell the world: When we build Rogun, all of our problems will be solved. With Rogun we can ensure energy not only for ourselves, but also for Afghanistan and Pakistan. Like Arabs sell oil, we will sell electricity.”