Aghbar has pledged his allegiance to the self-declared caretaker president and Taliban foe, Amrullah Saleh. 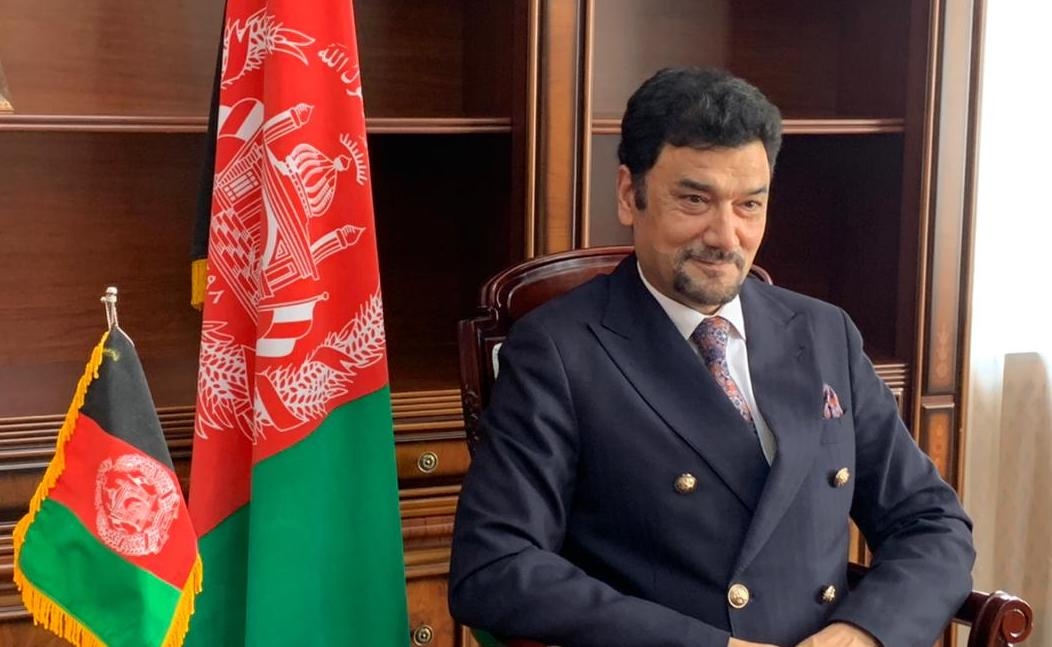 Afghanistan’s ambassador to Tajikistan, Zahir Aghbar, posted a message to his Facebook account on August 18 pledging allegiance to the de jure Afghan First Vice President Amrullah Saleh, who has said he is assuming the role of “legitimate caretaker president” following the flight from Kabul of deposed President Ashraf Ghani. Before fleeing, Aghbar has said, Ghani made off with $169 million.

In interview with Eurasianet on August 17, Aghbar struck a similarly defiant line, signaling his refusal to submit to the rule of the Taliban, unless the movement, which has assumed power in Kabul, is able to prove it is committed to humane leadership.

What happened in Afghanistan? Why were the Taliban able to capture the country so quickly, and why did the army not oppose them?

I think Ghani had a prior agreement with the Taliban. He already had a plan for betrayal in his head. He abandoned his supporters and and betrayed the people of Afghanistan.

U.S. President Joe Biden has said that what is happening in Afghanistan is an intra-Afghan conflict and that is has nothing to do with the United States. What do you think about that?

At the time NATO and its allies entered Afghanistan [in 2001], we were fighting the terrorists alone. More than 40 countries around the world acknowledged this. And these terrorists were internationally recognized as such until the other day. This label was attached to them by the United States, not us.

We didn’t put them on any blacklists, we would not have been able to do so. But the same people that the United States put on the blacklists have now been redeemed. We didn’t tell [former U.S. President Donald] Trump to get on the phone … with those terrorists and to lend them international standing.

The Taliban have come to feel they have international legitimacy, and that sense of importance was given to them by Trump.

So the United States need not think this is just a war between Afghans. This is a war between [international] powers with their own interests. But sadly, the people of Afghanistan, immaterial of whether they support the Taliban or oppose them, end up as cannon fodder.

Was somebody outside supporting the Taliban then, or were the people so tired of the government that they supported the Taliban?

No war can take place without outside support. While we, as a government, fought against the Taliban, it was clear that we had the support of the United States. We had a strategic agreement.

As for the Taliban, it is clear those fighting in their ranks were supplied with food, weapons, clothing. And it is clear that they got support from somewhere.

We should not start saying that the Taliban were supported by the people. The people of Afghanistan will only accept the Taliban if they are involved in governing, and when they respect women’s rights and human rights in general.

They are talking about a nationwide amnesty now. They must be true to their words. They cannot just talk about amnesties and then rob people’s homes, kill people’s children and drive people into graves in droves.

If a coalition government is formed and it is recognized by the international community, I am confident Afghanistan will embark on the road to peace.

What would be needed for the international community to recognize a new government as legitimate?

The Taliban must show that they comply with international rules, human rights, and respect the rights of women, let them study, not use violence against the population, they must allow media to cover current affairs, they must not destroy culture, and not attack artists. Only in this way will they be recognized.

A coalition government in which all parts of societies are represented will also help. That way, the country can know peace. Otherwise, there will be war again.

What do you think about this Taliban? Are they any different to those who were around in the 1990s?

For now, the difference is that they have not started massacring people. But there have been incidents in the regions of attacks on the homes of officials. It is a good sign, though, that media are still being allowed to operate in Afghanistan. I hope this continues.

How much can the Taliban be trusted? They are making many promises, after all, that they will respect human rights and will not touch the borders of neighboring states.

I don't think the Taliban should be trusted. When the hero of Afghanistan, [Ahmed] Shah Massoud [the Northern Alliance leader murdered in the Takhar Province on September 9, 2001] appealed to the Taliban and called for a halt to fighting, they said that as long as there were foreigners in Afghanistan, they would keep fighting. Well, there are no foreigners now, what do they have to fight for? The Taliban said they would not fight to capture power. And here they are fighting for the sake of power.

The Taliban say they will defend the rights of women and human rights. Let them show it in practice. If they can show it, they will be victorious. If they do not show it, then they should know that everyone will unite against them.

What is more, if the Taliban offer haven to terrorist groups from neighboring countries, then what kind of border security can we talk about? There are many foreign terrorists among the Taliban at this time.

I don’t think that any government is going to put up with militants from their country being in Afghanistan and operating under the Taliban’s protection. Afghanistan should not be a country that poses a threat to neighboring countries.

How are diplomatic relations between Afghanistan and the rest of the world, including those with Tajikistan, going to be handled?

So who is paying your salary and that of your employees?

The people fighting on the front line against injustice in Afghanistan are asking for no salary. I live in a peaceful country, and this is the representative office of Afghanistan, it is a legacy and a reserve of trust for the people. Before a legitimate government can come to power in Afghanistan, I must defend this place. Whether or not I'm hungry. And so long as our hosts will allow us to be here.