Coming out as a categorically opposition figure is dangerous business in Tajikistan. Such people end up either dead or in prison. 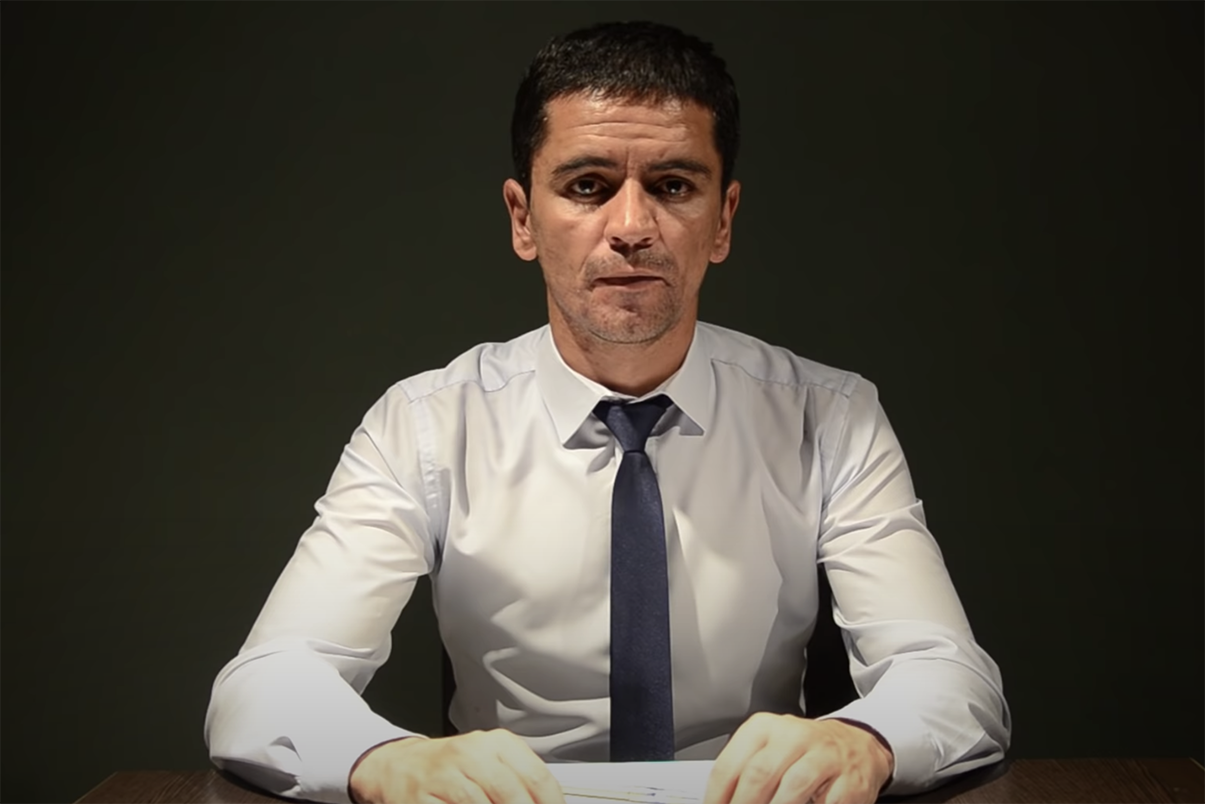 Faromuz Irgashev in a campaign video.

When Faromuz Irgashev announced he intended to make a run in Tajikistan’s presidential election, he was told it was suicide.

Irgashev disagrees: “People in a normal society should not think like that.”

There are two strikingly unusual things about Irgashev. He openly criticizes the hard-authoritarian system ruled over by President Emomali Rahmon, and he is only 30 years old.

That somebody his age could even have entertained the option of running for the highest office in the land was a result of Rahmon’s tinkering with the constitution. In 2016, Tajikistan held a referendum that ended up with the age threshold for presidential candidate eligibility being lowered from 35 to 30 years.

The thinking was that Rahmon’s son, Rustam Emomali – now the 32-year-old mayor of the capital, Dushanbe, and the speaker of the Senate – was being primed for the job. As things have turned out, Rahmon, 67, is making a fifth run.

Meanwhile, Irgashev, born in the town of Khorog, the capital of the Gorno-Badakhshan Autonomous Region, or GBAO, in April 1990, says he has been thinking about a run since that referendum.

“As God is my witness, and there are 30 people who can confirm this, when the referendum was held in 2016 to lower the age limit, I said that if I was still alive by the next election, I would run for president,” he told Eurasianet.

Authorities already appear to have moved decisively against Irgashev being allowed to make his run, announcing on September 13 that the registration period for the October 11 vote has expired. He has previously intimated he would continue his fight to be allowed to run, however, even if the election commission ruled against him.

His stated attempt to run was never anything much more than symbolic, however. Rahmon will win with ease. All his officially approved rival candidates are handpicked no-names whose campaign statements are likely to be limited only to praising the president.

All the same, Irgashev says he has been holding secret meetings with his team, preparing a campaign and drawing up backup plans. He contends that his strength as a political candidate lies in his closeness to the people and his willingness to talk about injustice. His knowledge of the country’s legal system, and how it is routinely flouted by the government, comes from his study of the law at Dushanbe’s Russian-Tajik Slavonic University.

“My classmates can confirm how, when I was a student, I voiced my discontent with the system of rule, the relationship between citizens and the judiciary. My classmates told me off, said I should be more careful, that I should not speak so freely, that I had to talk less politics. But I said that I didn’t care, that I would say whatever was on my mind. I will not have contradictions between my words and thoughts,” Irgashev said.

Irgashev has directly witnessed cases of arbitrary injustice since becoming a lawyer. He says he has come across at least 50 people who were forced to sign confessions under duress and after being subjected to physical abuse.

Coming out as a categorically opposition figure is dangerous business in Tajikistan, however. Such people end up either dead or in prison.

Foreign-based Tajik businessman Umarali Quvvatov set up the Group-24 opposition movement only to be murdered in Istanbul in March 2015. When one-time elite insider and businessman Zaid Saidov stated his intent to get into opposition politics in 2013, he was quickly arrested and then sentenced by a kangaroo court to almost three decades in prison on multiple charges, including rape, fraud and polygamy. Almost the entire leadership of the Islamic Renaissance Party of Tajikistan was thrown into prison in 2015 after the party was banned and then quickly branded a terrorist organization.

Irgashev said he has already received a warning from the State Committee for National Security, or GKNB. An officer with the agency said that his candidacy could be used by unspecified forces to undermine the nation’s values, peace and stability.

“I told them that I have a head on my shoulders, and is not just for wearing hats, but for thinking. I am a law-abiding citizen and I consider it my duty to uphold peace and stability and security in my country,” he said.

A government-aligned online troll farm – known locally as “the factory of answers” – has also begun to do its work, claiming in posts that Irgashev does not come from an “upstanding family” and noting that his brother is serving a prison sentence on drug-trafficking charges.

Irgashev says he is braced for the onslaught and has prepared mentally for prison.

“They tell me that I am committing suicide, but I think that people in their right mind and in a normal society should not think like that. But that is people’s opinion and they are entitled to their views,” he said.

Irgashev is eager to distinguish himself from other opposition activists.

“Most people have pinned their hope [for change] on some external factor, in particular, the various [opposition] groups located abroad. Or they were banking on some high-ranking officials from within the same system or on law enforcement agencies,” he said. “But my offensive power comes from normal people. Normal people are a force that can truly influence the authorities.”

And this is where Irgashev’s provenance likely comes into play. While most of the population has been successfully cowed into quiescence in the face of mounting political repression and the unyielding corruption that has enriched the ruling Rahmon family, his native GBAO has been something of an exception for years.

On numerous occasions, large and fiery crowds have come onto the streets in towns in the Pamirs mountains to resist the arrest of influential, informal local powerbrokers or just regular members of the community. Sometimes this resistance has been broken through force. At other times, the government has backed down.

Irgashev believes young people in his town, Khorog, will not sit idly by if he is unlawfully persecuted and pressured.

“These are people who have been with me for 15-20 years. I am confident that if they persecute me, these guys will stand up in my defense,” he said.

Getting onto the ballot was always going to be a vanishingly improbable prospect. To do so, Irgashev needed to hand in 200,000 endorsement signatures by the deadline. His team had asked people wishing to show their support to do so electronically to speed up the process. As of last week, Irgashev said he had collected around 70,000 signatures, far short of the target.

If the Central Election Commission had not stood in his way, though, Irgashev said, it would have served as a rare chance for the country to prove it has not degenerated into complete authoritarianism.

“We will be able to say that there is no dictatorship in Tajikistan, that a citizen put himself forward and that nobody created any obstacles. It is in the interest of the state to register me,” he said.

As for his platform, Irgashev’s main message is to hand over more power to the citizenry.

“Our goal is to completely cleanse the vertical of power of random officials. The people should choose their own leaders, heads of cities and regions. The Vose district should elect its own chairman, the city of Dushanbe its own mayor,” he said.

Irgashev also wants the apparatus of government trimmed. One target is the upper house of parliament, or Majlisi Milli.

“A bicameral parliament is not typical for unitary states. It is more for federal ones like Russia or the United States. There, representatives of all states, or, like in Russia, all federal republics, are represented in the upper house of parliament.”

That would be a step toward rehabilitating parliament as a tribune for the people that could operate independently of the president. The time in which a supreme leader micro-manages all aspects of life has run its course, he said.

“The job of a leader is to attract experts able to run specific areas of life. Our situation is a total mess as far as this is concerned. Our leader is supposedly capable of doing everything and knows everything. This must be changed.”