Armenia gets the bulk of its natural gas from Russia. But ties with Moscow are fraying and Yerevan will soon have more alternatives. 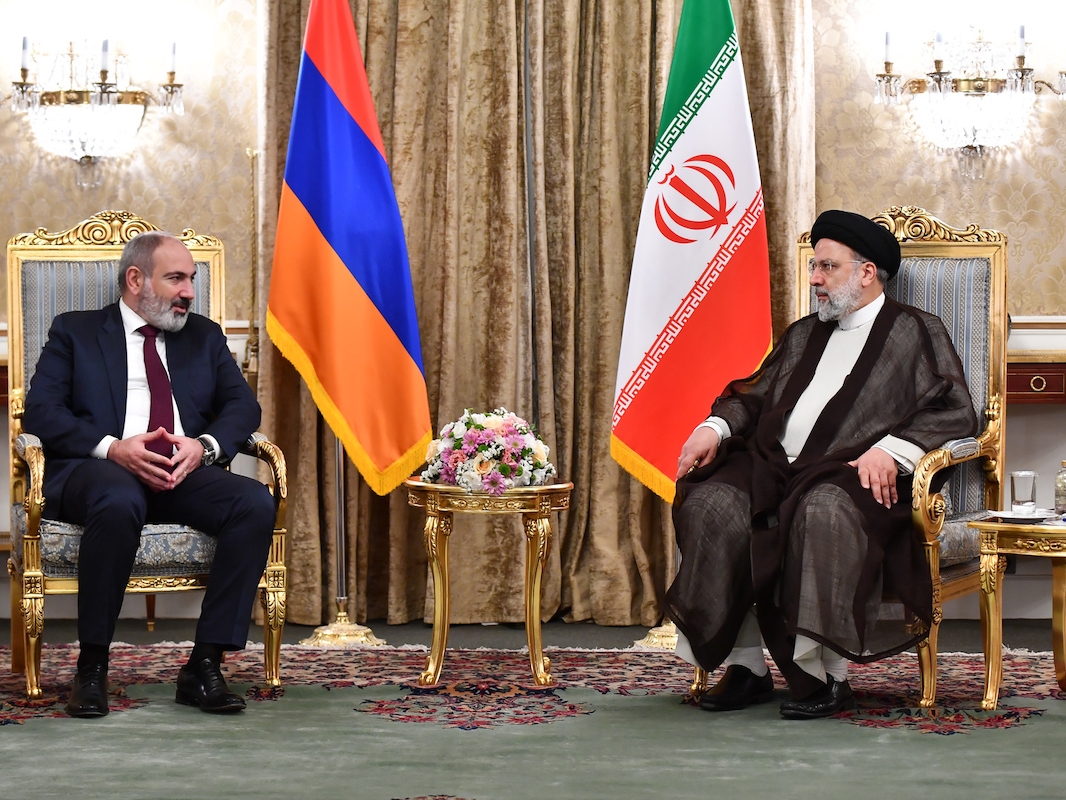 Iran and Armenia have agreed to double the amount of natural gas that Iran sells to Armenia, and to extend their gas trade agreement to 2030.

The deal was made during a visit by Armenian Prime Minister Nikol Pashinyan to Tehran. The memorandum of understanding was signed on November 1 by Majid Chegeni, Iran’s deputy minister of oil for gas affairs and director of the National Iranian Gas Company (NIGC), and Gnel Sanosyan, Armenia’s minister of territorial administration and infrastructure.

The two sides trade energy based on a 2006 gas-for-electricity barter agreement; Armenia gets one cubic meter of gas from Iran in exchange for three kilowatt hours of electricity produced by thermal plants in Armenia.

An expansion of the deal has been in the works for some time. The increase in gas imports has been made possible by Armenia’s increasing capacity to generate electricity, economist Suren Parsyan told Eurasianet. A new thermal power plant constructed by Italian firm Renco came online in 2021 and will be able to supplement the other supplier, the state-run Yerevan Thermal plant.

In April, Armenia started paying for its Russian gas in rubles, though the rate remains pegged to the dollar price. The supply has not been affected even as the world natural gas markets are in turmoil, with Russia cutting off many European customers and prices fluctuating wildly. In 2021, Armenia paid $414 million to Russia for its gas.

"Russian gas is still cheaper” than Iranian, Parsyan said. “The issue is that Russia wants money for it, but Iran agrees to be paid in electricity.”

Further expansion of the Iran-Armenia energy trade could be in the works in the future.

Electricity is currently supplied to Iran through two power lines, but construction of a third high-voltage line has been long delayed and is now scheduled to be completed by the end of 2023.

In May, Hakob Vardanyan, a deputy minister of territorial administration and infrastructure, told RFE/RL that "Armenia will be able to import up to 1.8 billion cubic meters of Iranian gas after completing the protracted construction of a third power transmission line connecting it to Iran."

While increasing gas imports from Iran has long been in the works, it comes at a propitious time geopolitically.

Ties with Russia have been tense, with Armenians accusing Moscow of failing to come to its aid during a September offensive by Azerbaijan. In turn, Russia has been airing more critical coverage of the conflict with Azerbaijan and sharpening its attacks against Armenia’s current leadership.

Iran, meanwhile, has become a closer partner to Armenia, regularly warning Azerbaijan against any attempts at trying to take control of any Armenian territory. In October Iran opened a consulate in the southern city of Kapan, effectively planting its flag in the tensest region.

In Tehran, Pashinyan and Iran President Ibrahim Raisi had warm words for many aspects of the bilateral relationship. Raisi pointed out that trade between the two countries had increased 43 percent in 2022 over the previous year, and that the two sides are seeking to increase total annual trade to $3 billion. "We will definitely achieve this goal," Raisi said. In the period January-August 2022, bilateral trade amounted to $427 million.

Sanosyan said that he had urged Iranian companies to participate in road construction projects in Syunik and had discussed with Iranian colleagues the planned construction of a four-kilometer tunnel under a mountain pass on the road leading to the border with Iran; the current road goes over a 2,500-meter pass that is often closed in winter due to severe weather.

"It is important that our Iranian partners are notified about what is happening in the context of Armenia-Azerbaijan relations, Armenia-Turkey relations, and the resolution of the Nagorno-Karabakh conflict," Pashinyan told a joint news briefing with the Iranian president.

Raisi, in turn, warned against the influence of “outside forces” in the Caucasus, by which he presumably meant the West.