The deal would reduce the Caucasus’s reliance on Russian gas but could incur the ire of both Moscow and Washington. 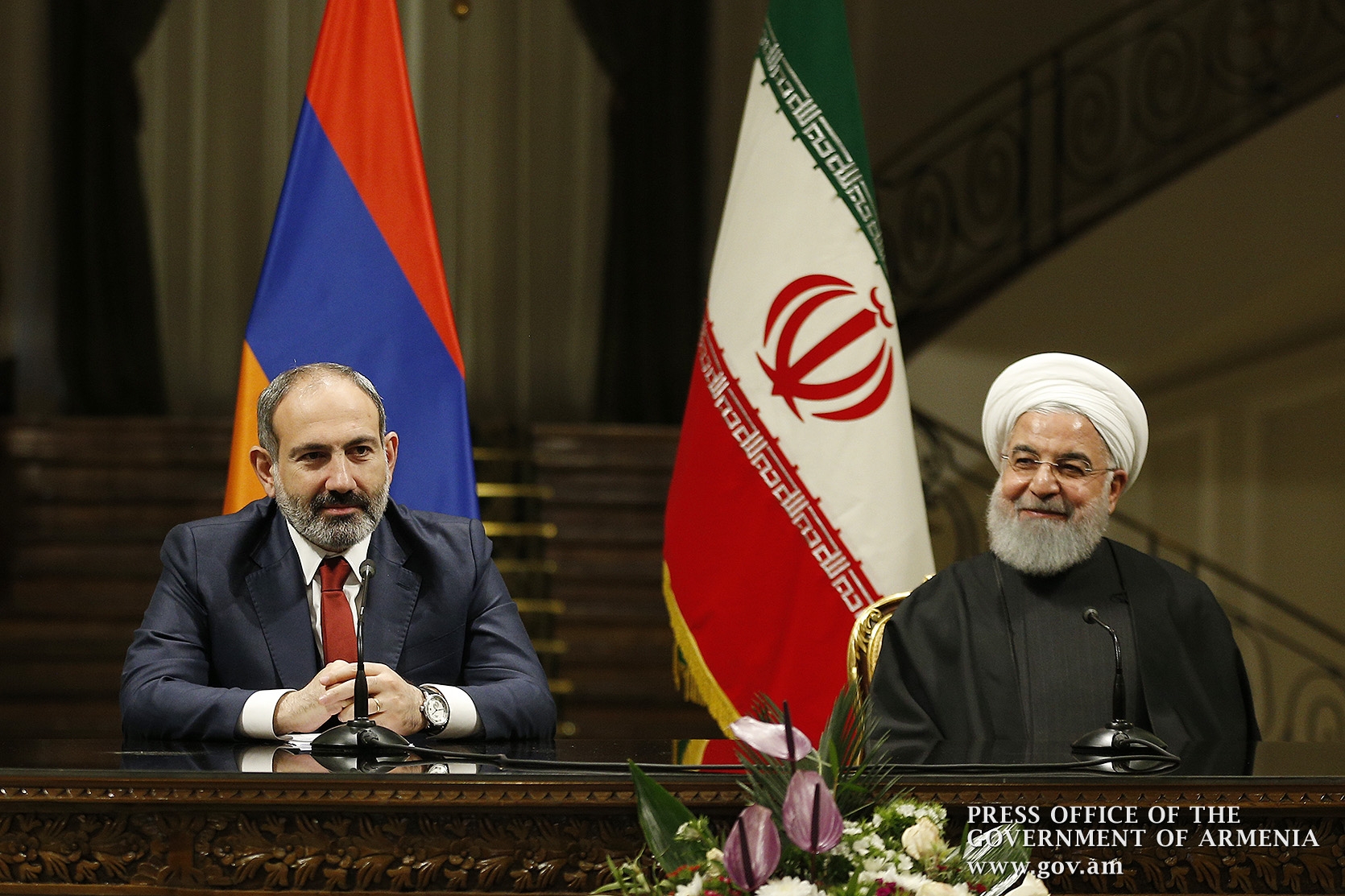 A state visit by Armenian Prime Minister Nikol Pashinyan to Iran has resulted in an agreement between the two countries to cooperate on the potential transiting of Iranian gas through Armenia to Georgia.

If implemented, the agreement promises to be controversial, not least because it would involve Armenia challenging Russian control of its gas distribution sector, and potentially pitching both Armenia and Georgia into conflict with the United States, which last November re-imposed its stringent sanctions against Iran.

The suggestion for the transit deal appears to have come from Iranian President Hassan Rouhani, who brought up the issue in a Tehran press conference following his February 27 meeting with Pashinyan.

"As to cooperation in the field of gas supply, we expressed the Iranian side’s readiness to step up supplies,” Rouhani said. “We are likewise prepared to launch tripartite cooperation to export gas to Georgia."

Pashinyan said he was amenable. "Armenia is ready to cooperate with Iran and become a transit country for Iranian gas,” he said following Rouhani’s remarks. “The establishment of an energy corridor is also of great importance both in terms of bilateral and regional dimensions and in broader terms."

Neither commented on whether Georgia has yet been involved in discussions on the possible trade and an Armenian foreign ministry spokesperson was unable to confirm to Eurasianet whether Georgia had been consulted.

The possible export of Iranian gas to Georgia was first raised in 2016 with the National Iranian Gas Company (NIGC) making successive claims of a deal with both the Georgian state and an unnamed private sector company.

However, these reports were subsequently denied by Tbilisi, which has yet to confirm any form of gas agreement with Iran.

If implemented, the plan would introduce some competition into the Georgian gas market. Georgia is currently supplied entirely from Azerbaijan.

Transit of gas from Iran through Armenia to Georgia is technically possible, as pipelines with sufficient spare capacity linking the three countries already exist. But there are a number of technical and political hurdles that would have to be overcome to make it work.

The line linking Georgia and Armenia is part of a Soviet-era pipeline that currently delivers Russian gas to Armenia. Exporting Iranian gas to Georgia through this line would require its flow to be reversed, and for Armenia to halt its imports of Russian gas. That in turn would require Armenia to replace that gas with increased imports from its only other source of supply, Iran.

That, then, could see the volume of gas needed to supply both Armenia and Georgia exceed the current capacity of the Iran-Armenia pipeline, requiring the line to be expanded, a move which would be both expensive and time consuming.

In theory, gas trade between Iran and Georgia could also be managed by a swap deal, under which Russia would supply a given volume of gas to Georgia, and Iran would supply the same volume to Armenia in exchange.

This would not require the flow through the Georgia-Armenia pipeline to be reversed, and would see Armenia only reducing, and not ending, its gas imports from Russia.

Both options are technically possible but would require support from both Moscow and Washington, either of which could block gas trade between Iran and Georgia or at the very least make it difficult to realize.

Yerevan is already at loggerheads with Gazprom, which owns Armenia's gas distribution network and controls around 80 percent of the country's gas market, after the company hiked gas prices for Armenia at the start of the year.

Gazprom would be unlikely to welcome further competition in the Armenian market, although the possibility of increased Iranian gas exports to Armenia could persuade the Russians back to the negotiating table.

Ultimately, though, the final decision on whether an Iran-Georgia gas trade could go ahead appears to lie with Washington and the terms of its re-imposed sanctions regime against Iran.

The situation regarding Iran's gas exports is "not so straightforward,” Erika Olson, economic counsellor at the U.S. embassy in Ankara, said February 16 at a regional energy conference in Istanbul.

While Iran's gas exports are currently exempt from sanctions, financial transactions to pay for the gas are sanctioned, Olson said. Payments for gas are to be deposited into a local bank account where it can be used only in payment for the exports of sanctions-exempt goods back to Iran.

As such, Armenia's gas imports from Iran under the existing barter agreement are exempt from U.S. sanctions, and swap deals for Georgian gas could also be ruled exempt.

However, Olson also cautioned that the situation for any new gas deals involving Iran could face uncertain prospects depending on a number of “variables.”