The announced deals could be significant, and come shortly after the two sides patched up a period of serious political tensions. But many details remain unclear. 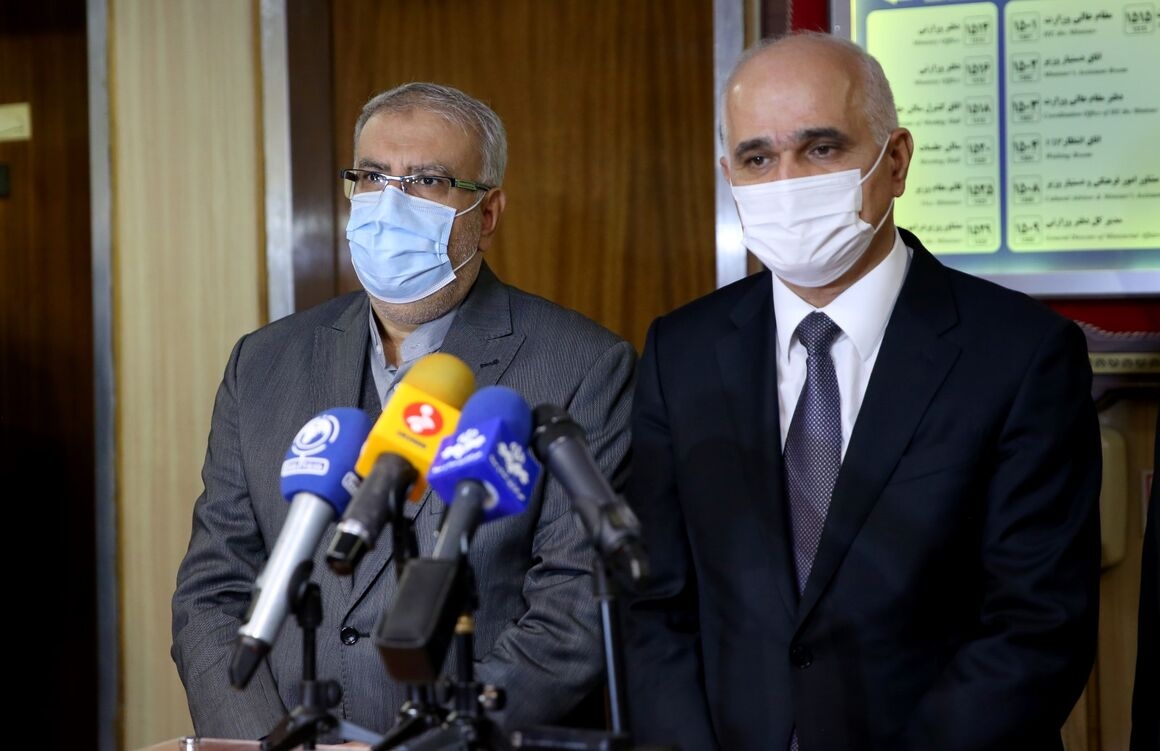 Iran and Azerbaijan have reportedly reached a landmark agreement in principle to cooperate on oil and gas issues.

While details on the deal are still vague, it appears that Baku and Tehran have agreed to seriously discuss cooperation on a range of issues from the possible transit of gas from Turkmenistan to Azerbaijan via swaps with Iran, development of oil and gas fields in the Caspian Sea, and on the supply of gas from Iran to Azerbaijan's exclave, Nakhchivan.

A November 21 meeting between Azerbaijan Deputy Prime Minister Shahin Mustafayev and Iranian Petroleum Minister Javad Owji concluded with the pair jointly announcing "the signing of new documents on oil and gas cooperation in the near future," Iran’s Shana news agency reported. "A constructive meeting was held with the Azerbaijani delegation and good agreements were reached," Owji said.

Shana reported that Owji had confirmed that some agreements had been reached between the two sides on possible gas swaps from neighboring countries to Azerbaijan – mentioning Turkmenistan as a possible source of gas – and on the supply of gas to Nakhchivan, and that initial talks had taken place on development of Caspian oil and gas fields.

"Iran and Azerbaijan discussed a number of new projects in the energy sector. New documents will be signed in this regard,” Mustafayev said. A group of Azerbaijani experts were in Iran to work out details of the arrangements, he added.

Whether the agreements are final and binding or still subject to negotiation is unclear.

Owji said that “in the coming weeks” further agreements would be signed “in the field of oil, gas and development of Caspian oil and gas fields,” Shana reported.

News of the potentially significant deals come shortly after the two sides sought to defuse political tensions and talk energy – a sector in which new agreements could prove highly profitable for both sides.

Azerbaijani news outlets have yet to report directly on the meeting, citing only Iranian reports.

Since the breakup of the Soviet Union in 1991, Nakhchivan has been separated from Azerbaijan proper by a slice of Armenia, significantly complicating the supply of gas to the exclave.

In 2004, Baku and Tehran agreed a swap deal under which Azerbaijan would supply gas to the northwestern Iranian city of Astara, and in return Iran would supply Nakhchivan with 85 percent of the same volume – the difference amounting to a transit fee.

Baku has long sought to renegotiate the terms of the deal, and new movement on long-stalled Turkish plans for a gas pipeline to Nakhchivan may have persuaded Tehran to be more amenable.

The issue of gas swaps with Turkmenistan is more complex and less clear.

In his comments about Turkmenistan, Owji could have been referring to the swap deal for Nakhchivan, meaning that Iran would supply its gas to Nakhchivan as previously, and in return receive gas imported from Turkmenistan paid for by Baku, instead of gas supplied from Azerbaijan via Astara.

Alternatively, though, he could have been referring to a possible new swap deal under which Iran would supply gas now earmarked for its own domestic use to Azerbaijan proper and replace that gas with supplies imported from Turkmenistan.

Such an agreement would enable Azerbaijan to meet its growing domestic needs without either importing gas from Russia – as it has done in the past – or reducing exports to Turkey and Europe.

It could, however, raise some serious issues with Turkey, which is currently faced with an energy double whammy: record breaking gas demand in excess of the country's current import arrangements, a shortage shortly to be exacerbated by the expiration in December of several contracts for Russian gas.

Ankara has in recent months been looking to meet demand by importing extra volumes of gas from both Azerbaijan and Iran, a plan which would likely be harder to realize in the event of a swap deal taking Iranian gas to Azerbaijan. But news of the deal could serve to persuade Ankara to speed up development of its planned gas pipeline to Nakhchivan.

The announcement about the Caspian raises still more questions.

Owji referred only to a possible agreement on the development of oil and gas fields in the Caspian Sea, without specifying what exactly this would involve.

He could have been referring to possible joint exploration of undrilled areas spanning the maritime border between the two states, or alternatively to Iran employing the extensive deepwater expertise of Azerbaijan's state energy company SOCAR to develop reserves in Iran’s sector of the sea.

In 2011, Iran announced the discovery of the Caspian Sardar Jangal field, estimated to hold as much as 1.4 billion cubic meters of gas and two billion barrels of oil. But situated 700 meters underwater, it is too deep for Iran's domestic oil companies to develop. The country’s energy industry has been hampered by United States-imposed sanctions that prevent both the buying of high-tech equipment and the hiring of international oil services companies to develop the country’s more challenging oil and gas fields.