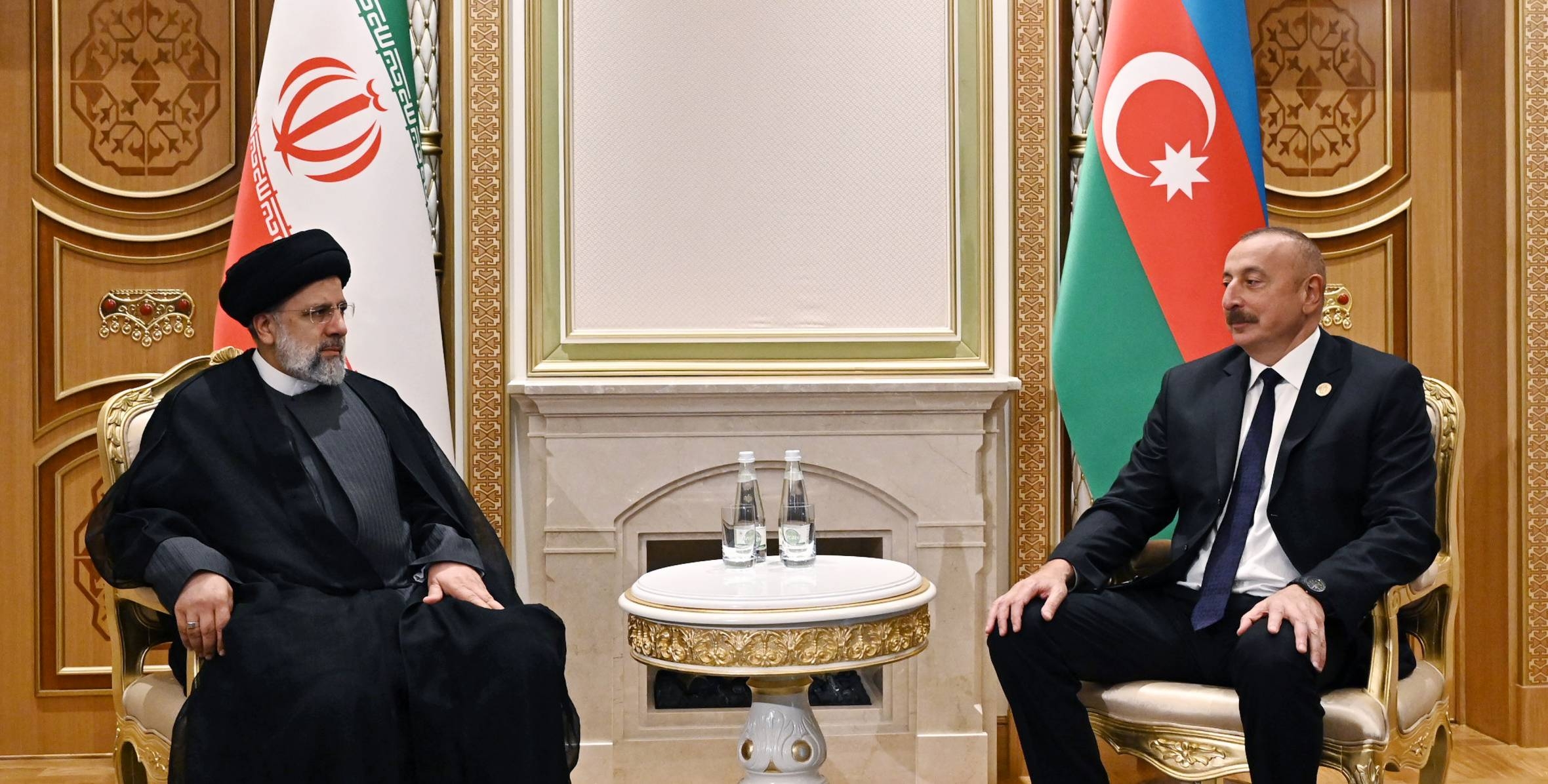 A war of words between Azerbaijan and Iran has again heated up, with semi-official sources in Azerbaijan openly calling for Iran’s large ethnic Azerbaijani minority to break free.

“The time has come: Southern Azerbaijan should secede from Iran,” went an August 26 headline on Caliber.az, a website connected to Azerbaijan’s presidential administration. (“Southern Azerbaijan” is the irredentist term for Iran’s Azerbaijani-dominated northern provinces.)

An article the following day in Haqqin.az, a site connected to Azerbaijan’s security services, was headlined “Southern Azerbaijan is striving for independence!” And it suggested that Baku was ready to help the process along: “The Azerbaijani state has enough mobilizing force to defend the rights of its compatriots,” the unidentified author wrote, referring to Iranian Azerbaijanis. “And the Azerbaijani government has enough resources to support a new wave of the national-liberation movement.”

Relations between Baku and Tehran have been rocky since the 2020 war between Azerbaijan and Armenia. While Iran has repeatedly expressed its support for Azerbaijan regaining control of many of the territories it lost in the first war between the two sides in the 1990s, it appears worried about a now-emboldened Azerbaijan’s potential next steps.

This most recent flare up appears connected to July statements from Iran’s supreme leader Ayatollah Ali Khamenei in which he expressed concern about Azerbaijan’s intentions for a new transport link connecting Azerbaijan’s exclave of Nakhchivan with the Azerbaijani mainland, a route that Baku calls the “Zangezur corridor.” The route will pass along Armenia’s border with Iran, with uncertain consequences for Armenia-Iran commerce.

Azerbaijan and Armenia are currently in negotiations over the precise nature of that route, and the sensitive political question of who will have what kind of control over transit along the route. But Azerbaijan has frequently touted the corridor in pan-Turkic terms (it would allow smoother access from mainland Azerbaijan to Turkey, which borders Nakhchivan), alarming Iran. And Azerbaijan has further threatened that if it doesn’t get what it wants from Armenia, it could take the territory by force.

Iranian officials say they don’t oppose the new route per se. “Iran is not against the creation of the Zangezur corridor,” Iran’s ambassador to Baku, Abbas Mousavi, said on August 28. “It depends on Azerbaijan and Armenia and is an international issue. The principle of our country is that one country cannot influence the national interests of another country, including neighbors.”

But Tehran also has said repeatedly that changing borders in the Caucasus would amount to a “red line.” In a July 19 meeting with Russian President Vladimir Putin and Turkish President Recep Tayyip Erdogan in Tehran, Khamenei reiterated that concern. “If there is an effort to block the border between Iran and Armenia, the Islamic Republic will oppose it because this border has been a communication route for thousands of years,” he said.

Tehran has been expressing its support for Armenia’s territorial integrity in other ways. Iran announced that it is opening a consulate in the southern Armenian city of Kapan and appointed a consul in August, which was a “clear signal” to Baku, analyst Salar Seifaldini told the Iranian newspaper Donya-e Eqtesadi.

There also has been a recent uptick in anti-Azerbaijan articles in the Iranian press. One newspaper even resurrected a 12-year-old Italian tabloid story claiming that the wife of President Ilham Aliyev was having an affair with the president of Belarus, Aleksandr Lukashenko.

And on August 24, a Turkish pro-government tabloid printed quotes of what it said was an audio recording of a former senior Iranian diplomat, Ebulfezl Zuhtevend, making various insulting and provocative comments about Azerbaijan. “Azerbaijan is a frightening phenomenon for us. Nakhchivan should be completely annexed to Iran,” he reportedly said. “Armenians are allies of Iran, and it has always been this way throughout history. There is no such thing as Azerbaijan … Azerbaijan should be annexed to Iran again, otherwise it will infect Iran like a cancer cell.”

Tension between Iran and Azerbaijan already has flared on several occasions since 2020. In May, Aliyev got into a public argument with an Iranian analyst who accused Baku of allowing Iranian Azerbaijani separatists a government-supported platform. Last fall, the arrest of two Iranian truck drivers by Azerbaijani police escalated into Iranian military exercises on Azerbaijan’s borders.

In both those cases Baku appeared to be gently dabbling in stoking separatism, but the recent appeals are the most overt yet.

“Probably our compatriots often look dreamily at us, seeing the constant development of an independent Azerbaijan … So the population of Southern Azerbaijan can take the example of what to strive for,” the Caliber.az piece concluded. “Our southern brothers, we know that you can do it! The time has come!”

As always in Iran-Azerbaijan relations, the shadow of Israel is looming large over this latest bout of tension. In July, Israel’s ambassador to Baku, George Deek, tweeted a photo of himself reading a book called “Mysterious Tales of Tabriz,” referring to the major city of northern Iran.

The tweet caused a small social media firestorm, with several Azerbaijanis and their supporters tweeting similar images, and resulted in a thinly veiled threat from Iran’s ambassador to Baku, Abbas Mousavi.

Mousavi subsequently gave a long interview to the Tehran Times in which he portrayed Azerbaijan-Iran relations as warm, with the only sore spot being Israel’s attempts to drive a wedge between them. He did not mention the Zangezur corridor.

On August 31, the defense trade publication Breaking Defense published a piece detailing Israel-Azerbaijani military cooperation and its potential use against Iran.

“[I]t is clear that tight defense relations with Azerbaijan offers Israel some potential benefits, including the deployment of sensors on Azeri soil or using its long border with Iran to enable better penetration of special units into Iran. Azerbaijan could also, in theory, offer up its airspace for Israeli jets to enter Iranian territory if needed,” read the article. It was republished on an Azerbaijani government-run news aggregator.