“Given the deep disagreements between the member states over the demarcation issue, it seems there will be no deal in the near future.” 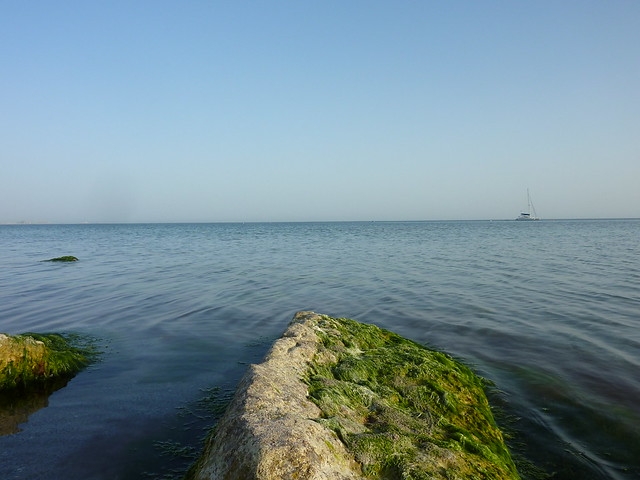 Iran has denied Russian claims that it has agreed on how to divide up the Caspian Sea, casting doubt on reports that the decades-long dispute over the sea is about to be resolved.

But now Iran has pushed back, saying that it has yet to resolve the issue of how much of the sea it should control. “Suggesting that Iran’s share in Caspian Sea has been finalized is a false and unfounded remark, misleading public opinion,” said one senior diplomat, Ebrahim Rahimpour.

“Given the deep disagreements between the member states over the demarcation issue, it seems there will be no deal in the near future,” said Foreign Ministry spokesman Bahram Qassemi.

The crux of the issue for Iran was that the other states sought a division of the sea based on the length of their respective shorelines, which would leave Iran with a relatively paltry 13 percent. The optimistic Russian reports did not address how that question had been resolved, and apparently it hasn't been.

"The Islamic Republic of Iran is not seeking a larger share [of the sea] than before but it is determined not to lose its current share," MP Mehrdad Lahouti added.

The Iranian officials clarified further that there were some big agreements made, just that not all of the issues had been resolved.

“We have 12 agreements in place, and we are in agreement to prepare a few of these 12 to be signed in the [upcoming] leaders’ summit in Astana. Our top officials have concerns and expectations that are correct,” Rahimpour said.

Qassemi, the foreign ministry spokesman, said that the agreement dealt with general principles, including “ways to establish sovereignty, sovereign rights and qualifications, environmental protection, maritime monopoly under flag of convenience of the littoral states, bans on the military presence of non-littoral states, sailing regulations, transportation, access to/from free waters, transit, equal treatment of and prevention from discrimination against registered ships, protection and optimal use of living resources of the sea, security and energy measures, sea research, cooperation mechanisms and so on.”

In his comments, Rahimpour singled out delination issues between the neighbors on the southern part of the sea: “We still haven’t reached an agreement with [the four other countries] and especially the two neighboring countries [Turkmenistan and Azerbaijan] over the division [of the Caspian Sea], and we still have disagreements and our views aren’t identical.”

That would seem to indicate that Azerbaijan's optimism regarding the lifting of legal barriers to a trans-Caspian pipeline is not necessarily misplaced, but that there are further controversies possible in the future, including over Azerbaijan's disputed maritime border with Iran.

The agreement is slated to be signed at a summit in Kazakhstan early in 2018.