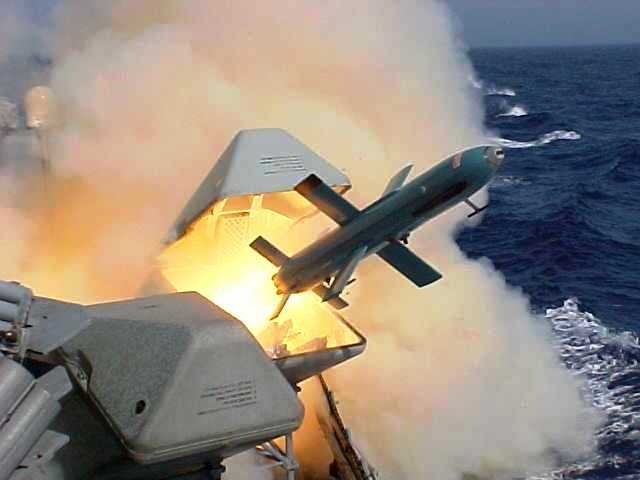 The commander of Iran's navy has warned neighboring Azerbaijan about its purchases of Israeli missiles, and said that Tehran "is monitoring the situation." From a report from the Fars News Agency:

Iranian Navy Commander Rear Admiral Habibollah Sayyari called the Caspian Sea as the Sea of peace and friendship, and said the recent Azeri missile procurements from Israel have harmful impacts on regional peace and stability.

"We have announced many times that the Caspian Sea is the Sea of peace and friendship and the littoral states should provide its security through cooperation with each other but certain sides adopt such measures (purchasing Israeli missiles) through coordination with others," Sayyari said in a press conference in Tehran on Sunday, commenting on Azerbaijan's recent purchase of Israeli Gabriel-5 missiles.

"Anyhow, Iran is not heedless of the issue and is monitoring the situation," he added.

Recall that the Gabriel-5 missiles were part of a $1.6 billion weapons purchase that Azerbaijan made from Israel last year. That news raised a splash back then because of the talk of a looming U.S. and/or Israeli attack on Iran (remember those days?). Azerbaijan was likely never going to get involved in that conflict, but it has its own security issues with Iran, especially on the Caspian.

Iran and Azerbaijan's naval relations are nominally friendly; Azerbaijan's naval commander was supposed to visit Iran last month, but the trip was postponed. “The visit reflects the depth of trust and mutual respect between the two countries and indicates the two countries’ interest in maintaining the security and stability of the Caspian Sea,” Iran's ambassador to Baku Mohsen Pak-Ayeen told Press TV.

Anyway, I believe that is the first time that Iran has publicly addressed the naval buildup of one of its neighboring Caspian states. Obviously the Israeli role is bound to annoy Tehran, but Sayyari's comments seemed to suggest a concern for Caspian security more broadly.