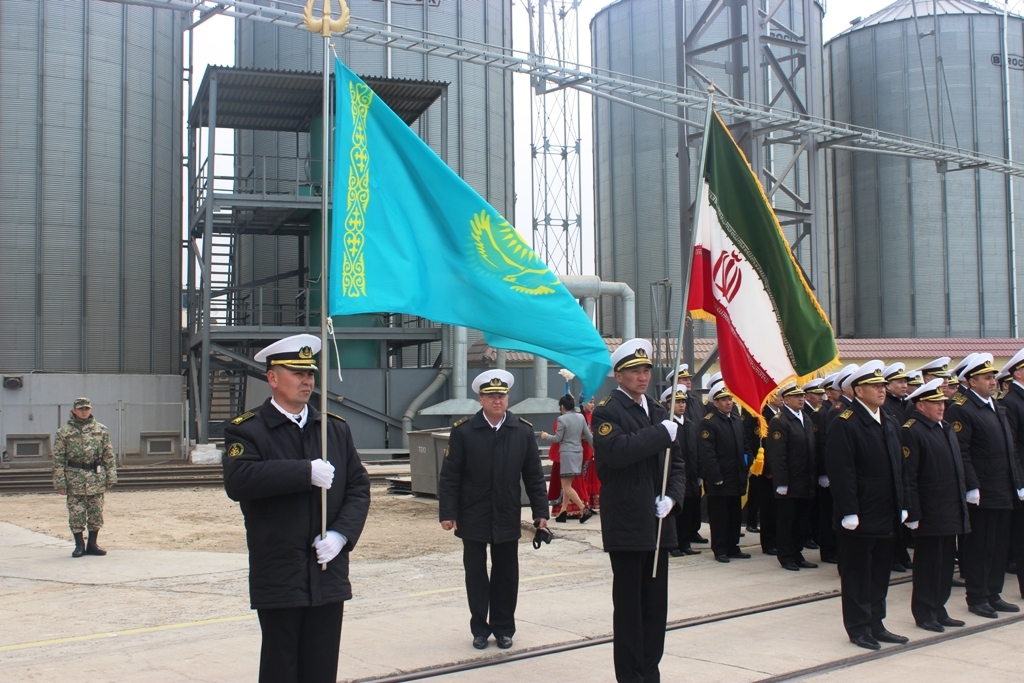 Sailors from Kazakhstan and Iran at a welcoming event for a flotilla of Iranian warships to Kazakhstan. (Photo: MoD Kazakhstan)

Iran's navy has made its first formal visit to Kazakhstan as Tehran continues to slowly build military ties with its Caspian neighbors.

Two Iranian warships, the destroyer Damavand and corvette Paykan, berthed at Kazakhstan's Caspian port of Aktau on April 12. It is the Iranian navy's first such visit to Kazakhstan, and follows 2015's first-ever visit to Azerbaijan. Iranian warships have made at least three visits to Russia's Caspian coast, the first in 2013 and the most recent in March.

In Aktau, the Iranians were greeted by the rocket-artillery ship Saryarka; the two sides will exchange visits to one another's ships and take part in some sort of joint exercise.

"The aim of the visit is the establishment of cooperation between the navies of the two countries, the role of which is significantly rising amid the need to ensure regional security, in particular in the Caspian Sea," the Kazakhstan Ministry of Defense said in a statement.

The friendly reception that Iran's warships have gotten in Azerbaijan and Kazakhstan belies the mistrust that all the post-Soviet Caspian states have of Tehran's intentions in the region. In particular, Azerbaijan, Kazakhstan, and Turkmenistan have been wary of Iran's sometimes unpredictable actions vis-a-vis their oil and gas facilities in the Caspian, which form a significant portion of all three countries' economies.

Interestingly, Iran has recently announced that it intends to develop oil and gas fields in the Caspian. Thus far it has gotten no energy reserves from the sea, according to a report in Iranian business news website Financial Tribune. But it's been seeking foreign investment including from Britain, the Netherlands, and Norway. Is that changing Tehran's strategic calculation in the Caspian?