Iranians are one of the largest groups of immigrants in Georgia, but have come under increasing pressure in their new home. 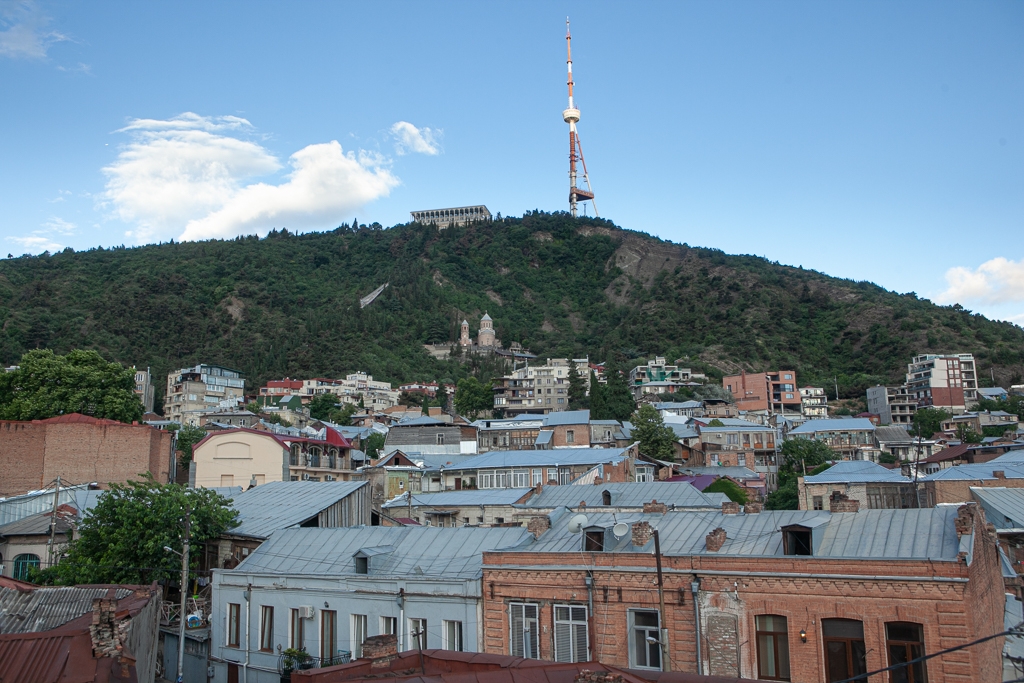 Iranians make up the largest group of foreign nationals getting temporary residence permits in Georgia: 5,346, or 87 percent of the total in 2018. (Eurasianet photo)

Ali had not been home to Iran for over three years. But in early January, when he decided to leave the restaurant he runs in Tbilisi and go visit his family in Tehran, he couldn’t have known what was to come.

Ali has lived in Georgia for several years – one of thousands of Iranian expats here – and has been hesitant to go home for safety reasons. Ten years ago, as a student in the city of Hamadan, he participated in the massive anti-government protests in Iran that became known as the Green Movement. The protests ultimately were put down and participants continue to face legal trouble. “I have had an open court case pending since then,” Ali told Eurasianet. (Names and other identifying elements in this story have been changed for the interviewees’ safety.)

Geographic proximity and relaxed travel regulations have made the South Caucasus an attractive destination for Iranians to live and visit. Hundreds of thousands come every year as tourists to Azerbaijan, Armenia and Georgia; thousands to do business and hundreds as refugees.

It's particularly attractive for Iranian emigres critical of their government, as they can stay out of reach of the authorities but still in touch with their families. “There are only 40 countries that let us in without visas. Georgia is one of them,” said Saman, another Tbilisi-based Iranian.

Saman’s job in Tbilisi has put him at odds with the Iranian authorities and he can no longer go home. His family, however, can visit him in Georgia.

“My mom, my sister and my brother have come here to see me, but my dad is too old to travel,” Saman said. “It’s something that haunts me. Every time my mother, my sister or my brother call, I fear it’s the call that is going to tell me that my dad is gone.”

Immigration from Iran to Georgia has been sharply increasing: Since 2012 the net number of Iranian immigrants in Georgia has increased more than tenfold, reaching 3,413 in 2018, the last year for which statistics are available. The same year, Iranians made up the largest group of foreign nationals getting temporary residence permits: 5,346, or 87 percent of the total.

But as immigration has increased, Georgia has tightened the screws on arrivals from Iran.

A growing number of Iranians have been denied entry and residence permits over the last two years, victims of anti-immigration domestic politics in Georgia, attempts to crack down on transit migration, and security concerns.

And many temporary residence permit-holders, like Ali, are concerned that their permits will not be extended.

Because of the growing crackdown in Georgia, Ali became convinced that he will be forced soon to leave Georgia. He decided to apply to graduate school in another country, and went back to Iran at New Year’s to gather some documents and visit his family.

His trouble began upon arrival at Tehran’s airport. When the border police detained him, took his passport and thoroughly examined his phone, Ali feared that his student political activism was coming back to haunt him. While he eventually was let into the country, he worried that he wouldn’t later be allowed to leave.

“The situation was pretty awful. Everyone was worried about war, as you have a confrontation between two crazy governments, both known for making rash decisions,” Ali said. “I couldn’t help thinking that all this had to happen when I finally came home after so much time. My friends were joking that I’m bad luck.”

Although Ali made it out of Iran and back to Tbilisi, he says he has decided to never go back. He and Tbilisi’s other Iranians closely follow the news back home and ponder the personal ramifications.

“I was speaking to my family and we thought they should also come here to Georgia if things get really bad,” Saman said.

But many of the conversations about Iran take place in private or in social media anonymity.

“Many [Iranians in Tbilisi] have tried to limit their contacts with other Iranians, as you never know who reports back to the government,” Saman said.

Georgia has a less-than-sterling record of providing a safe environment for dissidents from nearby countries. A number of Azerbaijani dissidents in Georgia have been harassed by their repressive government; in the most egregious case, the Georgian authorities are accused of aiding and abetting an Azerbaijani journalist’s abduction from the center of Tbilisi and delivery to a prison in Baku.

Iran doesn’t likely have the same sway in Tbilisi as does Azerbaijan. “Azerbaijan is the largest investor in Georgia and the ruling family is a key sponsor of the Georgian economy and the establishment, so our political elite is eager to entertain the Azerbaijani government’s requests,” said Giorgi Gobronidze, assistant professor of political science at the European University in Georgia, speaking at a recent conference on the security implications of the Iran-U.S. conflict for the South Caucasus. “Iran, by contrast, does not have significant economic or political influence in Georgia, nor it will be given similar access.”

And Tehran, too, has bigger issues to deal with than its dissidents in Georgia. Giorgi Koberidze, a security expert and guest lecturer at the Georgian Institute of Public Affairs, said at the same conference that Iran concentrates its influence in the Middle East, particularly Lebanon, Iraq and Palestine. “The Iranian government cannot afford to waste its efforts on Georgia or this region,” Koberidze said.

Still, Saman isn’t taking his chances and long ago chose not to integrate with the Iranian expat community in Georgia, out of concerns that word could get back to Iran and prompt the authorities to put pressure on his family. “I don’t have any Iranian friends here outside my office. I don’t go to Iranian places,” he said.

If they want, Iranians have plenty of places in Georgia where can they mingle. There are many Iranian-run restaurants and bars in Tbilisi and a few in Batumi, on Georgia’s Black Sea coast. Iranians, in fact, make up the largest single share (31 percent) of the foreign nationals who set up businesses in Georgia between 2015 to 2018.

But when it comes to debating politics, many Iranian expats opt for social media, often using fake monikers. Online discussions turned particularly heated following the Suleimani killing and the threat of war with the U.S., with some anti-establishment Iranians seeing military intervention as a means of getting rid of the regime they hate.

“There are a lot of people who are frustrated, who think they have exhausted all the other ways of changing the regime, and they hope that an American invasion will help bring it down,” said Ali. “I was trying to tell them that war is something that affects everyone, that there will be no winners.”

But Aram, an Iranian in Tbilisi married to a Georgian, favors the U.S.’s hardline policy and sanctions against Iran, arguing that the government would never fall without a push from the outside. “For a long time, I thought Trump was an idiot, but sometimes it takes one to fix a problem made by other idiots,” he said.

Saman believes that the change in Iran has to come from inside, is against foreign intervention and is skeptical about U.S. sanctions. He was in London recently and tried to use his credit card to buy a subway ticket, but it was rejected – apparently the result of sanctions. “It’s made the life of ordinary Iranians more complicated, but did it do anything to the regime? Yes, there were protests, but nothing has really changed,” he said.