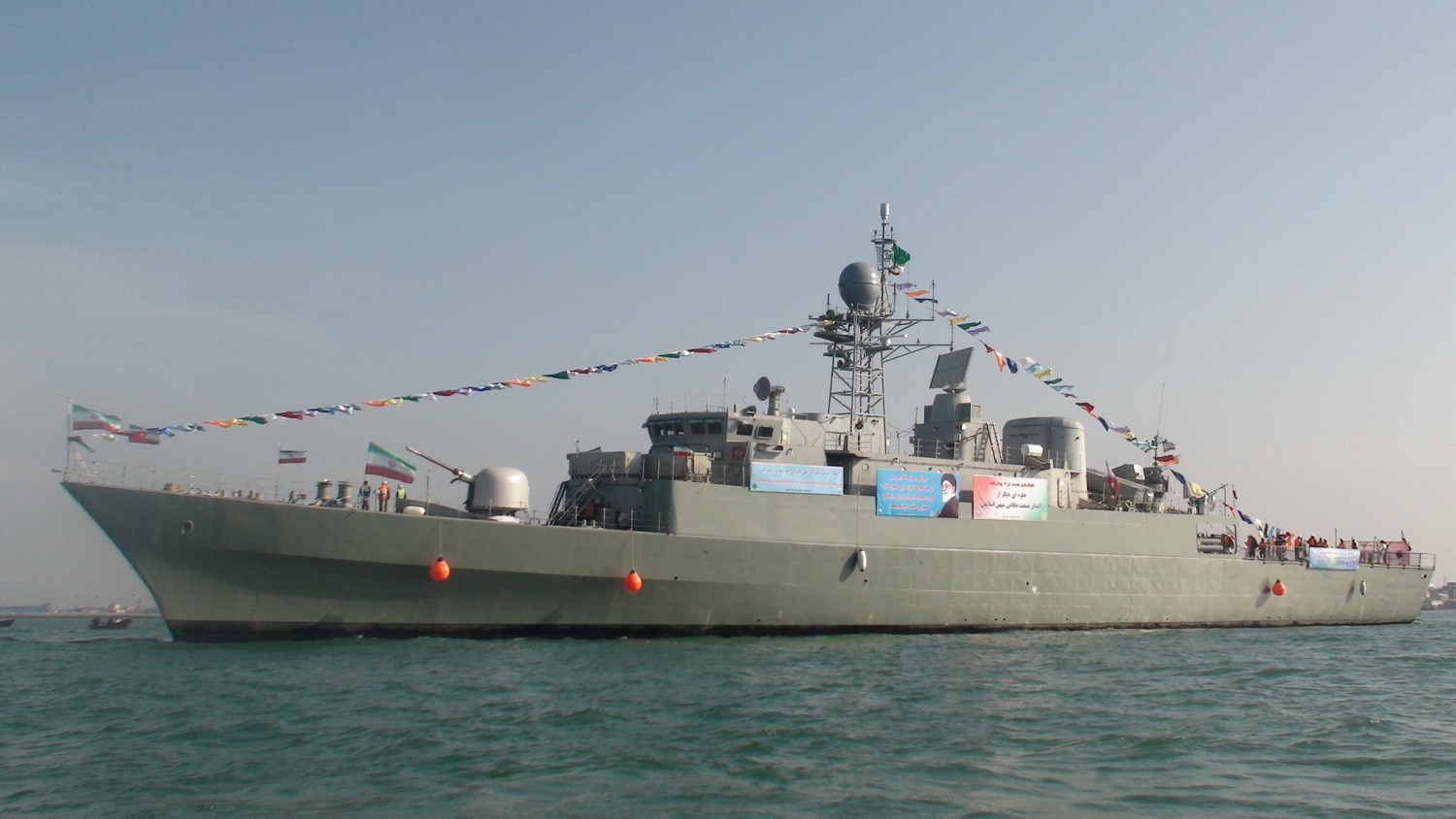 Iran's newest, most capable warship in the Caspian Sea has formally entered service following a March 9 ceremony at the port of Bandar-e-Anzali.

While Iranian officials played up the technical capabilities of the new ship, they also noted that one of its missions would be training, highlighting the fact that the Caspian remains a very secondary strategic priority for Tehran.

The ship, the Damavand, is a Jamaran-class destroyer with more sophisticated weapons than the original Jamaran, with "highly advanced anti-aircraft, anti-surface and anti-subsurface missile systems" and "capable of tracking and targeting aerial, surface and sub-surface targets simultaneously," Press TV reported. It entered sea trials in 2013.

"The operational radius of Damavand is so vast that it can sufficiently be used for all naval missions in the Caspian Sea," Head of the Self-Sufficiency Jihad Department of the Iranian Navy Rear Admiral Ali Qolamzadeh told Fars News Agency. But he added that it also could be used for "training missions," suggesting a rather less strategic focus. (The Caspian has traditionally been a site for Iranian naval training; during the Soviet era that was the sea's sole purpose for the Iranian navy.)

The Secretary of Iran's Supreme National Security Council, Ali Shamkhani, attended the inauguration and called the Caspian a "sea of peace, friendship and security." And he repeated the oft-made claim that "outside powers" (read: the United States) are trying to sow dischord on the sea.

[Shamkhani] noted that Iran seeks to use all its potential to “demonstrate might” and “create deterrence” in the face of the region’s common threats, specifically terrorism...

Despite Iran’s cooperative stance towards the neighbors, certain powers are inclined to create “fabricated rift” in order to prepare the ground for their presence in the region, Shamkhani added.

Meanwhile, the source of much tension on the sea -- its unresolved borders -- is "nearly resolved," Iranian and Azerbaijani officials have said. The working group of deputy foreign ministers of the five Caspian states met last week and came out with positive statements.

"The sides have reached complete agreement" on six provisions of the Convention on the Legal Status of the Caspian Sea, said Iranian Deputy Foreign Minister Ibrahim Rahimpour, RFE/RL reported. "We will finalize coordination of outstanding issues pertaining to the status of the Caspian Sea within a short time," added his Azerbaijani counterpart, Khalaf Khalafov.

A summit of Caspian states is scheduled to be held in Kazakhstan this year; Iran has traditionally been the difficult negotiator, demanding a bigger share of the sea than the others think it's entitled to. Has that finally been resolved? Stay tuned.