Is Latvia’s Door to Europe Closing for Russians, Central Asians? 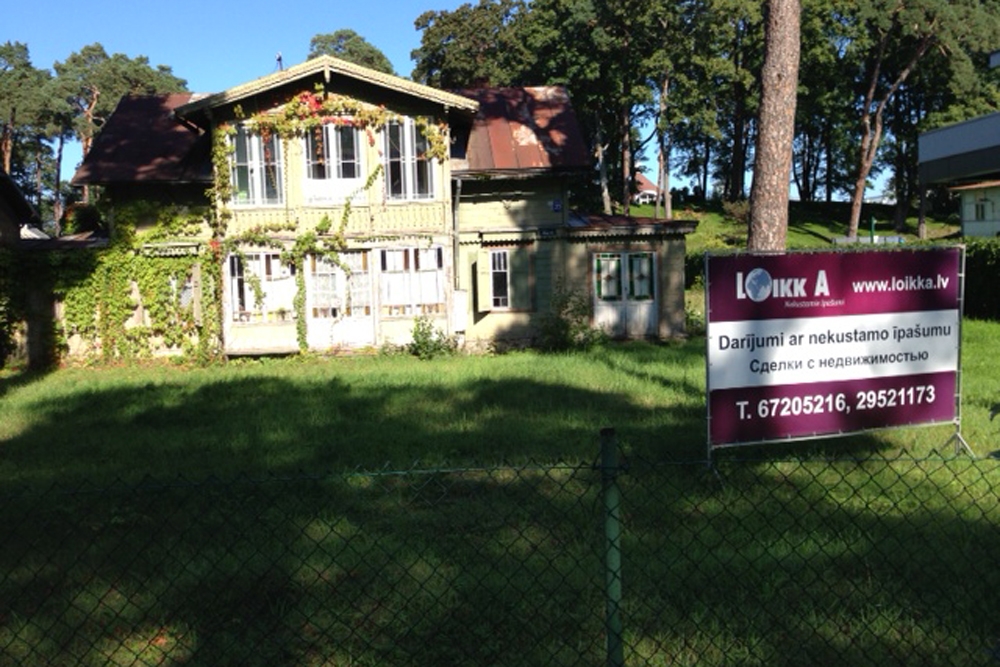 For sale: Latvian property, with a side of residency? (Photo: Justin Burke)

Now that Latvia has joined the euro zone, legislators in Riga can return to the delicate issue of residency permits for foreign nationals. Lenient rules have allowed thousands of über-rich Russians, Chinese and Central Asians to use Latvia as a backdoor to Europe. Critics want to tighten legal loopholes, while defenders warn that too much tinkering could have economic consequences. Since 2010, foreigners have been able to obtain Latvian residency under comparatively easy financial conditions. For example, foreigners who purchase real estate worth between 70,000 and 140,000 euros (roughly $96,000-$191,000), depending on the location of the property, can obtain Latvian residency. Once in possession of a residency permit, foreigners are eligible for a Schengen visa, enabling holders to travel freely to most EU states. Since the residency program’s inception, more than 7,000 foreigners have obtained Latvian residency via real estate purchases or other investments. The overwhelming majority are Russians, mostly from Moscow. But hundreds of Kazakhstanis, Ukrainians, Uzbeks and Chinese have also taken advantage of the loophole. In addition, dozens of Kyrgyz and Azerbaijani citizens have become “real estate” residents in Latvia. Nationalist politicians oppose the loopholes, arguing that big-spending foreigners are pricing Latvian citizens out of desirable residential areas, in particular Riga’s Old Town and the seaside resort of Jurmala. Opponents also contend that the program has had only a minimal economic benefit because many foreigners who purchase homes in Latvia don’t spend much time or money in the country. On January 1, Latvia became the 18th EU member state to adopt the euro as its currency. In connection with the euro-zone accession process, nationalist MPs engineered the adoption of amendments last October designed to restrict real-estate-residency, including capping the number of eligible foreigners at 800 annually. Legislators also raised the minimum real estate investment to 150,000 euros. President Andris Berzins, however, declined to sign the amendments into law, voicing opposition to a separate provision that would have allowed foreigners simply to purchase temporary residency, valid for up to five years, for 50,000 euros. The bill was returned to parliament for further consideration. MPs are expected to discuss revisions in late January. Proponents of the current framework, in particular those working in Latvia’s real estate sector, have cautioned against making drastic changes. Yegeniya Markova, a managing director at Nira Fonds, a real estate firm with offices in Riga and St. Petersburg, claimed that the influx of foreign buyers is a significant catalyst of economic activity, especially in the construction sector. “Most [real estate] activity and development today is driven mainly by foreigners,” Markova said. A major change could “cause an unfortunate situation to develop” in which the construction sector and associated businesses experience a decline, stoking unemployment, she added. Latvia isn’t the only EU member state that offers a residency permit-for-purchase option for foreigners: Greece, Portugal, Ireland and Hungary also are willing to grant residency to foreigners who invest. But Latvia’s monetary bar for residency is far lower than hurdles in other EU states. Under Latvian law, the identities of those obtaining residency under the real-estate provision are confidential. As a former Soviet republic, where roughly one-third of the country’s 2 million inhabitants are Russian-speakers, Latvia is a natural magnet for those from other formerly Soviet lands desiring ready access to the EU. An incident last spring involving Alma Shalabayeva, the wife of fugitive Kazakhstani banker Mukhtar Ablyazov, seemed to support Latvian nationalists’ assertions that the real-estate residency framework is rife with abuse. Shalabayeva, along with the couple’s daughter, was taken into custody in Italy in May and deported back to Kazakhstan. At the time of her detention, it was determined she had been living in Italy under documents obtained in Latvia.

Ultimately, the deportation was found to be politically motivated, and in late December Shalabayeva was allowed to return to Italy. Ablyazov is accused in Kazakhstan of embezzling roughly $6 billion from BTA bank. According to legal documents filed in connection with a London court case, Ablyazov was accussed of using a Latvian bank to help move some of the allegedly embezzled funds out of Kazakhstan. Critics worry that the residency permit loophole in Latvia is contributing to an image problem, in which the country’s banking sector is perceived as a money-laundering haven for Russian-speaking oligarchs. According to some estimates, non-residents, most of them from formerly Soviet states, hold roughly $8 billion in assets in Latvian banks. A 2013 report published by the US State Department said that “the scope of the 'shadow' (untaxed) economy (estimated at around 30 percent of the overall economy), geographic location, and public corruption make it challenging to combat money laundering” in Latvia. The Latvian banking sector took a major PR hit last June, when a government regulatory agency fined an unnamed Latvian bank for illicit activities involving money connected with the high-profile Sergei Magnitsky case in Russia. Latvian legislation prohibited regulators from naming the offending bank. In another damaging blow, Bloomberg reported January 2 that the US financial giant JPMorganChase had halted dollar transactions involving Latvian banks. In addition, some experts and politicians in recent days have voiced concern that Latvia's accession to the euro zone could increase the flow of "dirty" money from Russia into EU states. Meanwhile, officials in Kyrgyzstan complain that Riga stonewalled them in their attempts to press a criminal case against Latvian banker Valeri Belokon. Kyrgyz authorities contend that Belokon helped Maxim Bakiyev -- the son of former Kyrgyz president Kurmanbek Bakiyev, whose administration collapsed in 2010 -- to improperly transfer millions of dollars’ worth of state assets out of the Central Asian state. Belokon has denied any wrongdoing. Daina Vasermane, the head of the Financial Integrity Division at the Latvian government’s Financial and Capital Market Commission, defended the existing regulatory framework, emphasizing that non-resident banking accounts in Latvian are subjected to “enhanced due diligence.” It is not so clear, however, whether those holding real-estate residency are subjected to the same level of financial scrutiny concerning their financial dealings as those classified as non-residents. In an interview with EurasiaNet.org this past fall, Belokon said “Latvia and Latvian banks have gained an unfair reputation.” At the same time, he said the Latvian government could do more to promote banking-sector transparency. He also endorsed a tightening of real estate residency rules. “But we have to proceed cautiously,” he added.

Justin Burke is the executive editor of Eurasianet.