Is Putin coming to Armenia?

The Eurasian Economic Union is having a summit in Yerevan on October 1. But it’s not clear whether Russian President Vladimir Putin is going to grace the Armenian capital with his presence. 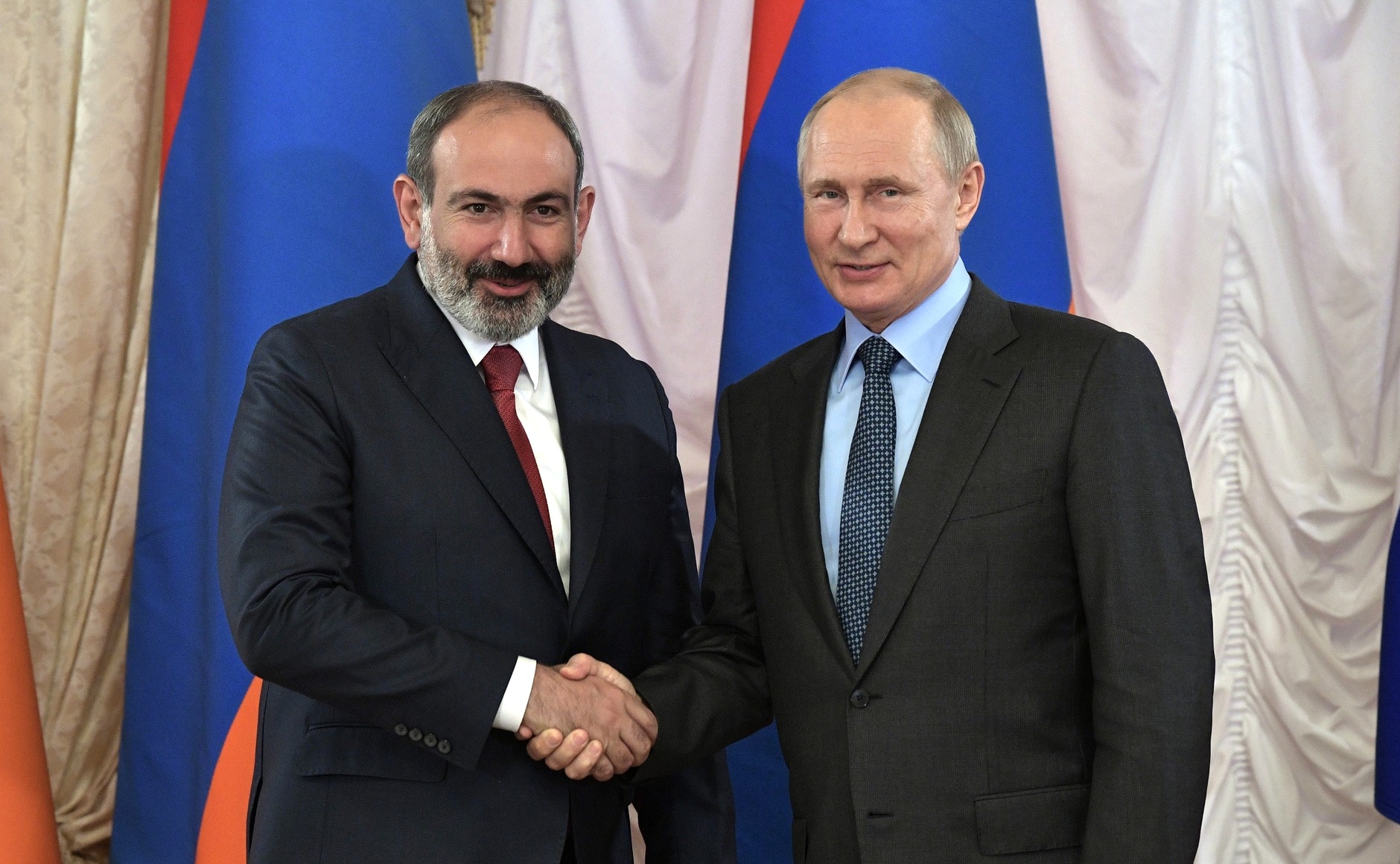 The Eurasian Economic Union is holding a summit next month in Yerevan. That should mean that Russian President Vladimir Putin – the leader of the dominant country in the bloc – will be visiting.

But less than three weeks out, the question of Putin’s presence remains the subject of fevered speculation in Armenia.

Deputy Foreign Minister Shavarsh Kocharyan has said that all the EEU heads of state are coming. "Recently a meeting has been held and there has been a consensus that the heads of all member states should be present at that meeting, including Vladimir Putin," he told reporters on September 5.

But the Kremlin and the Russian Embassy in Yerevan have not confirmed that. And speculation, in both pro- and anti-government media, has suggested that the visit is not a done deal. The opposition newspaper Zhamanak cited a source “close to the Russian embassy” as saying that, despite Kocharyan’s statement, Putin’s participation in the Yerevan meeting has yet to be decided and that “the embassy is not making any preparations for the visit.”

A more pro-government analysis on the news site 1in.am was headlined: “Who will lose if Putin doesn’t come?” The answer, it concluded, was Putin himself: “The event is in Yerevan and if the summit is boycotted, Armenia is not the one on the losing side, Russia is. As a result of the “Velvet Revolution” Russia got the opportunity of having a real ally unique in the Caucasus and maybe even in the world. It’s striking that several circles are trying to destroy that opportunity.”

Pashinyan’s political allies also seem uncertain about whether Putin will show up. Shirak Torosyan, a member of the parliament’s foreign affairs committee, gave the impression that Pashinyan’s “My Step” alliance doesn’t know. As a rule, “heads of state take part in summits, but it’s not a dogma,” he told the newspaper Zhoghovurd on September 10. “A person authorized by the president could take part. We will see on October 1.”

Russia’s relations with Armenia have been strained since Prime Minister Nikol Pashinyan came to power last year on a wave of popular protests. While Pashinyan promised no significant geopolitical shifts away from Russia, and has been in some cases even more solicitous to Moscow than his predecessors, mutual suspicions remain.

Putin hasn’t visited Armenia since 2015, when he attended centennial commemorations of the Armenian genocide. And in general, Russian officials have been giving Armenia a wide berth: the Armenian Ministry of Foreign Affairs web page on Russia-Armenia relations lists no visits by a senior Russian official since the change of government last year, though it omits a visit earlier this year from Prime Minister Dmitriy Medvedev which rankled many Armenians because of the perception that Medvedev mocked Pashinyan’s command of Russian.

Meanwhile, Pashinyan alone has visited Russia seven times since then, according to the Armenian MFA’s accounting.

While Russia and Armenia have a number of differences, speculation across the political spectrum is that Putin’s reluctance now is related to the case of former Armenian president Robert Kocharyan. Kocharyan, Pashinyan’s political nemesis, is currently in jail awaiting trial on charges related to the violent breakup of protests in 2008.

Armenia’s Constitutional Court last week ordered Kocharyan to be released until the trial – scheduled to start on September 12 – but he remains in custody.

Meanwhile, Putin has been making no secret of his affection for Kocharyan. On August 31, the Russian leader wrote a warm letter for his former counterpart’s 65th birthday: “Through your many years of state activity, you have earned well-deserved respect among compatriots and abroad, made a significant contribution to the development of modern Armenia, ensuring security and stability in the Caucasus. We know you as a true friend of Russia, who has done much to strengthen allied relations between our states. I wish you, dear Robert Sedrakovich, good health, mental strength and stamina.”

A separate analysis in 1in.am called Putin’s letter a provocation: “It’s notable that Putin is creating another tension in Armenian-Russian relations just a month before his visit to Yerevan. Is this a political message that Putin might not arrive in Yerevan in October for the EEU summit, or has the Russian president made it clear to the Armenian authorities not to expect too much from the upcoming talks with him, especially given that the gas tariff issue will also be discussed?” (At the new year, Russia unexpectedly announced that it was raising the prices for the gas it sells to Armenia.)

A number of reports in the pro-Kocharyan, Russia-friendly corner of the Armenian media have speculated that Putin even intends to visit Kocharyan in jail if he comes.

“If Vladimir Putin wants to visit Robert Kocharyan in jail then he has to be careful that we don’t close the door on him,” wrote Daniel Ioannisyan, a prominent activist, on his Facebook page.

Meanwhile, the more openly pro-Western opposition has accused Pashinyan and My Step of silence in the face of Russian intimidation. “When the president of Russia congratulates a person responsible for overthrowing the constitutional order does this threaten sovereignty?” asked opposition MP Arman Babajanyan during a September 10 session of parliament. “Or when the chairman of the Constitutional Court meets the Russian ambassador and we have no information regarding that meeting, does that threaten sovereignty?”

Babajanyan went on to note that Russia has declined on several occasions to extradite high ranking former officials who are under criminal investigation in Armenia and to attack the Russian government-run Sputnik Armenia for publishing anti-government propaganda.