Is Putin Fighting His Decisive Battle? 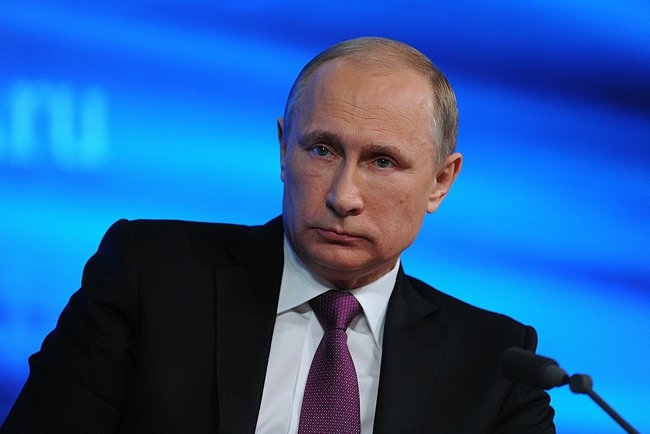 Russian leader Vladimir Putin could right now be facing his Gettysburg, experiencing the pivotal moment of his presidency.

For those in need of a quick history lesson, Gettysburg, fought over three days in early July 1863, was the decisive battle of the American Civil War, a battle that tipped the conflict in the union’s favor. It was also an accidental battle. A sleepy village in southern Pennsylvania, Gettysburg was not strategically important, and the rebel and union armies did not intend to fight then and there: they collided unexpectedly and were forced to give battle on ground not of their choosing.

It would seem that Putin, somewhat like the rebel and union generals at Gettysburg, is unexpectedly facing a battle under circumstances not necessarily of his own choosing. A year ago, following Russia’s land grab in Crimea, Putin seemed at the zenith of his powers. Now, thanks to an inexplicable, prolonged disappearance from public view, coming on the heels of Boris Nemtsov’s shocking assassination in late February, Putin finds himself in the midst of a startling crisis that could spell doom for his political fortunes.

It is also a crisis with serious implications for Russia’s stability. Putin has built a highly personalized regime – one that rests largely on his ability to inspire fear and project strength. The Nemtsov assassination raised questions about the extent to which Putin is in control. And now, his disappearance is fueling all sorts of rumors about ill health. It is a nuclear meme: Russia’s strongman has suddenly turned weak.

Kremlin apparatchiks have tried their best to erect a Potemkin media village to convince the world that all is well in Putinland. But gaps in the façade have undermined their efforts. It seems most if not all of Putin’s recent meetings, as reported by the presidential press service, were pre-recorded and occurred days earlier than stated by the Kremlin. On March 13, the official presidential website carried a report that Putin met with Constitutional Court head Vyacheslav Lebedev at the Novo-Ogarevo presidential retreat. But it has reached the stage where few people believe what they see or read on the Kremlin website. And it is worth noting, the meeting was closed to the press.

A picture of Putin holding a March 13 edition of Komsomolskaya Pravda would go a lot farther to quell speculation in Moscow.

But even such a photo would not answer the main question: how healthy is Putin? Has he experienced some sort of medical episode that has diminished his ability to govern. Or is he still on top of his game, and just taking a breather.

For Putin, no news is bad news. The longer he remains out of public view without a plausible explanation, the harder it will be for him to reestablish his credentials as a tough guy. And recent history has not been kind to strongmen in Eurasia who are perceived to have lost their strength.

Back to 1991, Mikhail Gorbachev, who at the time was the master of the Kremlin, faced a tough choice that January: Lithuanians in Vilnius, powered by national feelings uncorked by Gorbachev’s policy of perestroika, were agitating to leave the Soviet Union. Gorbachev deployed troops to quash protests, but when Lithuanian civilians offered spirited resistance during a decisive confrontation at Vilnius’ television tower, he blinked. Security troops never received an order to open fire. While humanity should applaud Gorbachev for such restraint, hardliners interpreted Gorbachev’s reluctance to use force as a sign of weakness. That August, they launched the ill-fated coup against Gorbachev, the event that catalyzed the collapse of the Soviet Union.

More recently, there is the example of Askar Akayev in Kyrgyzstan. Akayev, a physicist by training, was never a natural-born authoritarian. But Central Asian circumstances dictated that he try to become one. He found himself at the top of Kyrgyzstan’s power structure when the 1991 Soviet collapse occurred, and over time, he distanced himself from the democratic aspirations he originally embraced. By the early 2000s, Akayev’s administration was riddled with corruption and cronyism, just like every other state in Central Asia. But Akayev never exhibited the same type of political ruthlessness that his fellow leaders in Central Asia possessed.

The knives for Akayev came out after muddled parliamentary elections in February 2005. A key qualification for any Eurasian strongman is the ability to rig elections, and the fact that Akayev was unable to engineer his desired outcome in 2005 exposed him as weak. Within weeks, Akayev was ousted in the Tulip Revolution.

Speaking of Kyrgyzstan, the moment of truth for Putin may come on March 16, when he is scheduled to meet with incumbent Kyrgyz President Almazbek Atambaev in St. Petersburg. The Kremlin PR machine insists Putin will be there. Repeated calls to representatives of the Kyrgyz presidential administration were not picked up. It would seem Kyrgyz officials do not want to be drawn into the frenzy of speculation about whether Putin will show or not.

Whether by design or by blundering, the Kremlin has painted itself into a corner. If Putin is a no-show in St. Petersburg, the emperor will be conclusively shown to have no clothes. Even if he does resurface, it will be crucial for him to appear to be as vigorous as when he ducked out of sight.

If Putin shows any hint of weakness, it could provide abundant fuel for a power struggle behind the scenes among various factions that, until now, the Kremlin has managed to keep under control. Such a power struggle could already be underway. If Putin stays out of sight much longer, factional fighting is sure to burst out into the open soon enough. How such a struggle ends would be anyone’s guess, but it is likely Putin’s presidency would meet an abrupt end, and what would follow could well be worse than the present.

Getting back to Gettysburg, one can argue that the rebel army under Gen. Robert E. Lee never should have been there in the first place, finding itself in a position where it had to risk everything – and lose. Strategic common sense dictated that Lee needed to fight a defensive war for the Southern states to have any chance of breaking free of the union. But Lee, following a major victory in the late spring of 1863, was filled with hubris and decided to invade the North. His folly led him to Gettysburg.

Hubris has also led Putin astray. His greatest mistake is that he believed his own hype about his invincibility. He kept pressing his luck – grabbing Crimea and stoking a war in eastern Ukraine – when strategic necessity should have dictated that he devote more attention to the crumbling economy. It now seems he, like General Lee, may have taken one risk too many.