Amid a spat with Turkey, the momentum appears to be on the side of those seeking formal American recognition. But some supporters wonder if this is the right time. 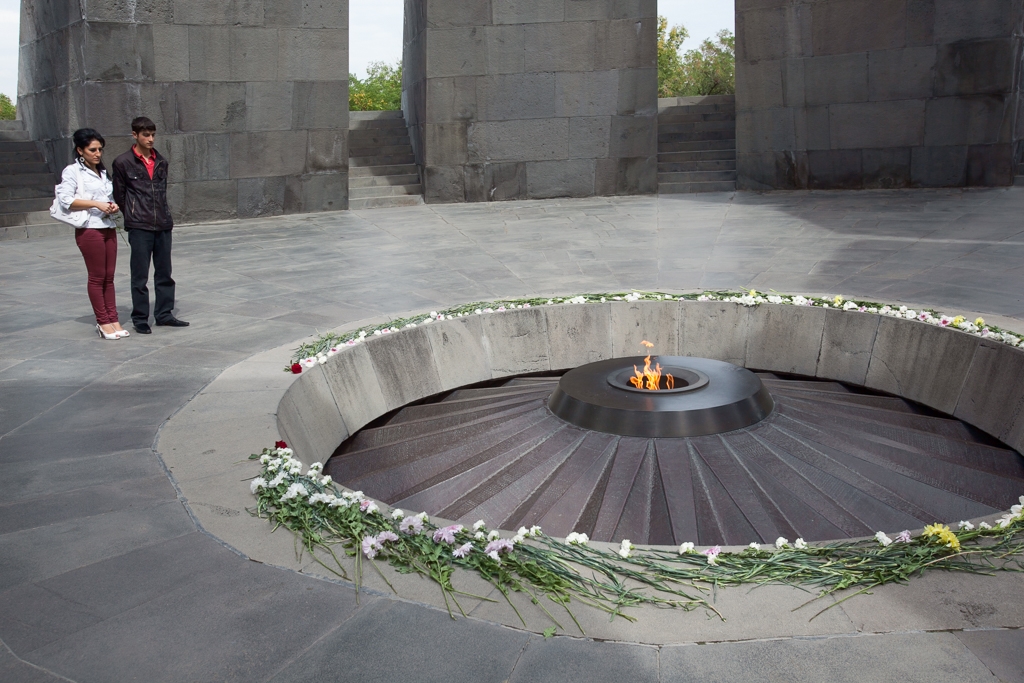 After a decades-long campaign to get the U.S. to formally recognize the Armenian genocide, is this finally the moment?

The U.S. House of Representatives has scheduled a vote for this week on a resolution to formally acknowledge the genocide, fast-tracked as a result of Turkey’s military operation in northern Syria. It will be the first such vote in more than 30 years, and appears more likely to succeed than any previous effort.

While it is nearly universally acknowledged that the Ottoman Empire committed a genocide against Armenians starting in 1915, Turkey has vigorously opposed labeling the events as such. During the Cold War, Ankara was one of the U.S.’s closest allies and it has in the past been able to use its clout in Washington to block any attempts at formal genocide recognition.

But U.S.-Turkey ties have degraded badly in recent years, and have hit a nadir in recent weeks as Turkey has undertaken a military operation in northern Syria against the U.S.’s erstwhile Kurdish allies there.

Analysts and activists in Washington believe that Turkey’s influence there is no longer strong enough to withstand this latest drive for genocide recognition.

“Ankara has seen its base of advocates and apologists on Capitol Hill steadily erode over the past two decades,” Aram Hamparian, executive director of the Armenian National Committee of America, one of the leading Armenian-American lobbying groups, told Eurasianet. “You can draw a line from Turkey’s refusal to allow a northern front in the 2003 Iraq war to [Turkish President Recep Tayyip] Erdogan’s assault against peaceful American protesters at Sheridan Circle in 2017, his recent S-400 purchase, and the current bipartisan outrage over the attack on America’s Kurdish allies in Syria.”

An anti-Turkey coalition among U.S. lawmakers has been growing, Hamparian said, which he described as “hawks, legislators who prioritize international religious freedom, the U.S.-Israel alliance, basic human rights, and many other priorities.”

Turkey “likely has made enough enemies” for the resolution to pass, said Alan Makovsky, a senior fellow at the Washington think tank Center for American Progress who studies Turkey. “Traditionally, the administration lobbies against it, warning that it would seriously corrode U.S.-Turkish relations. Given the current deterioration of bilateral relations … I doubt the administration would try to make that argument. Were it inclined to do so, it would likely fall on deaf ears in Congress,” Makovsky told Eurasianet.

“This would seem to be the opportune time” for the House to pass a genocide recognition resolution, Makovsky added.

There could also be action from the White House: President Trump’s advisers gave him a range of options to respond to Turkey’s military actions, one of which was that he could recognize the Armenian genocide, a White House adviser told Newsweek.

Although many of the House bill’s sponsors are longtime advocates of genocide recognition, some have promoted the issue now as a means of punishing Turkey for its operation in Syria.

“Now would be a good time for the United States to recognize the Armenian Genocide,” tweeted Ted Lieu, a Democratic representative from California, on October 14. “For too long, presidents like @realDonaldTrump were too afraid to acknowledge this historical truth out of respect for Turkey. Turkey no longer deserves our respect or our assistance.”

The motives behind the current push have rubbed some the wrong way. “First you instrumentalize the victims. Then you instrumentalize their tragedy. Thanks, but no thanks,” tweeted Artyom Tonoyan, a scholar at the University of Minnesota who otherwise supports the genocide recognition, in response to Lieu’s tweet.

John Evans, who was effectively fired from his job as U.S. ambassador to Armenia after calling the events of 1915 a genocide, has since become one of the U.S.’s leading advocates for formal U.S. government recognition.

But now may not be the right time, he said.

“Although it is high time the Armenian Genocide was universally recognized, to do so as a way of lashing out at Turkey seems to be inadvisable,” Evans, who made his controversial comments in 2005 and was subsequently prematurely recalled from his position in Yerevan, told Eurasianet. “Both because it instrumentalizes, or misuses, a serious issue; and because it is likely to cause a major backlash among the Turks, who are literally on the warpath just now.”

It’s not clear what Turkey’s reaction would be to the resolution’s passage. In 2010, the House Foreign Affairs Committee narrowly approved a similar resolution and Turkey withdrew its ambassador from Washington in protest. The resolution was never brought up for a vote in the full House.

A letter to members of Congress dated October 25 that appeared to be from Turkey’s ambassador in Washington opposing the resolution has been circulated by Armenian groups (the Turkish embassy did not immediately respond to queries from Eurasianet about its authenticity). The letter complained that the resolution “solely reflects the biased Armenian narrative” and that it “would not be helpful to promote an atmosphere of reconciliation between Turkey and Armenia.”

The letter detailed the close economic ties between Turkey and the U.S., but it did not lay out any potential response to the resolution passing.

The letter also claimed that “Turkey has made important efforts in addressing its history and in seeking a common ground with Armenia.” Under Erdoğan, Turkey has in fact made several steps toward a more honest reckoning with what happened in 1915, though that momentum has stalled or reversed as part of a broader crackdown in the country. And a full recognition of the genocide remains a distant prospect at best.

Several other countries around the world have passed genocide recognition resolutions, and Turkey has tended to view them as part of an anti-Turkey campaign rather than honest historical assessments. Many Armenians in Turkey believe the foreign resolutions do little to help the cause of Turkey’s own reckoning with its history.

“Decisions in European parliaments did not help Turkey acknowledge [the genocide],” said Yetvart Danzikyan, the editor of the Istanbul Armenian newspaper Agos. “So I don’t think this effort [in the U.S.] will help Turkey acknowledge. On the contrary, Turkey has always reacted against efforts like this,” Danzikyan told Eurasianet.

“I have always maintained that the important thing is for the Turks themselves to come to terms with their history, not for others to do so,” said Evans, the former U.S. ambassador.