Islamic State in Afghanistan is increasing its focus on China. 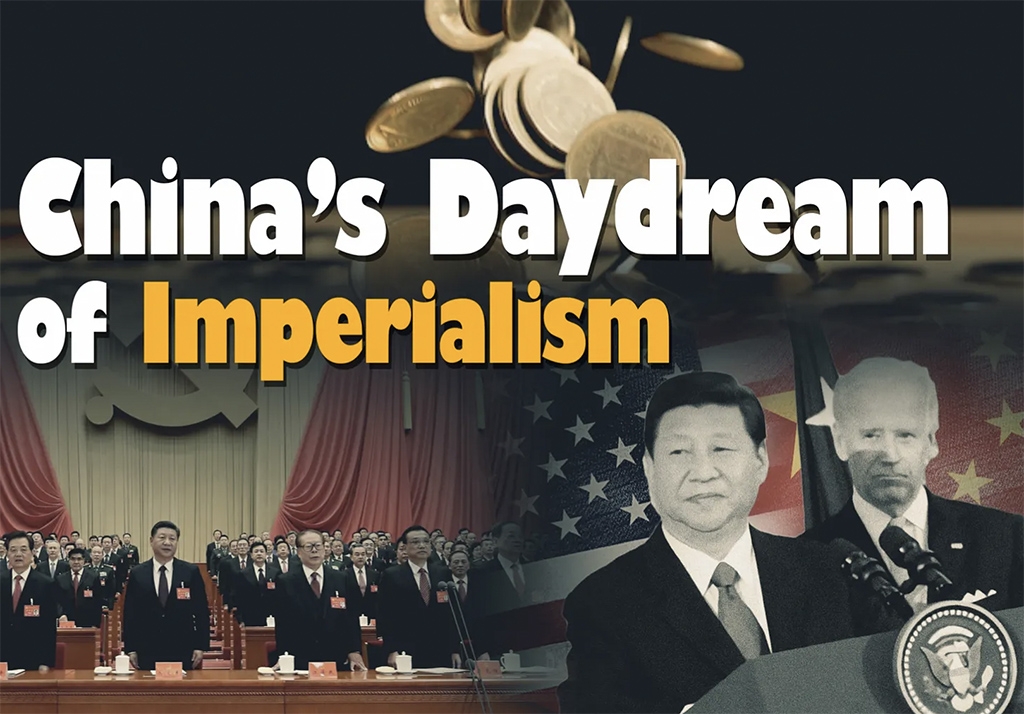 Earlier this month, the Islamic State’s branch in Afghanistan published its most comprehensive critique of China to date, belittling the Belt and Road Initiative and calling on Muslims to take up arms against “red atheists whose hands are soaked with the blood of innocent Uyghur Muslims.”

In rhetoric, China has become a top target of the Islamic State Khorasan Province. In part this is a response to China’s crimes against Muslims in its western Xinjiang region; ISKP propaganda is consumed by the Taliban-Beijing relationship and the idea that China has contracted the Taliban to round up Chinese-born Uyghurs who are based in Afghanistan. The Taliban is a proxy, ISKP says, hired to “tackle the advancement of the Islamic caliphate.”

The message is a headache for Beijing and Kabul, and it shows no sign of going away.

With its “ambition of conquering the world and establishing their own power sphere,” China is now on a collision course with ISKP, the group said in the article, “China’s Daydream of Imperialism,” published September 2 in the Voice of Khorasan magazine. The “tyrants” are destined to lose, ISKP assures its readers, unable “to protect themselves from the sharp knives of the caliphate’s soldiers.”

China – like other global powers – has been an ISKP target since the group formed. In July 2015, then-leader Hafiz Saeed Khan declared that ISKP “will fight … until we liberate all Muslim lands from Andalus [Spain] to East Turkistan [Xinjiang] from the hegemony of disbelievers.”

But the ISKP’s anti-China invective has increased since its rival, the Taliban, took control of Kabul a year ago. Until then, most Islamic State threats against China were issued by affiliates concentrated elsewhere.

Now ISKP propagandists have branched into geopolitical analysis, discussing China’s rapid economic rise and military buildup. The English-language article in Voice of Khorasan claims that China’s path resembles the historical ascent of the West, “although [the] military and economic influence of China, compared to the global reach of the America [sic], is more concentrated in its neighboring states.”

It goes on to threaten the Belt and Road Initiative, gloating that terrorism frightens foreign investors and upends investments.

“How will they [China] feel if their multi trillion-dollar BRI and other projects face nothing but huge loss[es] due to the lack of proper business environment in foreign countries?”

Voice of Khorasan often sets the tone for other Islamic State output, and the article appears to have inspired a September 9 post by Uzbek-language Tawhid News threatening attacks on BRI infrastructure and Central Asia gas pipelines running toward China.

This trend has become more noticeable in recent months.

A 20-page booklet posted on social media by ISKP’s Al-Azaim Foundation to mark the Eid holiday in July scorns the Taliban for “befriending Russians, the murderers of Chechen Muslims, and China, the murderers of Uyghur Muslims” and – again seething over the Taliban’s outreach to Beijing – for “[signing] pledges with kuffar [infidels] against the mujahideen of the Islamic State.”

The month before, in June, just weeks after claiming a rocket attack on Tajikistan, ISKP boasted in Voice of Khorasan about creating difficulties for the “murtad [apostate] Taliban regime” who want to “fulfill their void promise of ensuring no harm for their American, Chinese, and other international masters from the soil of Afghanistan.” They declared “it will be the turn of China and Iran” next and “soon the Islamic State’s warriors will attack the modern cities of China.”

The article criticized the Taliban for efforts to “protect Chinese occupiers” and refusing to “[avenge] the Uyghur Muslims or [free] Uyghur Muslims from the hands of the communist regime of China.”

ISKP is explicit about its spoiler strategy of using Afghan soil to launch both domestic and international attacks.

The group has claimed a string of deadly violence across Afghanistan this year, rocket attacks on Tajikistan and Uzbekistan, and on September 5 targeted the Russian embassy in Kabul with a suicide bombing that killed two Russians and four Afghans. All this undermines the Taliban’s authority and increases the cost of doing business in Afghanistan.

Certainly Beijing knows its personnel in Afghanistan are targets, as they have been in Pakistan. So long as ISKP can make good on any of its threats, China will proceed cautiously in Afghanistan.