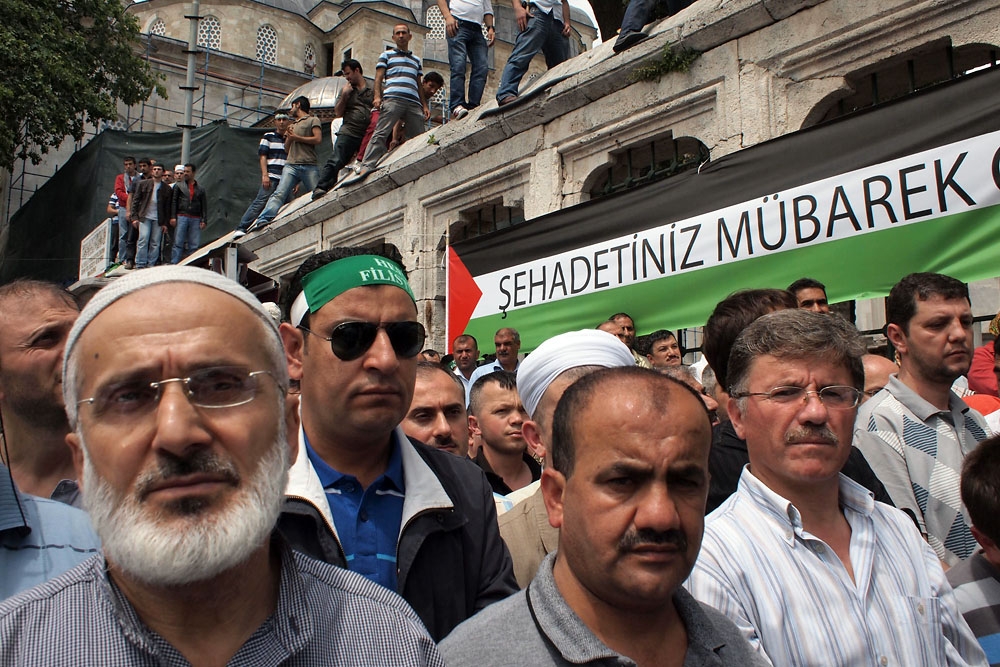 At the heart of the diplomatic crisis between Israel and Turkey, arising out of the tragic May 31 commando raid on an aid flotilla steaming towards Gaza, lies the rise of the previously obscure IHH, the Turkish Islamic non-governmental organization that spearheaded the convoy. The IHH’s rise, analysts say, was made possible by some profound changes – both promising and troubling – that have taken place in Turkey over the last decade, most significantly the flowering of civil society organizations in Turkey.

Islamic groups have especially benefited from the development of civil society over the past decade in Turkey. Prior to that, such groups had been subjected to intense scrutiny by secularist state institutions in Ankara. “Turkish civil society is much more of an actor in Turkey now. It is part of the struggle for democratization here,” said Ferhat Kentel, a professor of sociology at Istanbul’s Sehir University.

Says Izzet Sahin, who oversees IHH’s work in Western countries: “Previously you couldn’t see the reaction of civilians here. Now there is more freedom. Everybody feels more democratic now. This is not only for Muslims – it is for everybody.”

The story of the IHH, which started its work helping victims of the war in Bosnia during the 1990’s, is instructive. After the Turkish military – which considers itself the guardian of Turkey’s secular system – ousted a government in 1997 that was led by an Islamist party, the IHH and other Islamic organizations found themselves on the verge of being shut down.

The group’s headquarters were raided in 1998 by Turkish police officers, who sought weapons and evidence of ties to terrorism (the group denies any incriminating evidence was found). A year later, when a massive earthquake hit the outskirts of Istanbul, IHH was forbidden from distributing aid, or working in the quake zone.

But now, following the Israeli raid on the aid flotilla, in which at least nine people were killed, the group’s members found themselves welcomed home as heroes, and, in many ways, they are currently playing a determining role in shaping the forward course of Turkey’s relationship with Israel, something that could have far-reaching implications for the region, and for Ankara’s ties with Washington. [For background see EurasiaNet’s archive].

“It is obvious that, ideologically, they are driving the post-incident developments, and they also determine the tone of the debate,” says Soli Ozel, a political analyst and columnist for the Haberturk newspaper.

Turkey’s government, led by the Islamic-rooted Justice and Development Party (AKP), has been behind a far-reaching effort to democratize during its eight-year tenure in power. This has been felt particularly by Islamic organizations. “They have more room to operate in Turkey now,” says Ozel. “The more room comes from the fact that we do have a party in government that doesn’t see them as alien creatures.”

Jenny White, an anthropologist at Boston University, who studies Turkish Islamic movements, says that the apparent blessing that Ankara gave to IHH to move forward with its Gaza aid convoy is indicative of a potentially troubling move by groups from Turkey’s Islamist far right into the mainstream, particularly regarding the volatile Israeli-Palestinian issue. “What it says to me is that the far-right Islamists have captured the political issue of Gaza, and the government is using this for their purposes,” said White, who is currently working on a book about Islam and Turkish nationalism.

“It doesn’t mean that society is becoming more radicalized, but the radical segment of society has captured the issue of Gaza and the anti-Israel sentiment, which has a lot of political capital behind it,” White added. “The question is; how much does the government now owe the more radical organizations and segments of society who have captured this segment of public opinion?”

The IHH has been dogged in the past by charges that it is connected to Islamic terrorist groups, something group representatives deny. Inside IHH’s Istanbul headquarters -- a two-story building where a steady stream of people arrived to make donations, and where psychological counseling for flotilla members was being offered in the basement -- Sahin, the IHH organizer, insisted that it functions only as a relief and human rights advocacy group.

“The officials of this organization are not terrorists, their work is not terrorism and the organization doesn’t have any links to terrorist organizations. Our works go through local charities to needy people,” said Sahin, who recently spent five months in Israel organizing the group’s work in the West Bank and Gaza and studying Hebrew at Jerusalem’s Hebrew University. A few weeks before the aid flotilla was to set sail, Israeli authorities arrested Sahin, who spent 21 days in jail before being released.

At the June 3 funeral services in Istanbul for flotilla members killed, and at a downtown rally held the night before to celebrate the release of other activists, supporters of the IHH and its Gaza mission spoke in less charitable terms. “I think Israel has to be erased from the map of the Middle East,” said Murat Hazine, an economics student and IHH volunteer who attended the funeral. The services were punctuated with cries of “Damn Israel” and “Allah u akbar” from the crowd.

Analysts warn that any sort of radicalization on the public level could ultimately prove costly for Turkey as the country tries to reposition itself as a responsible regional leader with global diplomatic aspirations. “In terms of how the world sees Turkey, if you have cries of ‘Allah u akbar’ coming from officially sanctioned demonstrations, then the question arises whether the country’s efforts are humanitarian or ideological,” says Hugh Pope, Turkey analyst with the International Crisis Group.

In a sign that moderate Turkish Islamic circles may be concerned about a rightward shift, Fethullah Gulen, a US-based Turkish imam with a strong following in Turkey, criticized the Gaza flotilla in an interview published in the June 4 issue of the Wall Street Journal. The organizers’ failure to reach an agreement with Israel, “is a sign of defying authority, and will not lead to fruitful matters," said Gulen, whose movement in Turkey controls several media outlets and business groups and wields a high level of political influence.

Yigal Schleifer is a freelance journalist based in Istanbul. He is the editor of EurasiaNet's Kebabistan blog.