In response, Beijing urged its nationals to leave Afghanistan. Then a Chinese firm signed a big new oil deal in the country’s north. 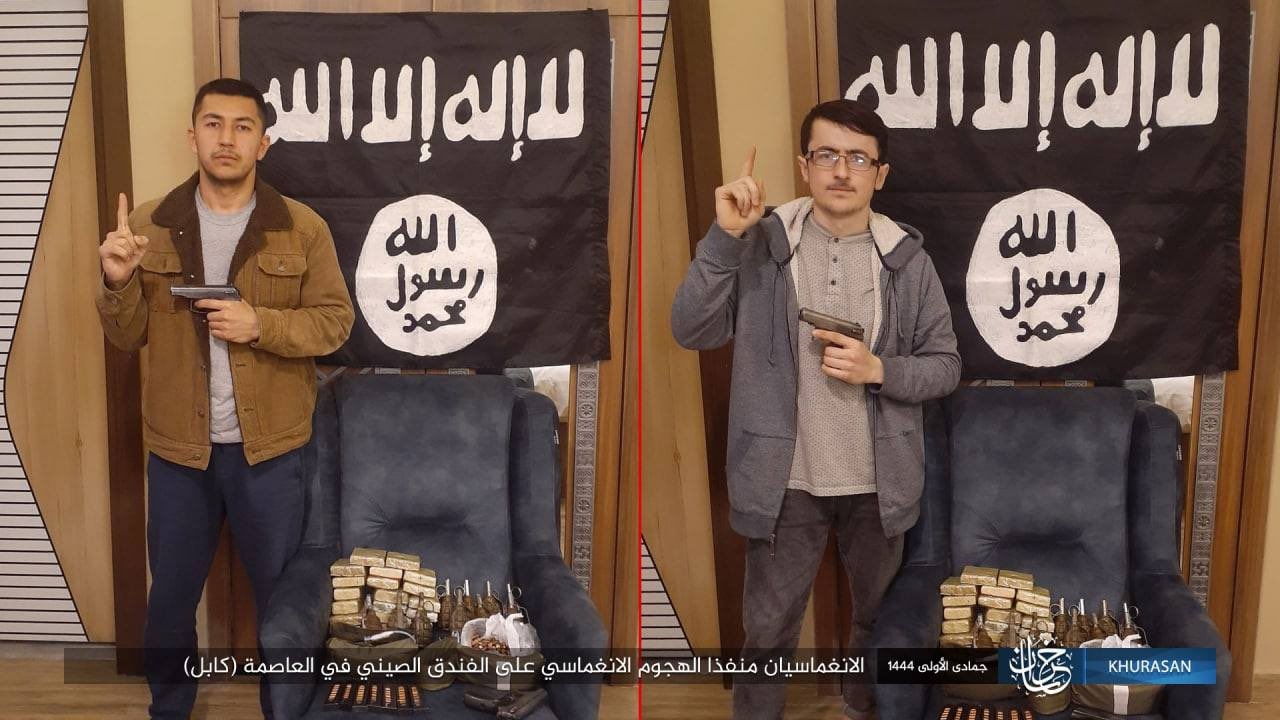 Last month, in the weeks following an assault at a Kabul hotel frequented by Chinese businesspeople, Islamic State militants were tightlipped. While celebrating – and exaggerating – the destruction, the group’s propagandists said little about the attackers who gravely injured five Chinese nationals, killed several Afghan security officers, and prompted Beijing to ask its citizens to leave the country.

Now Islamic State says the bombing and shootout were co-led by a Tajik man who managed to escape and go on to kill several Taliban in a suicide bombing at a Kabul airport checkpoint on January 1.

In the wake of the December 12 attack on Kabul Longan Hotel, IS Telegram channels featured chatter about the involvement of Central Asian jihadists. But nothing was confirmed until January 5, when IS’s official weekly newsletter, al-Naba, announced that the attacker was a man named Abdul Jabbar. Jabbar, it said, was born to a wealthy family in Tajikistan, though he grew up largely abroad; it did not say where. Al-Naba featured a photo of Jabbar on the cover and a two-page article celebrating his martyrdom. Islamic State Khorasan Province (ISKP), the group’s Afghanistan and Pakistan branch, this week promised to release a video praising the men and criticizing the Taliban for its warm relations with China.

Jabbar’s Tajik background is yet another indicator of ISKP’s push to build support in post-Soviet Central Asia. Over the past year, the Kabul region has been a hotspot for Islamic State cells involving Tajik militants, and Jabbar joins the growing list of “martyrs” from Tajikistan extolled by ISKP as examples to follow.

The June 2022 attack on a Sikh temple in Kabul was conducted by Tajikistan-born Abu Muhammad al-Tajiki, ISKP claimed with glowing profiles in its magazines. Al-Tajiki was described as a jack of all trades in Kabul: running a suicide bomber training cell, overseeing ISKP’s Tajik media wing, writing books, articles and magazines.

The newly prominent role of Central Asian militants coincides with increasing propaganda in the Tajik and Uzbek languages, which ISKP uses to amplify ideologues from Central Asia and spread its message there. In late November ISKP published a biography on the Islamic Movement of Uzbekistan-turned-ISKP cleric Asadullah al-Urgenchi (“from Urgench” in Uzbekistan’s Khorezm province). Urgenchi, who probably died in 2015, remains a potent influence among ISKP’s Central Asian sympathizers; the profile saluted the role Uzbeks have played in contributing to the movement.

Beyond propaganda, ISKP has been waging a multi-pronged effort to expand north of the Amu Darya river, with recruitment, fundraising and violence – notably with rocket attacks on border regions of Uzbekistan and Tajikistan last spring.

Islamic State grievances against China pre-date the Taliban’s takeover of Afghanistan in 2021. IS and the Taliban were sworn enemies as far back as 2015. Later, as global powers, including China, began to negotiate with Taliban leaders in the waning days of the Islamic Republic, IS saw an opportunity to highlight China’s abuse of its own Muslims and poison the friendship.

Now that the Taliban is in control, and China one of the few powers willing to do business in Afghanistan, Chinese interests have become a target for militants wishing to spoil Taliban attempts to build a functioning state.

After the hotel attack, as is typical, Islamic State boasted an exaggerated death toll and defended its wrath. Al-Naba lamented that though Muslims worldwide are distraught over Beijing’s treatment of its Muslims in Xinjiang, “sadly these campaigns were no more than words and images.” In contrast, Islamic State “sought fastidiously to put its threats towards China into action on the ground […] initiating the journey of vengeance.”

This all makes China’s plans to develop oilfields in several northern Afghan provinces, announced by a Taliban official on January 5, a possible target. Though China has not formally recognized the Taliban government, Xinjiang Central Asia Petroleum and Gas is reportedly planning to spend $540 million over three years as part of a 25-year extraction deal, the first between the Taliban and a foreign company.