Al-Azaim Tajiki has become one of the most vigorous Islamic State evangelists targeting Central Asia. 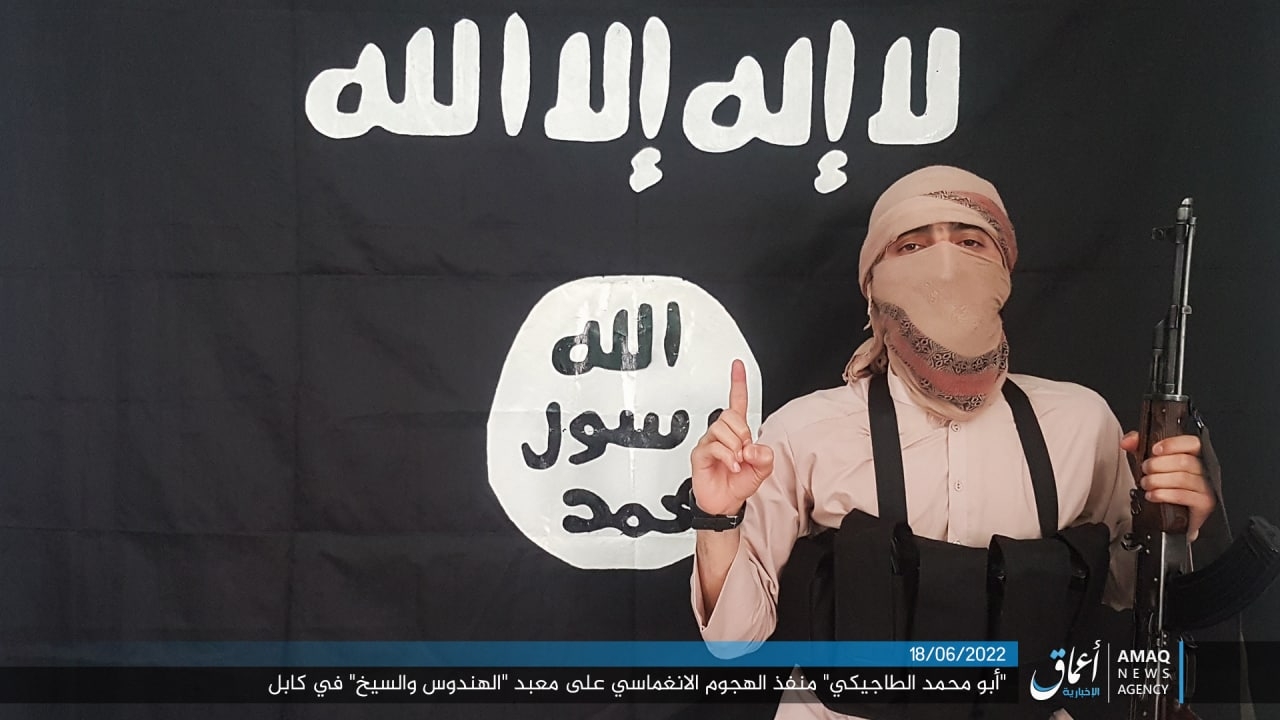 It might have seemed like a setback for Islamic State in Afghanistan when Yusuf Tajiki, a prominent Tajik-speaking propagandist, was reportedly killed this month by the Taliban.

But fighting militants is a game of whack-a-mole and Yusuf Tajiki is already being eclipsed by a parallel outlet targeting the same audience: Al-Azaim Tajiki. Islamic State Khurasan Province’s magazine has recognized Al-Azaim as part of its central propaganda network, endorsing it in a tribute to Abu Muhammad al-Tajiki, the Tajikistan-born suicide bomber who attacked Kabul’s Sikh temple in June.

In line with its recent rocket assaults on Uzbekistan and Tajikistan, ISKP has intensified its hostile rhetoric against post-Soviet Central Asia’s authoritarian leaders. With Al-Azaim on Telegram, the group has ramped up efforts to broaden appeal among speakers of Central Asian languages, promising new attacks weekly.

As a clue to ISKP’s northward intentions, the emergence of a designated Tajik-language media outlet showcases the terror group’s attempt to segment its audiences. Al-Azaim now spearheads ISKP outreach among Tajik speakers, while its operatives are closely linked to a large online pro-Islamic State network stretching from Afghanistan to Syria.

These supportive Tajik Telegram groups include Protectors of the Ummat, Devotion and Loyalty, and Islamic Book House, among others. Al-Azaim is also sometimes recommended, and invitation links are shared, by pro-ISKP channels in other languages, such as Pashto.

Al-Azaim’s discussion channels also share administrators with the Sadoi Shaykh Telegram channel. Both have identified one “Valid Umarov” – said to be a Tajikistan-born member of the Taliban that had infiltrated ISKP – as orchestrating Yusuf Tajiki’s death. Al-Azaim’s unique reporting on his death further affirms its knowledge of battleground developments in Afghanistan.

The discussion groups add a more organic and interactive human element, facilitating an intimate setting for Tajik IS sympathizers to share and talk about religious content, regional and international affairs, as well as Islamic State videos and the latest organizational news.

More recently, Al-Azaim has been sharing Islamic State history lessons with its followers and has been posting early IS videos translated into Tajik and Russian.

Though Al-Azaim is a shadowy network that takes security precautions seriously, there are a few regular figures that appear central to the campaign, perhaps most notably those identifying themselves as “Abu Maytuha” and “I’lam Tajiki.” (I’lam means “media” in Arabic.)

Abu Maytuha was an administrator for the original Protectors of the Ummat discussion group that recruited for ISKP and raised money using Russian banks for IS families in Syrian detention camps. He was likewise involved with the associated Tajik Telegram channel Movarounnahr, which has since been disabled. He remains a member of Protectors of Ummah and other channels and his posts on Al-Azaim are regularly shared on the aligned Sadoi Shaykh channel. This suggests at minimum a level of coordination with the Sadoi Shaykh administrators, but it could also mean that Al-Azaim has created Sadoi Shaykh to get ahead of blocks by Telegram.

The group’s second admin, I’lam Tajiki, primarily promotes the services of I’lam Foundation, which is the leading translation and distribution channel for Islamic State propaganda. Likewise, to ensure that followers are not lost when, inevitably, Telegram suspends channels, Al-Azaim released an instructional video on how to download the secure TOR browser and access the Tajik section of I’lam’s dark web platform.

The logic is clear, and it is not new. With the rise of ISKP in multiple provinces of Afghanistan, Al-Azaim and I’lam aim to turn more Tajik sympathizers into recruits. In this way they are mimicking Islamic State’s strategy during its heyday in Iraq and Syria between 2014-2017 by driving targeted propaganda to new regional audiences.