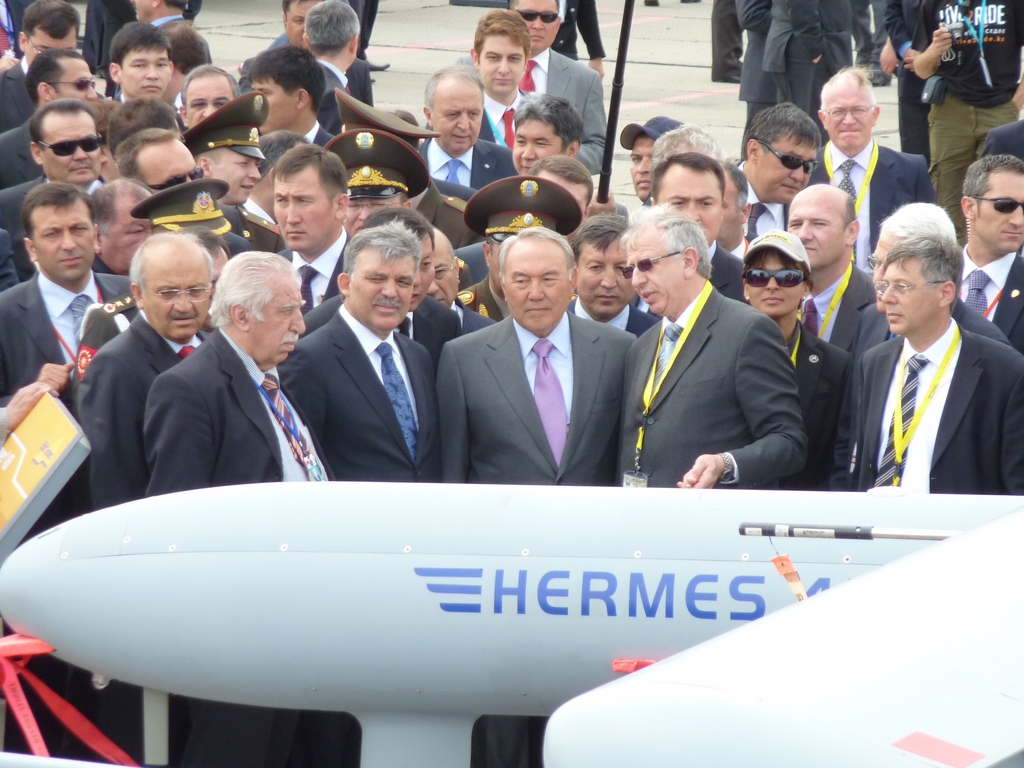 Kazakhstan's defense minister has visited Israel, where he met with officials including President Shimon Peres and discussed what seemed to be an ambitious expansion of military cooperation between the two countries. The focus of the cooperation would be training -- including Israeli soldiers conducting drills in Kazakhstan -- and Israeli technical expertise for Kazakhstan's nascent defense industry. From a Kazakhstan Ministry of Defense press release:

In the sphere of military interaction the President of Israel offered to conduct joint exercises of the Armed Forces of two countries on Kazakhstan firing fields.

In turn, [Kazakhstan Defense Minister] Adilbek Dzhaksybekov noted that Kazakhstan gives special importance to the expansion of investment and technical cooperation with Israel in military industry....

“Today the defining tendency of development of the Armed Forces of Kazakhstan is its professionalization. At the present stage changed forms and methods of warfare and applied them in armaments and military equipment require highly skilled experts - military professionals. In this context, we attach particular importance to the possibility of studying the experience of combat training of the Armed Forces of Israel,” the Minister of Defence of Kazakhstan noted.

Representatives from state defense manufacturer Kazakhstan Engineering also visited Israeli defense contractors. Kazakhstan has recently expressed interest in drones from Israel as part of its broad expansion of weaponry suppliers. But only major defense deal to date between the two countries did not end well: after Kazakhstan bought nearly $200 million of artillery and rockets from Israel in 2006-7, some of the equipment turned out to be defective. Kazakhstan's deputy defense minister was imprisoned on abuse of power charges and the defense minister lost his job -- all at a cost to Kazakhstan's government of $82 million.