Aierken Saimaiti was named in a news report earlier this year as the moneyman for a shadowy powerbroker. 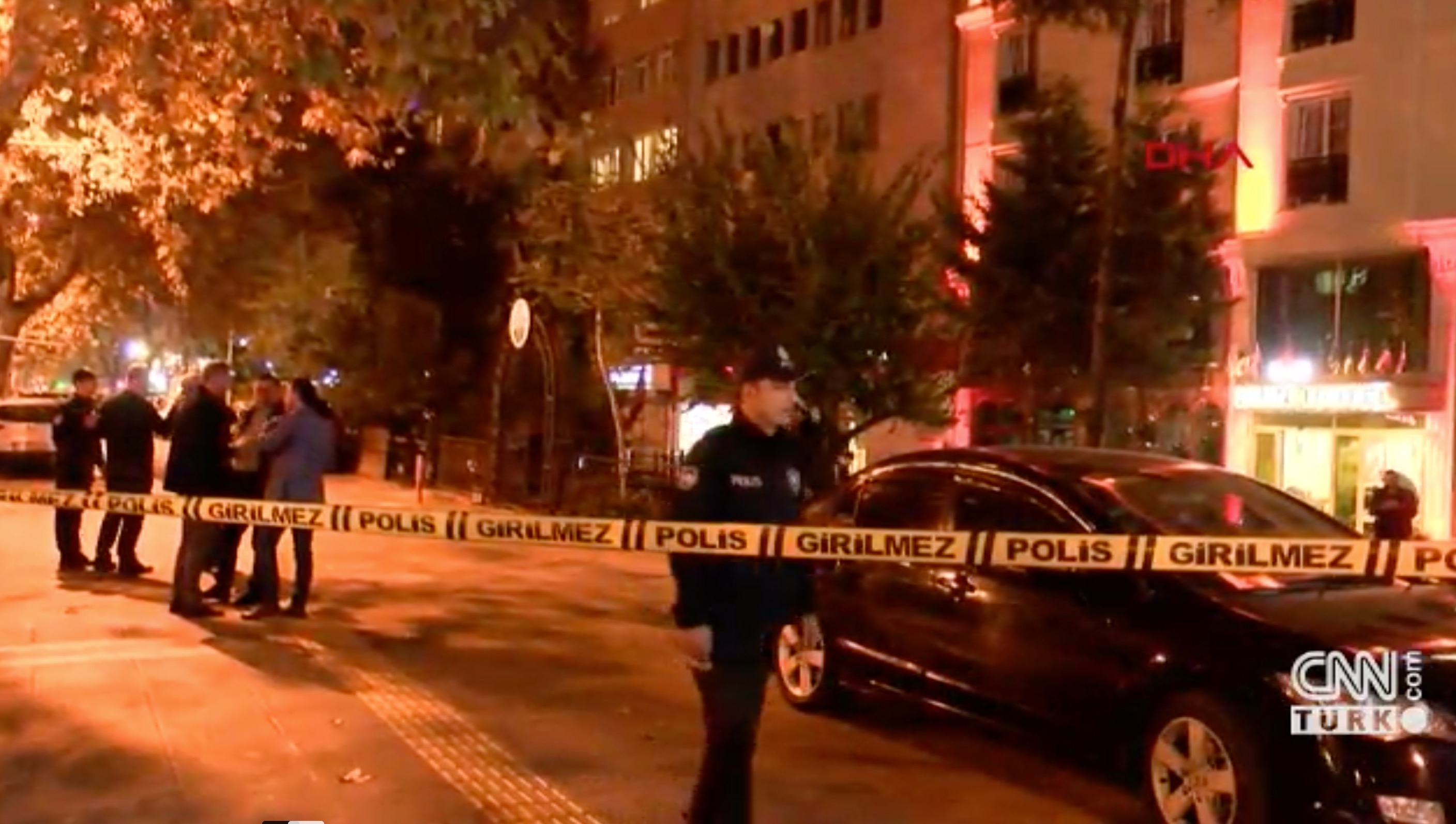 Screengrab of CNN Turk footage from the scene of the shooting.

The news of the killing of Chinese national Aierken Saimaiti in Istanbul this week initially caused eyebrows in Kyrgyzstan to rise. Now, it is causing jaws to drop.

Saimaiti’s name became a matter of public interest in Kyrgyzstan in May, when RFE/RL’s Kyrgyz service, Radio Azattyk, ran an extensive report alleging that he was the conduit through which a family of influential powerbrokers had funneled hundreds of millions of dollars out of the country.

The best-known figure in that family is Rayimbek Matraimov, a former senior customs official accused by his detractors of presiding over a web of corruption. Matraimov has denied these accusations.

Following the publication of the Azattyk report, financial police opened an investigation and discovered, they said, that Saimaiti and his wife had contrived over the period from 2011 to 2019 to transfer $647 million out of Kyrgyzstan to numerous jurisdictions in the West, Russia, and known offshore havens such as the British Virgin Islands. The stated purpose of those transfers was to pay for supply contracts for goods such as textile products, motor oils and engine parts.

As far as the Matraimov family is concerned this is nothing to do with them. They were supported in their position by the finance police, who said in July that they had found no clear connection between Saimaiti and the Matraimovs, thereby striking down notions that they would pursue widely aired allegations of money-laundering.

Saimaiti, an ethnic Uyghur from China’s Xinjiang western region who also held a Ukrainian passport, might have gradually sunk back into obscurity for the wider public but for the dramatic events of the evening of November 10. The businessman was seated in the garden of a hotel in the very center of Istanbul’s Fatih district when a car pulled up outside and the men inside fired gunshots. The killers quickly fled the scene.

Two days later, Turkish police detained a group of three men – initially identified as two Kyrgyz nationals and a Syrian – as they sought to fly out of the country from the airport in the city of Adana, in southern Turkey. Azattyk cited a Adana police department official as saying that the suspects had confessed, that they had met in Syria and come to Turkey one month previously, and that they had killed Saimaiti because he was not a Muslim. On November 13, Bishkek-based news website Kaktus cited the Kyrgyz Foreign Ministry as saying that none of the suspects were actually Kyrgyz.

While that investigation is unfolding, questions are being asked about alleged ties between Saimaiti and Kyrgyzstan’s now-dismissed consul general in Istanbul, Erkin Sopokov. When police searched the contents of Saimaiti’s pockets, they found the keys to a Range Rover with diplomatic plates. This vehicle, it then emerged, was Sopokov’s service car. 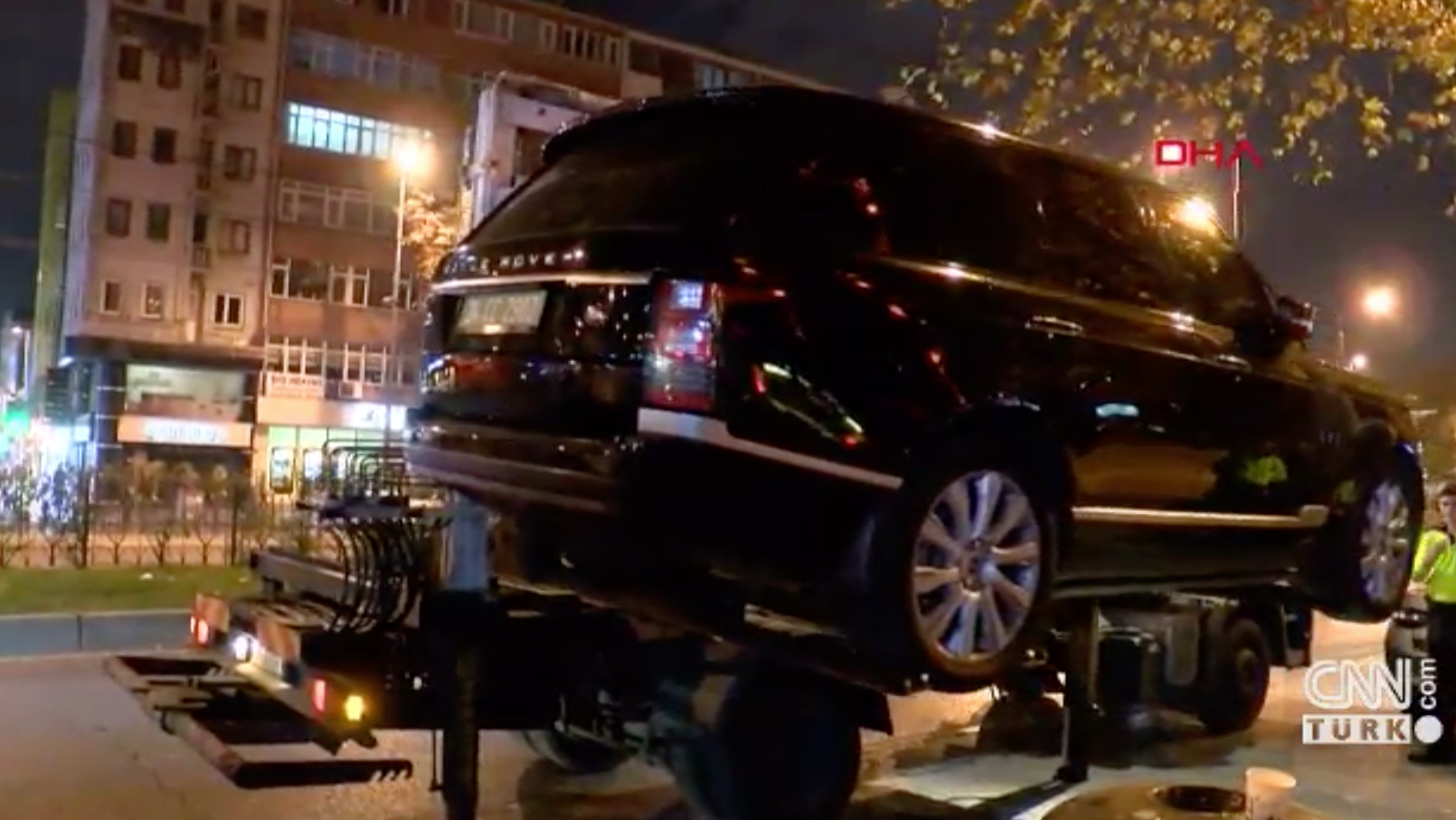 The Kyrgyz Foreign Ministry then issued a statement roundly rubbishing Sopokov’s time in service and announcing that he was being dismissed from his post. The statement said that Sopokov had routinely made improper use of the embassy’s service vehicle and that he had recently passed it on to a car dealership without bothering to revoke the diplomatic plates.

As details continue to emerge, Kyrgyz authorities have begun to say that Saimaiti was in their legal crosshairs. On November 12, Kyrgyz finance police revealed he had been placed on a wanted notice in September, Azattyk reported. It was not stated on what charges Saimaiti was being sought.

And on November 13, it was reported that Saimaiti had fraudulently obtained a bogus Kyrgyz passport. Also, police in Bishkek said they had received a complaint in May 2017 from a Chinese citizen named only as A.A. accusing Saimaiti of defrauding him of more than $3 million. A wanted notice was issued against the businessman at the time too.

In the background of this convoluted tale is the figure of Rayimbek Matraimov.

Shirin Aitmatova, an activist and politician who has led the charge in pressuring the government into launching a full investigation into Matraimov’s business dealings, speculated that Saimaiti might have been killed because of some information in his possession.

It is possible “he was killed by people who were afraid that he would give them up, or that he had done so already,” Aitmatova told Kaktus.

Kaktus also reached out to Matraimov family members for comment. Rayimbek Matraimov’s older brother, Iskender, who is a member of parliament, replied with a terse SMS: “What comment do you want me to give you? There is a God.”