Georgia’s behind-the-scenes ruler has made his most extensive comments to date on Georgia’s ongoing political crisis, also indulging in long digressions into psychoanalysis and motherhood. 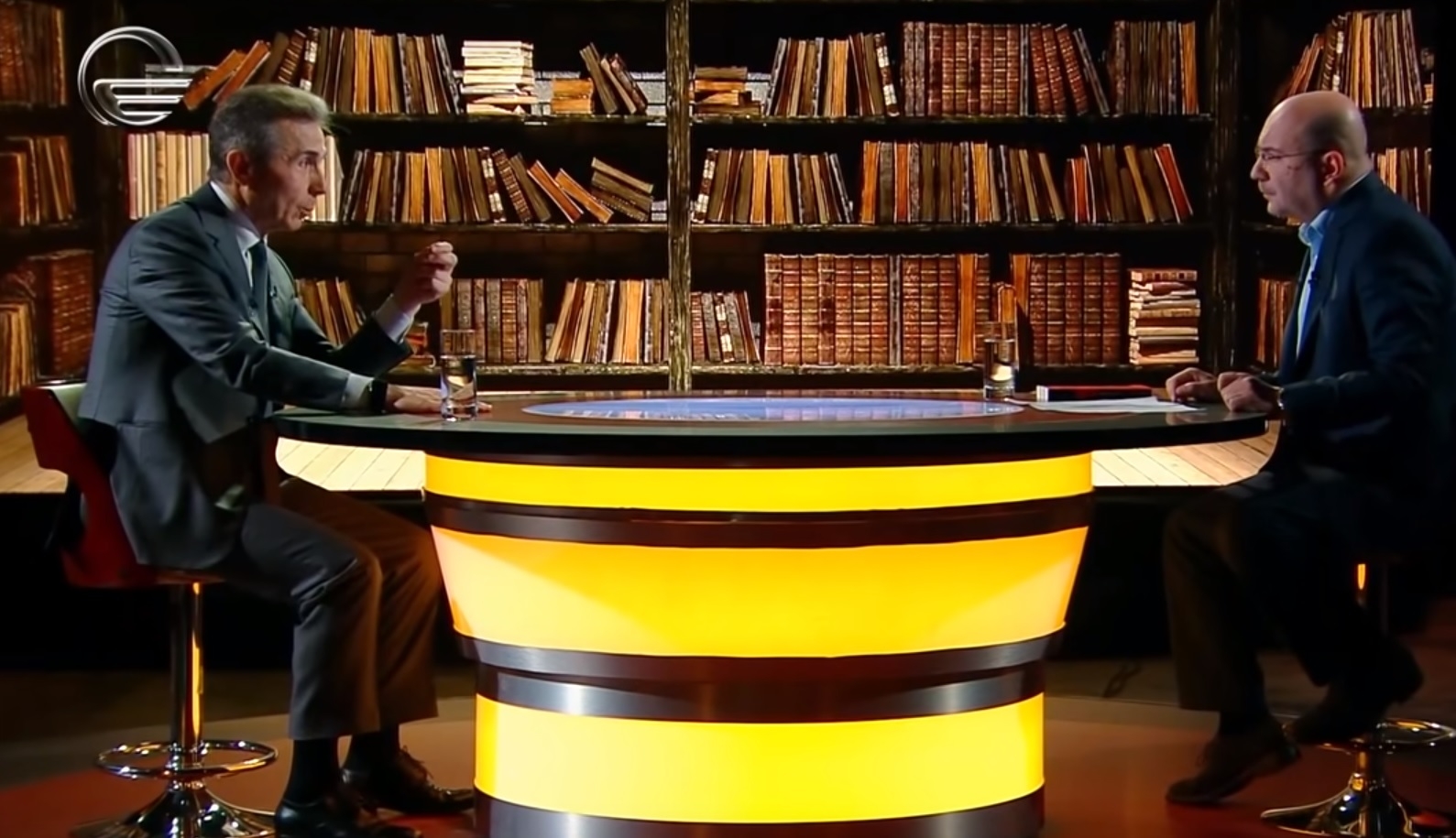 Screenshot of the chair of Georgia's ruling party, Bidzina Ivanishvili, sitting for an interview with Imedi TV.

The very idea of mother is losing its meaning around the world, Georgian billionaire and political overlord Bidzina Ivanishvili has lamented in a recent interview, resulting in a growing global dependence on anti-depressants. While he has more pressing matters to discuss – not least, a wave of protests against his long rule – Ivanishvili could not resist the temptation to channel his inner Freud.

“Psychology is my favorite subject ever,” said Ivanishvili, chairman of the ruling Georgian Dream party. “My entire team has been begging me not to talk about psychology and motherhood” in previous media appearances, he admitted. Allowing that now may not have been the best time and place for it, either, Ivanishvili continued to hold forth on his belief in the deep links between motherhood and politics.

The hour-and-a-half interview, aired November 27, was intended to be Ivanishvili’s response on the political crisis that has gripped Georgia in recent weeks, as protesters have taken to the streets to demand an end to his rule after Georgian Dream failed to pass a critical election reform. But he saw the events as the manifestation of something deeper than mere electoral politics.

The rise of liberal gender-identity movements notwithstanding, Ivanishvili said that the role of a mother, as a cisgender female, is irreplaceable. The lack of a mother during childhood leads to a whole slew of issues in adulthood, and could explain why his political opponents are out in the streets, staging protests and demanding that he exit politics, Ivanishvili suggested.

The main problem of his political opponents, he went on, “is that they have no love for their homeland, though I believe they also have deeper issues” possibly linked to the lack of proper motherly love. “If I quit politics early, I will devote the remaining years to advising…Georgians to make sure that children are raised by mothers,” Ivanishvili said.

In protesters’ view, the problem is simpler: that Ivanishvili appears to have no intention to quit politics, but rather is maneuvering to extend the hold on power that he exercises through a pliant legislature, executive and judiciary.

In the past, Ivanishvili would invite the nation’s entire press corps to his hillside mansion for sit-downs that could last hours. This interview – with an obsequious journalist from the Georgian Dream-friendly Imedi TV – spoke to his increasing isolation.

It has long been Ivanishvili’s wont to digress from questions about his role as the country’s political godfather toward his fascination with psychoanalysis and the mother-child bond. “Children must stay with their mothers until they are three or four years old, so they can go through with the formation of their identity,” he said in a 2012 interview. “The biological birth must be followed by a psychological birth.”

Take former president and sworn enemy Mikheil Saakashvili, Ivanishvili said in this most recent interview. That man’s main problem was that he had no love in him, hence the mistreatment of citizens and institutions under his rule, Ivanishvili said.

As he has repeatedly, Ivanishvili dismissed the current protesters as pawns in the exiled ex-president’s unrelenting bid to return to power in Georgia. He advised the opposition, to which he referred as a collective “United National Movement,” Saakashvili’s party, “to quit banging their heads against the wall” as they have “zero chance of coming to power.”

The current anti-Ivanishvili movement, led by youth activist groups, in fact includes a mosaic of opposition parties and human rights groups, including a number of longtime Saakashvili critics and some of Ivanishvili’s own former allies. They have united around a demand to reform Georgia’s electoral law and make the parliament, now disproportionately dominated by Ivanishvili’s Georgian Dream party, more representative of the voters’ will.

But from the day he ended Saakashvili’s rule in 2012 and later effectively banished him from Georgia, Ivanishvili has relied on the ex-president as a bogeyman in times of crisis. Years have gone by since that landmark moment in Georgian history, Ivanishvili moved around many prime ministers, presidents (and massive trees), but Saakashvili remained his main defense against criticism of his own political record.

Taking the psychoanalysis theme and running with it, some of the interview’s viewers cast Ivanishvili’s preoccupation with Saakashvili as a Freudian rivalry. “The entire government has an inferiority complex in relation to Misha [Saakashvili],” said Gubaz Sanikidze, an opposition politician and erstwhile Ivanishvili ally. Saakashvili himself scoffed at Ivanishvili’s diminutive stature, pointing out that he is a bigger man in every sense.

Others see it as a psephological, rather than psychological matter. Framing the ongoing tension as the battle between Qotsi and Natsi, widespread pejoratives for Georgian Dream and United National Movement respectively, helps Ivanishvili play down alternative options on the ballot and engage in a Saakashvili scare campaign during elections.

Opinion polls suggest voter disenchantment with both parties and a hunger for an alternative or a diverse, multi-party government. Ivanishvili, however, claimed that the polls are completely off and again pulled in Saakashvili, saying that he controls the surveys. Ivanishvili lambasted the National Democratic Institute and International Republican Institute, the U.S. organizations sponsoring the polls, for wasting American taxpayers’ money on botched surveys.

It seems ever more clear that Ivanishvili is in fact morphing into the kind of Saakashvili he always talks about, increasingly resorting to crackdowns on demonstrations, harassment of critical media and persecution of political rivals. In recent days, thuggish groups of Georgian Dream supporters, including government employees, have gone on the offensive against the demonstrations, attacking and beating anti-government protesters.

Georgian Ombudswoman Nino Lomjaria told journalists on December 2 that the recent incidents were a throwback to 2011 and 2012, when Georgian Dream, then a newly formed opposition alliance vigorously opposed by the then-ruling United National Movement, faced violent attacks and harassment. She warned that these incidents could take the country into deeper political crisis. To defuse the crisis, Lomjaria called for revisiting electoral reform.